Scan this QR code download this case study to your phone:

With the continuous expansion of cities and urban population growth in recent years, city administrations faces major challenges across public services, environmental protection, emergency response, and security management. Municipalities are looking to make greater use of digital solutions to support their staff and provide public services, but conventional wired networks are both expensive to deploy and inflexible. At the same time, usage of Wi-Fi poses potential security risks, such as illegal intrusion, Trojan horse implantation, and internal information leakage, to the entire e-government network.

Huawei says the 5G e-government private network, underpinned by the mobile VPN solution, provides secure access to intranets with a better user experience. This improves work efficiency and reduces the VPN operation duration for network access by 15.3 minutes per person per day, according to the Government Services and Data Management Bureau. As a result, the solution has cut costs, improved security and increased public satisfaction.

In the wake of the COVID-19 pandemic, people increasingly communicate with each other remotely, for example, through mobile office applications, intranet access, video conferences, and online classes. Huawei believes all of these services could benefit from its Mobile VPN solution. The technology could be used, for example, to support online learning, to assist the government in managing smart cities and to deliver public services to citizens. Other potential applications include data transmission for medical services to improve diagnosis and treatment efficiency, and enabling employees to remotely access enterprise intranets to improve work efficiency.

Cities need to get smarter. With fast growth in urban populations in recent years, city administrations faces major challenges across public services, environmental protection, emergency response and security management. At the same time, the Covid-19 pandemic has made it important to reduce face-to-face contact, particularly in densely-populated urban areas.

To address these challenges, municipalities are looking to make greater use of digital solutions both to support their internal operations and provide public services. But conventional wired networks are expensive to deploy and inflexible, while Wi-Fi can pose security risks, such as illegal intrusion, Trojan horse implantation and internal information leakage, to the entire e-government network.

Virtual private networks (VPNs) are widely used to try and improve security, but they can result in complex authentication, a poor user experience, and security issues, as intranet data has to travel through the Internet. They can also be expensive: to provide remote office services via Wi-Fi or 4G, VPN servers need to be purchased and deployed to enable VPN gateways to establish data tunnels from the Internet to an intranet.

To overcome these challenges, China Mobile and Huawei jointly built a 5G e-government private network for the Government Services and Data Management Bureau in Pingshan District, Shenzhen, using Huawei’s Mobile VPN solution, which harnesses the capabilities of a 5G core network to overcome the disadvantages of a conventional VPN.

The partners deployed uplink classifier (ULCL) technology on a 5G edge compute facility dedicated to e-government services in a data centre in Pingshan District. The ULCL technology steers public service flows to the e-government network, physically isolating the traffic from the public Internet. Located on an edge user plane function (UPF) within a 5G core network, the ULCL technology also removes the need for an individual to use one SIM card for the public Internet and another SIM card to access a private VPN. The ULCL enables a single cloud server to direct traffic to either the public Internet or a private intranet.

Huawei says its Mobile VPN solution also eliminates the need to purchase and deploy VPN-specific devices and related services. “Compared with conventional VPN solutions, the Mobile VPN solution helps reduce the network construction cost by 15% and network maintenance cost by 20%,” says Richard Liu, president of Huawei cloud core network product line. “Compared with wired networks, such as those based on optical fibres, wireless networks are freed from optical fiber and network cable routing, cutting maintenance costs, reducing the network investment by 30%, and shortening the construction period by half.”

The Government Services and Data Management Bureau has taken multiple other measures to further reduce the risk of intranet data leakage. These include secondary authentication for terminals and encryption for end-to-end data transmission, while different service rights are granted to users by user attribute, and a whitelist is configured to allow specified terminals to access the 5G e-government network. 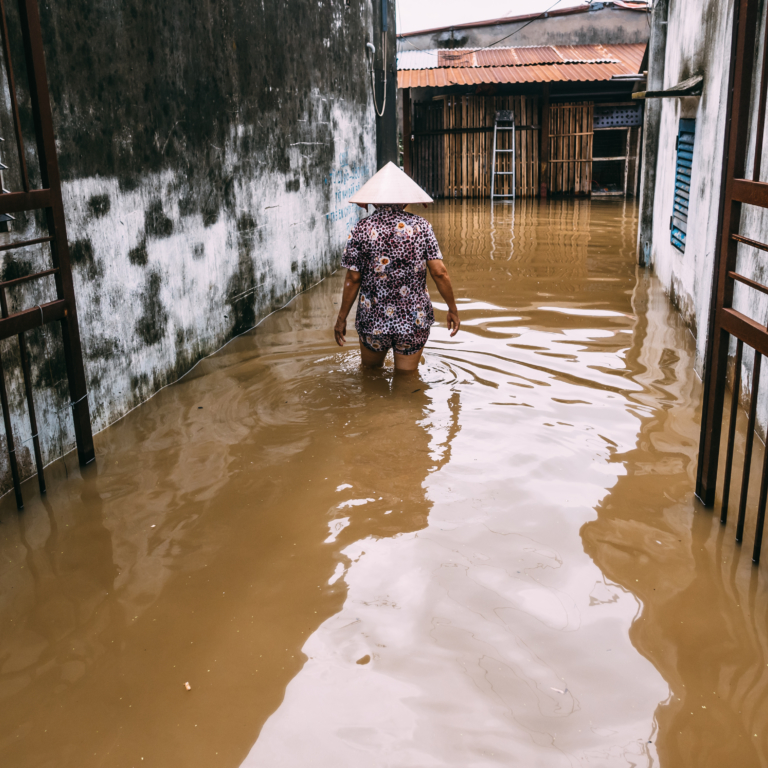 Following the implementation of the new architecture, the Government Services and Data Management Bureau has scaled up its smart city applications: Integrated self-service terminals for public services have been deployed within communities, giving residents convenient access to services, such as handling social insurance affairs, instead of going to a particular public service hall. As a result, city officials say they have seen “a tremendous improvement in service satisfaction.”

Moreover, a national health information platform has been deployed in the Pingshan District to help combat the pandemic, by supporting preventative measures, such as COVID-19 testing, epidemiologic investigation, and the tracking of close contacts within two hours.

Furthermore, the city administration has deployed information collection and real-time video monitoring systems in more than 500 high-risk places (such as urban waterlogging areas and dangerous buildings) in Shenzhen to improve public safety. Shenzhen city is a mountainous area, there are risks of landslides during the rainy season, landslide risks can only be identified through manual inspection in the past, according to the news, a landslide occurred at Shenzhen on 20 December 2015, it destroyed and buried buildings and worker living quarters in the nearby industrial park, the death toll was 73, with 4 people reported missing. The government of Pinshan district built a monitoring system through 5G e-government private network, which covers 129 geological disasters, 121 key flood control locations, this system can monitor dangerous areas in real time 24 hours a day, the local government can release an hour's forecast in advance, the number of fatalities in landslide accidents in Shenzhen has been zero since 2021. Meanwhile, a new gas pollution and water quality monitoring network is tracking real-time gas and water quality, the air quality index of Shenzhen is excellent. and 5G-connected drones are being deployed to promptly detect fires. 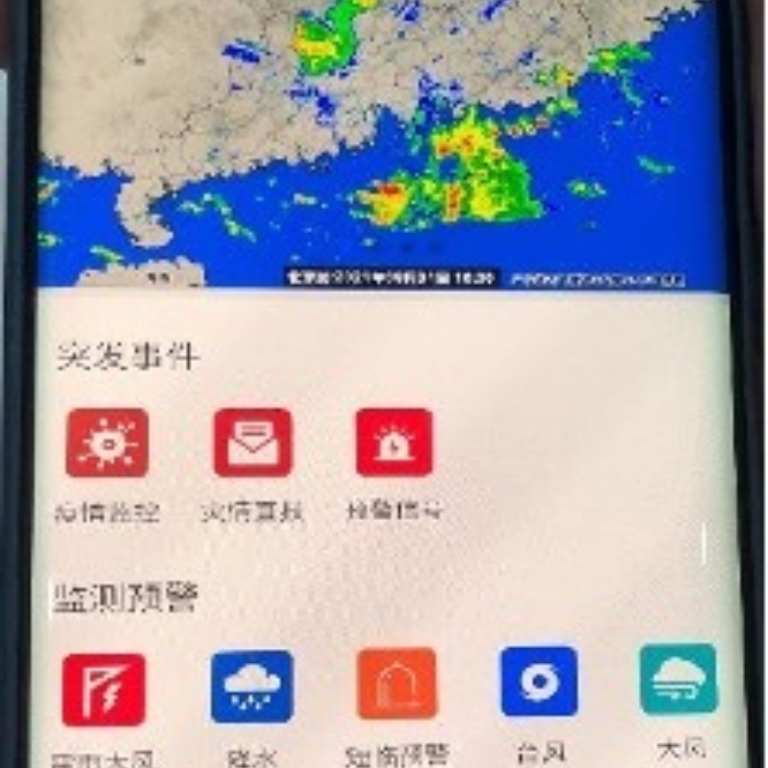 By enabling remote users to access internal networks as easily and securely as if they were on-premise. Huawei says its Mobile VPN solution is now being used by more than 500 organisations, including educational institutions, public services, healthcare clinics and enterprises within China. For example, Guangdong University of Foreign Studies is using the Mobile VPN solution and a new 5G core network to provide a dedicated and direct connection from students’ and teachers’ devices to the campus intranet.

As it looks to deploy the solution outside China, Huawei says it is adding the intelligent traffic distribution capability of the ULCL technology on to 4G networks to enable 4G operators to also offer mobile VPN services. “As 4G is still the mainstream in some regions, Huawei’s fully convergent core network will apply 5G technologies to 4G networks,” says Richard Liu, president of Huawei cloud core network product line. “This makes the ULCL–based traffic steering possible on a 4G network, which means that Mobile VPN is compatible on a 4G network, opening up its services to more users.” 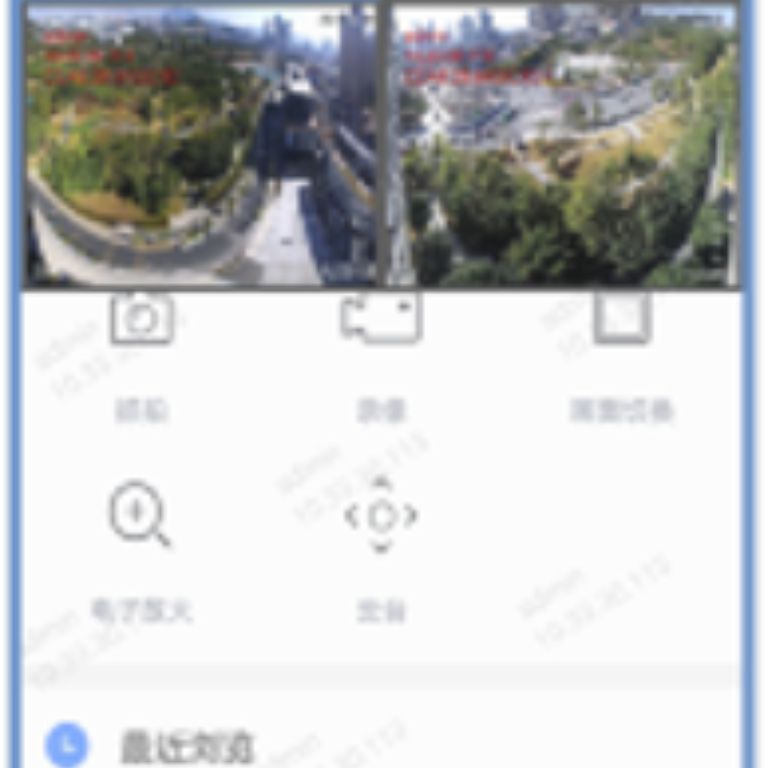 The GSMA is a global organisation unifying the mobile ecosystem to discover, develop and deliver innovation foundational to positive business environments and societal change. Our vision is to unlock the full power of connectivity so that people,
industry, and society thrive. Representing mobile operators and organisations across the mobile ecosystem and adjacent industries, the GSMA delivers for its members across three broad pillars: Connectivity for Good, Industry Services and Solutions, and Outreach. This activity includes advancing policy, tackling today’s biggest societal challenges, underpinning the technology and interoperability that make mobile work, and providing the world’s largest platform to convene the mobile ecosystem at the MWC and M360 series of events.

The GSMA 5G Transformation Hub is a source of information on some of the most innovative 5G solutions in the world. This portal contains case studies detailing design, benefits, key players, measured value and the future impact of scaling up these 5G solutions worldwide. The 5G Era is now firmly established and this family of standardised GSM technologies, including mmWave, are being rolled out successfully across the globe. The GSMA 5G Transformation Hub, launched at MWC Barcelona in 2022, provides details of how 5G is best placed to deliver real value for a range of key sectors including manufacturing, energy, transportation, media and live entertainment, smart cities and construction.. Many more case studies will be added, in the coming months, covering even more industries and the GSMA is asking Members to nominate innovative 5G case studies to add to this global digital showcase. The 5G Transformation Hub and this particular Case Study are both sponsored by Qualcomm.

About this case study

This case study is for information only and is provided as is. The GSM Association makes no representations and gives no warranties or undertakings (express or implied) with respect to the study and does not accept any responsibility for , and hereby disclaims any liability for the accuracy or completeness or timeliness of the information contained in this document. Any use of the study is at the users own risk and the user assumes liability for any third party claims associated with such use.