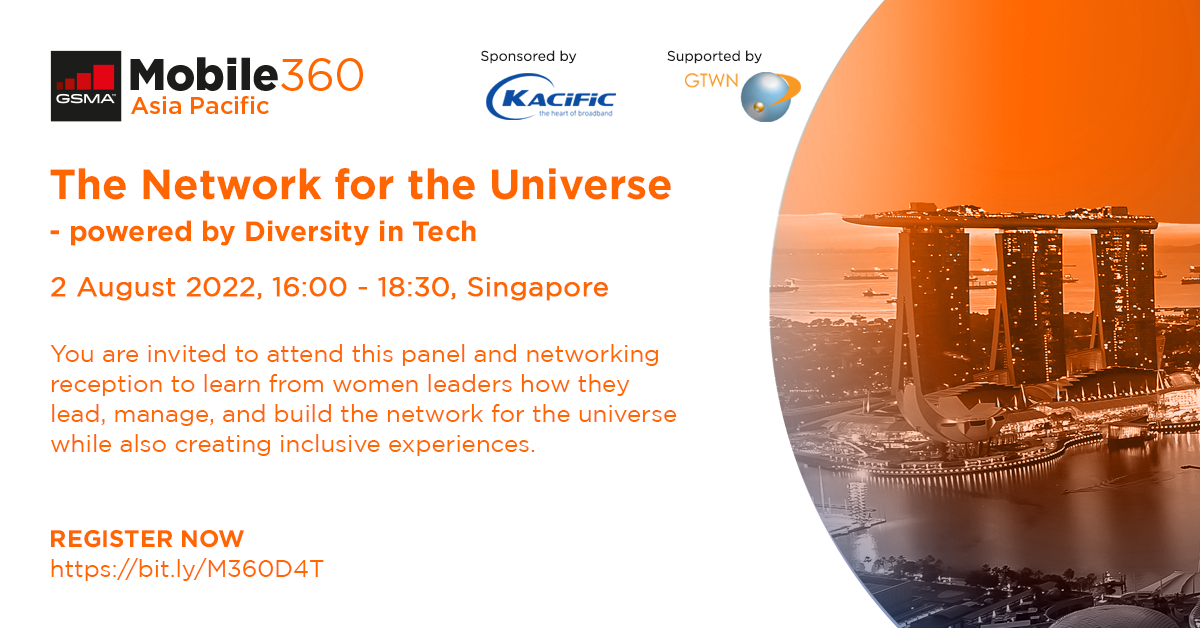 As the Universe becomes ever more accessible, networks will need to be able to communicate from the farthest points of Space to the depth of the oceans, all the while connecting all forms of life and preserving humanity, mankind and the planet Earth for the future.  A new paradigm will result, combining creativity and culture; ingenuity, inspiration, invention and intellectual property; drawing on deep tech and diversity; sense, sensors, sensibility, and sustainability.  Let us go forward to create Networks for the Universe – safe, clean, peaceful and accessible to all.”

Candace Johnson – Chair of Advisory Board and Partner of Seraphim Space Fund, Vice Chair of NorthStar Earth and Space, and Non-Executive Director of SES-imagotag, the world’s leading IOT/Electronic Shelf Labelling group.  Ms. Johnson is a member of the Executive Board of the ICC, International Chamber of Commerce and is Vice President of Institut EuropIA, the European Institute of Artificial Intelligence.

Candace Johnson is a global infrastructure, network and innovation entrepreneur and investor.   She is Founder/Co-Founder of SES (Société Européenne des Satellites), Loral-Teleport Europe, Europe Online, Oceania Women’s Network Satellite (OWNSAT), a founding investor in the Kacific Satellite System. Ms. Johnson is also Founding President of the VATM, the Association of Private Telecom Operators in Germany and Founding President of the Global Telecom Women’s Network (GTWN). In 2012 she and a group of engaged women created the Global Board Ready Women initiative, (GBRW). She is President Emeritus of EBAN after having completed a four year presidency of EBAN, (European Business Angels Network), during which she was honoured to help found ABAN (African Business Angels Network) and Rising Tide Europe, amongst other initiatives.

She has been decorated by the Luxembourg Government with the Commander of the Order of Merit and the Officer of the Oak Leaf Crown as well as being decorated by the German Government with the Officer of the Federal Order of Merit.  Ms. Johnson has received numerous Lifetime Achievement Awards from such prestigious organisations as the World Communication Awards, Women in Aerospace and The International Alliance of Women.

Ms. Johnson has an honorary doctorate from the Hong Kong Polytechnic University, Masters with honours from the Sorbonne and Stanford and an undergraduate degree from Vassar College.

Before joining Singtel, Anna was the CEO and Executive Director of Smartone Telecommunications, driving its operations in Hong Kong and Macau since 2016. Under her leadership, Smartone was named Best Mobile Carrier by the Communication Association of Hong Kong in 2019.

Prior to Smartone, Anna headed up Mastercard’s operations in Hong Kong and Macau. She was previously a partner with McKinsey & Company in Greater China where she led both the Financial Institutional Group and payments practice.

Anna was appointed to the Board of Commissioners of Telkomsel on 1 June 2021. She also sits on the Board of Advisors of Singapore Management University’s Institute of Service Excellence and is an independent non-executive Director of BUPA (Asia) Limited. She is also a Court member of the Hong Kong Metropolitan University (previously Open University of Hong Kong).

In this newly created role, Jaya is responsible for managing and driving Colt’s strategic roadmap and relationships, all while striving to elevate the organisation’s overall purpose and vision. Jaya joined Colt from Google Cloud, where most recently she held the position of Head of Strategy – EMEA, heading up the creation and curation of Google Cloud’s EMEA strategy.

She has also held roles at Microsoft, PwC and Cognizant, where she was responsible for implementing digital solutions and accelerating cloud consumption to drive customer success. Jaya is based in London, UK, with her two daughters.

Julian is the Head of Asia Pacific for the GSMA, leading a highly experienced cross-functional team to advance the impact, growth, and sustainability of digital economies by collaboration between the mobile industry, policymakers, and ecosystem. He is a global telecommunications executive with over 20 years of commercial and marketing experience across Wholesale, Business, Regulatory, Policy and Digital Transformation. He has pioneered new digital partnerships and business units in mature and emerging markets across Africa, Europe, Australia and Asia with industry leaders including Vodafone, MTN and Ooredoo. As an advisor to management executive teams and Boards, he has extensive insight and relationships to support collaboration and delivery of industry alignment.

He has been recognized for his leadership in digital innovation, digital women, health and agriculture services with industry awards and grants.

Julian has degrees in Mechanical Engineering and Law from Australia.

Jeanette is a former British Telecom Director where she held senior roles in the areas of strategy, portfolio management, product development, Merger& Acquisition and IT.

Jeanette graduated from Loughborough University in the UK with a BSc (Hons) in Management Sciences. She is a Sloan Fellow with an MSc from London Business School and has a post graduate Diploma in Marketing from the UK-based Chartered Institute of Marketing.

Susan Brazer is a global tech, media and technology visionary who has led development and the launch of video, TV, mobile, and consumer entertainment services and products for Apple Computer, DirecTV, SES ASTRA, Viacom, FIFA World Cup, Virgin Mobile and Nokia. Susan is a champion for the creator economy and the open Metaverse. She’s managed $100M P&Ls and excels at setting strategic direction for disruptive new user experiences, platform development, strategic partnerships and business models to drive disruptive change, revenue and EBITDA growth. Susan holds a B.A. in Economics from Brandeis University, an MBA from the Kellogg School of Management and attended the London School of Economics, specializing in international business. Susan is a mentor at Princeton University on Entrepreneurship and Innovation and Board Member for Global Women in Blockchain.

Lynette Tan is the Chief Executive of SSTL, and also a co-founder! She provides business management advisory, consulting, technical training for capability and talent development for the space industry. Also active in Science, Technology, Engineering and Mathematics interest amongst youths and young ladies, she was awarded the “Lancome Visionary Award” by one of Singapore’s leading female magazine.

As APAC Head of Business Development, Media and Entertainment at AWS, Shweta works closely with media organisations on their strategy to leverage benefits of the cloud across their workloads in order to drive new business outcomes. Before joining AWS, Shweta was with NDTV in India for 19 years, where she led several transformation projects and new initiatives in leadership roles across technology and new business development.

Having worked in media industry for two decades, Shweta has a deep understanding of the challenges as well as the innovation which the industry thrives on.

Sheena Jacob is the Head of the regional Southeast Asian Intellectual Property practice at CMS Holborn Asia. Qualified in Singapore, New York, England & Wales, she is a leading international lawyer in the field of Intellectual Property with more than 25 years of specialist experience in Asia. Sheena manages a team that handles trademark and patent prosecution in Southeast Asia, IP litigation and commercial IP transactions such as licensing and commercialization deals in the tech, media and life science sectors in Asia Pacific. Sheena is known for her sound, commercial advice and is widely acknowledged as a global thought leader on cutting-edge issues in the Intellectual Property field.

CEO and Co-Founder, My Bixie

Rosalia Gitau is an attorney, author, and humanitarian who works in the technology industry. She is the founder and CEO of Bixie (www.mybixie.com), an award-winning wealth-building software for women that has been named a Top FinTech firm by The Manila Times, The Manila Bulletin, 1Million Startups, the Financial Alliance for Women, and Women’s World Banking. She has worked for the United Nations, Alibaba, Shearman & Sterling, and the governments of the United States, Liberia, and Sierra Leone for over 15 years throughout Asia, Africa, the Middle East, and the Americas.