The GSMA We Care initiative supports the mobile industry commitment to accelerate the achievement of the United Nations Sustainable ...

The Future of Mobile Report

Discover the principles recommended by the GSMA and its members for adoption by MNOs using AI for social good.

In 2020, connectivity is more important than ever. Internet access is a gateway to critical information, services and opportunities ...

As the cost of mobile connectivity falls, and coverage improves, more and more people can access the internet. But to take full ...

“The coming decade affords mobile network operators a multi-trillion-dollar opportunity. Because of their unique combination of core ...

Improving the affordability and accessibility of the mobile internet

For the impoverished, the displaced, the homeless and other vulnerable groups, digital services can be a lifeline, providing access to ...

Each year, the mobile industry connects hundreds of millions of people to the internet for the first time. Yet, about half of the ...

The Rise of Purpose-Driven Partnerships

No one government or industry can single-handedly tackle the gravest global challenges. All kinds of expertise need to be tapped, ...

Leading for the Long Term

The days in which businesses were judged only on the profits they deliver to investors are fading fast. Far-sighted companies now ...

Taking Transparency and Inclusivity to the Next Level

Across the world, public trust in institutions, including businesses, has been deteriorating. The causes are complex and multi-faceted. ...

How progressive leaders of the mobile industry are taking climate action

The landscape of modern-day leadership is evolving. A progressive and innovative approach is essential for tackling the immeasurable ...

Mobile internet is connecting people to new opportunities and life-enhancing services, driving economic growth and advancing progress towards the UN Sustainable Development Goals. It is supporting societal development, enabling access to multiple opportunities for citizens and businesses to thrive. Yet over half the world’s population is still not connected to the internet, and there are significant disparities in its availability and use across regions.

The mobile industry already connects over 3.5 billion people to the internet and continues to lead efforts on digital inclusion by connecting more people every day. The reach of mobile networks has expanded spectacularly in recent years, but there is still a “coverage gap” of 750 million people who are without access to mobile internet services. The mobile industry is continually investing and innovating to extend the reach of commercially sustainable networks and encouraging new users to benefit from access to mobile internet services and continues to step up efforts to close these gaps and connect the unconnected. 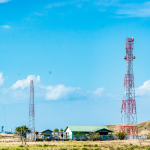 Airtel, Tigo and Vodacom share infrastructure to connect 73,000 rural people to the Internet. In Tanzania, 14 million people live in isolated regions that aren’t connected to the internet at all. This mobile operator collaboration has given those who live in rural areas like Nyombo unprecedented access to connectivity. This access to the mobile internet is changing the way the residents in this community play, learn, and do business, and contributes to SDGs 1, 4, 8, 9 and 17. 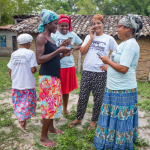 In response to the Brazilian government’s request, Ericsson partnered with Vivo (Telefonica) to deliver a very ambitious project for bringing 3G/4G connectivity to Pacaraima, enhancing 4G coverage near the UFRR building in Boa Vista, and building a digital lab in Boa Vista to provide digital inclusion for refugees. 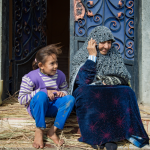 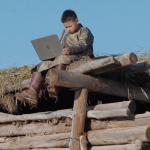 In Mongolia, Huawei and Unitel have connected 200,000 people and 1200 businesses and services, comprising 8 per cent of the country’s offline population. Mongolia is the 18th largest country in the world but has a population of just 3 million. The people of Mongolia are widely scattered over its vast land area, and 82 per cent do not have home broadband. Huawei and Unitel joined forces to launch ‘Ger Internet’ in January 2017. Each household is simply provided with a wireless router for free or at a reduced cost and they are able to instantly connect wherever they are. By November 2018 ‘Ger Internet’ had connected 8 per cent of Mongolia’s offline population, covering 50,000 households, 200,000 personal users and 1200 businesses and services including 35 rural public schools, 74 hospitals and nearly 35,000 rural medical professionals. 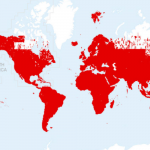 The GSMA launched the Mobile Coverage Maps: a tool that helps operators and others to estimate the precise location and size of uncovered populations. The maps allow users to: gain an accurate and complete picture of the mobile coverage in a given country by each generation of mobile technology (2G, 3G and 4G); estimate the population living in uncovered or underserved settlements with a high level of granularity and; search for uncovered settlements based on population size.

Are mobile operators under investing in rural coverage in emerging markets?

Do you have an initiative you would like to showcase? Get in touch & suggest your initiative here.