After 17 rounds of competitive bidding spread across just three days, France has completed its long-awaited auction of 3.4–3.8 GHz ...

Telefónica and Rakuten have announced a partnership to accelerate the development of Open RAN technology for 5G access and core ...

Qualcomm has announced plans to add 5G compatibility to its budget Snapdragon 4 series chipsets in 2021. While it has already enabled ...

It is well established that edge computing is opening up new use cases that are computing and data-intensive, latency-sensitive and ...

The EU has adopted regulations to accelerate 5G network installations by simplifying the deployment of small cell antennas that provide ...

Since 2018, the mobile industry has witnessed the adoption of 5G for broadband use cases, namely Fixed Wireless Access and enhanced ...

Nokia has become the first of the world’s three largest telecoms equipment vendors to join a new open RAN lobby group. Launched in ...

In this video, Google shares how it connects consumers to brands through rich, asynchronous business messaging across Google Search and ...

In this webinar, Ray Williamson, Director of Wireless PLM, Europe from Huawei outlined energy-saving solutions for each stage of the ...

In this webinar, IMImobile hosted a panel of global enterprise leaders from EE, IMImobile and Telefónica International Wholesale Services.

In this webinar, Altran & Ori Industries discussed the commercial and technical innovations unlocked at the Edge, the new revenue ...

In this webinar, Mavenir and their guest, Telefonica provided an overview of how RCS is expanding its reach with mobile network ...

In this webinar, MobiledgeX discussed the 5G Edge Computing revenue opportunities for mobile operators and the community-based ...

RCS Live #4: Unlocking the Power of RCS – Catch Up

In this webinar, Kerstin Trikalitis, CEO and Co-Founder of Out There Media showcased the outstanding results of large scale RCS ...

LTE in the new iPhone and growing around the world 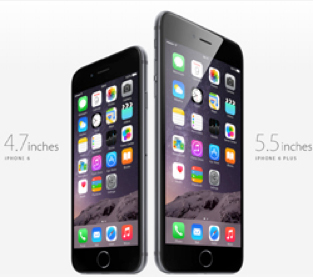 Apple supports LTE in its iPhone 6 – The recent launch of the Apple iPhone 6 and iPhone 6 Plus has created a massive wave of interest with a staggering rush to pre-purchase. For operators, there is a significant feature included – LTE. The device is LTE-ready for some 200 operators in terms of the frequency bands supported. Reports from the launch also indicate it is VoLTE ready for trials in Europe and the LTE Advanced (LTE-A) chip will be included for Korea and the US and one of the key features in the device will be a seamless handover between WiFi and cellular calls.

LTE growth – Reports from CCS Insight and GSMA intelligence show that LTE uptake is accelerating around the world. After perhaps a slow start in Europe, uptake has accelerated in 2014. At the end of 2Q 2014 there were a total of 45.5 million subscribers and this number is expected to exceed 100 million in 3Q 2015. Leaders for LTE are still the US, South Korea and Japan, who collectively account for over 70% of the world total of mobile subscribers. In the US, Verizon has 76% of its data now delivered over LTE and in South Korea, over 60% of all mobile subscribers are on LTE. Elsewhere in the Asia Pacific region, we can look to Singapore and Australia to be the most rapid market developers.