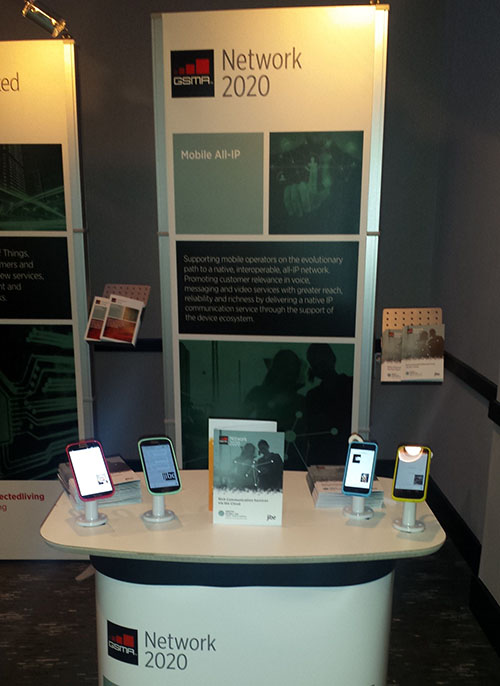 The GSMA held its North American event on the 22nd and 23rd September in Atlanta. A two day Conference Agenda was supported by a small demonstration area showcasing the GSMA’s main Programmes – and Network 2020 was, of course, promoting IP Communications.

Unsurprising, with the US being one of the world leaders for LTE take-up – a recent analysis* to June 2014 indicates that approximately one third of mobile subscriptions in the US are LTE – LTE featured significantly in the Conference programme. Tony Melone, EVP and CTO of Verizon, highlighted three areas that he sees as critical for the future development of 4G technology – Internet of Things (IoT), unlicensed LTE (WiFi) and Interoperability. Commenting on the area of interoperability, he said that “this is one where it’s core to our industry, it’s what our industry has done for years, but it’s an area where we are lagging, especially with LTE”. He added that “we need LTE data roaming, we need that seamless capability we love, and we need it to happen quickly. It ties back to this ubiquity and the importance of this global standard”.

Elsewhere at the event, Jibe Mobile was demonstrating its cloud-based hosted end-to-end solution for RCS / joyn. This has been deployed for Sprint in North America and for Deutsche Telekom in Germany. The demo showed a variety of services in action, including Chat, File Transfer, Group Chat, best effort voice, Video Calling and Stickers.