The Telecom Infra Project (TIP) has formed the Metaverse-Ready Networks Project Group, a working group to deliver solutions and ...

India launches 5G alongside push for ‘Make in India’ initiative

Last week, the Indian telecoms market witnessed the launch of 5G from the two biggest operators in India. Bharti Airtel switched on its ...

In this new specification document, we define the APIs that an Operator Platform should expose and use on its East/Westbound Interface.

Advancing the 5G Era – Benefits and Opportunity of 5G-Advanced Whitepaper

The Next Leap for LTE

How the evolution of 4G will transform the mobile industry 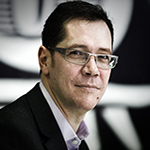 With 5G generating so much buzz, it is easy to overlook the groundbreaking services being enabled by the evolution of 4G. Between now and 2020, the year when 5G is scheduled to be commercially available, Advanced LTE networks will seed the market for exciting new applications, such as increasingly autonomous cars, real-time gaming, personal cloud services, dense sensor networks and remote health monitoring.

In fact, the rollout of new radio network, core network and system technologies could enable mobile operators to unlock major commercial opportunities before the deployment of 5G. In the next four years, dramatic advances in 4G functionality look set to bring many benefits to consumers and companies alike.

Most significantly, the evolution of 4G networks will enable a massive expansion of the Internet of Things. It is now becoming feasible to deploy dense networks of connected sensors in cities, farms and factories, as well as for mission-critical applications, such as connected alarms and health monitors. Advanced 4G networks will also give mobile broadband speeds another big boost, while enabling content to be broadcast efficiently to large numbers of devices at once. New network broadcast technologies will make software updates or in-app advertisements straightforward, as well as delivering live coverage of sports or music events. In some cases, operators may become active distributors of infotainment services and the recipients of new revenues.

Software will come to the fore

Software will play a major role in enabling these new applications. One of the key capabilities on the 4G roadmap will be network slicing: the ability to create virtual instances of the network optimised for the delivery of each type of service. Network slicing, which will enable mobile operators to offer a defined quality of service (QoS), will be delivered by network function virtualization (NFV) and software defined networks (SDN), which promise to make mobile infrastructure far more flexible and open. By decoupling the software of a given network function from its dedicated hardware, NFV allows the software to run on commodity hardware, while SDN further decouples the control plane function of the software from its corresponding data plane function.  SDN, together with NFV, will ultimately enable operators to control the network in a more dynamic, programmable and consistent manner.

Base stations will get smarter

At the same time, mobile operators will increasingly employ mobile edge computing to move content closer to the user, reduce latency and make better use of the network’s resources. Radio base stations will become intelligent service hubs that are capable of delivering highly personalised services directly from the very edge of the network, potentially opening up new revenue streams. Similarly, by exploiting evolved multimedia broadcast multicast service (eMBMS) technology, operators will be able to introduce novel broadcast services, while establishing a distributed content delivery network.

Traditional telecoms will be transformed

Meanwhile, an IP Multimedia Subsystem (IMS) will enable all traditional telecommunication services, such as voice and messaging, to be delivered very efficiently using all-IP networks. IMS also provides mobile operators with an efficient and consistent way to enable video calls, image sharing, group chat and other forms of multimedia communications through a single application.

Operators will be able to address the rising demand for throughput, capacity and improvements to indoor coverage by deploying advanced technologies, such as carrier aggregation, higher order multiple input multiple output (MIMO) and heterogeneous networks. MIMO, for example, makes it possible to simultaneously send or receive more than one data stream on a single radio channel by using multiple antennas at both the transmitter and/or the receiver. Heterogeneous networks can also increase the available bandwidth by enabling small cells to be integrated into the conventional mobile network, thereby boosting capacity. The combination of these technologies could enable LTE-Advanced to deliver peak data rates up to 3 Gbps in the downlink and 1.5 Gbps in the uplink, while almost doubling spectral efficiency.

In summary, the deployment of advanced 4G networks will begin transforming the mobile industry well before 5G has been fully commercialised. And the technologies outlined above will ultimately be incorporated into 5G networks, boosting mobile operators’ agility and enabling them to tailor their networks precisely to the requirements of their customers. Over the next four years, LTE Advanced will be a game changer for both mobile operators and their customers.