#GSMAConnected | How the Mobile Industry can help Europe reach its ambitious climate goals? 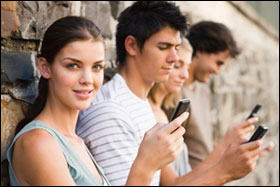 The review, which was conducted by GSMA Europe and participating mobile operators in the period January-June 2010, concludes that significant progresrs in implementation has been made since the launch of the initiative in 2007. As of June 2010, there are 83 signatory companies implementing the Framework across the European Union through the roll-out of national voluntary agreements on child protection, known as national codes of conduct. A further eight mobile operators have signed up to a national code of conduct only, but as such are still participating in the initiative. Codes of conduct are currently in place in 25 EU Member States and under development in the remaining two. This means that around 96 per cent of all mobile subscribers in the European Union benefit from the Framework.

The findings of the review show an overall high level of compliance of mobile operators with their national codes of conduct. Many of the codes contain requirements that go beyond the scope of the Framework, demonstrating mobile operators’ willingness to go the extra mile in encouraging the safe and responsible use of mobile phones by children. Furthermore, feedback from child protection stakeholders indicates that national codes of conduct have played a key role in getting mobile operators engaged with each other and the NGO sector in making the mobile environment safer for children.