A balanced approach to 6 GHz is needed 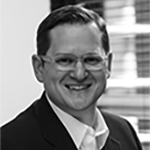 Mid-band spectrum is a vital component of universal 5G connectivity. Discussions regarding 6 GHz spectrum need to maximise its value and balance different uses: this is a priority band for mobile network operators.

Amid this period of change during the pandemic, the value of connectivity is as clear as ever. While priorities have been re-ordered around the world, the importance of connecting our homes and businesses has been highlighted as part of the long-term struggle fight against COVID-19.

Statistics regarding lockdown connectivity are available all over the internet and how much of the surge in demand is being met by mobile and how much by Wi-Fi will depend on what part of which country is being looked at. Mobile use in business districts has naturally fallen while surges in mobile use in residential areas have been marked, even in countries with strong fibre footprints.

This analysis is happening at a time when governments are starting to think about future use of the 6 GHz band at 5925-7125 MHz. Understanding the balance between licensed 5G and Wi-Fi / 5G NR-U (unlicensed 5G) is a big part of this process. The plans so far split into different groups: China has supported the use of this spectrum for licensed 5G while the US has gone in the opposite direction. Europe, reflecting on the current use of the band for backhaul systems, has limited the use for licence exempt applications to the bottom 500 MHz. This split point at 6425 MHz is being considered by other countries and this is also how WRC-23 splits the band, with 6425-7125 MHz under discussion in Region 1 as a whole for IMT.

Regions 2 and 3 will only discuss 100 MHz of the band at WRC-23 but at the GSMA the interest in this band is clear: it is high priority for use with 5G systems on a global basis. Our members from all three ITU Regions were surveyed on this band and 90% of MNOs’ responses placed the band 6425-7125 MHz as a high priority for IMT, whether in a new IMT identification at WRC-23 or making use of the existing global mobile allocation. MNOs are doing this because they believe they can be competitive and TCO analysis of 5G NR backs them up.

The 6 GHz case for licensed 5G is not just about this balance between forms of connectivity, though. It is also about our certainty in predicting the future of how we use spectrum. Countries that allow unlicensed use throughout 6 GHz will find it difficult to reverse the decision easily as devices proliferate, ubiquitously, throughout territories. In some countries – and certainly in Europe – 5G expansion opportunities do not exist elsewhere. With 3.5 GHz assigned to MNOs or to verticals already and 4.8-4.99 GHz unlikely in NATO countries, 6 GHz is the only mid-band expansion on the table. Yes, there will come a day when advances in spectral efficiency outstrip growth in demand. But in 2020 it seems to be a big leap of faith to say that this is happening now.

In some countries, the bottom part of the band i.e. 5925-6425 MHz may become available for technologies including 5G NR-U and Wi-Fi. However, the reach of the fibre footprint may dictate how far Wi-Fi is used. Countries are analysing their current situation to decide on the best way forward is. They are looking at how much 2.4 GHz and 5 GHz Wi-Fi is really being used, or the spectrum around 60 GHz including the 66-71 GHz band. They are considering whether further Wi-Fi access spectrum will benefit non-fibre environments and looking at the need for licensed FWA 5G as well as fully mobile services to cater for demand outside the fibre footprint. Wi-Fi 5 can already reach speeds of over 6 Gbps, but because of Wi-Fi’s reliance on fixed infrastructure, the throughput bottleneck is likely at the backhaul level.

Importantly, we also need to talk backhaul in other ways too when deciding how to maximise 6 GHz usage. This is an important band for mobile fixed links – the lowest frequency that is widely used for backhaul and thus one of the most affordable. Where there is less fibre, mobile base stations need more backhaul spectrum and the relationship between existing fixed links and the new access connectivity will need to be managed. Where this band is used for licensed 5G, the MNO will manage both access and backhaul use of this band. On the other hand, market surveillance and enforcement activities will be required to monitor unlicensed use in backhaul bands.

At the GSMA, as demand grows into the 2020s, we want to see 6 GHz available to support 5G and planning for such an outcome does not have downside. Even in countries where more Wi-Fi spectrum is seen as necessary in the lower band, planning for licensed 5G in the upper part can still go ahead. Keeping options open and recognising the role different technologies will play in future connectivity guarantees the right balance.

This is the start of a three year-long global debate on 6 GHz and at the GSMA we are looking forward to ensuring that licensed and unlicensed 5G play a role in connecting citizens using this important mid-band spectrum.