During its debut in Argentina, Mobile 360 – Latin America reached record attendance with more than 1,000 attendees from 34 countries and 354 companies, 44 percent of them senior level. This year’s successful regional event featured a top-level lineup at the main conference and an extensive range of side sessions, including the 4YFN Startup Zone, the #BetterFuture Stage and the traditional GSMA Latin America plenary meeting of the region’s four Working Groups.

The key topics of the event were 5G, Internet of Things (IoT) and artificial intelligence. Attendees had the opportunity to discover the vision of leading figures from mobile operators, regulators and companies such as Ericsson, Facebook, Google, Huawei and Nokia.

“In three years we’ve installed five times the number of antennas and we’re continuing to work to ensure 93 per cent of Argentinians can access a quality mobile service next year,” said Andrés Ibarra, Deputy Chief of Cabinet and Government Secretary of Modernisation of Argentina, at the opening conference. Carlos Moltini, CEO, Telecom Argentina, also participated as a keynote speaker at the opening. “We have to view telecom companies as agents of development for the region,” he said.

Viewpoint of regional operators and regulators 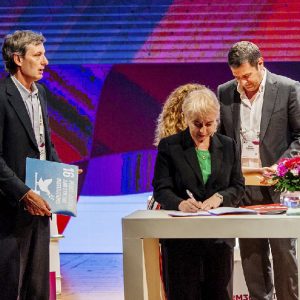 As part of the GSMA “We Care” campaign, Claro, Movistar and Personal agreed on practices to give customers more and better information about how their personal data is processed. The measures are intended to give users clear, easy and quick access to information about what the companies do with their information and the rights customers have over its treatment. “Enlarging the small print, making it truly accessible for users, ensuring it can be properly understood – these are very important steps that show the industry is committed to the sensitive issue of personal data protection,” said Silvana Giudici, Chair of ENACOM Argentina, at the signing of the agreement. 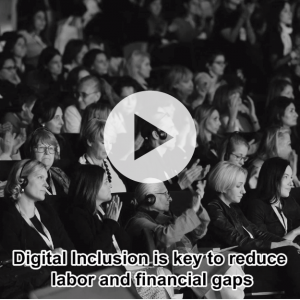 Atexto, Blended, CamOnApp, DeepVision, DeGoles, GoSeries, Sytex, Trendio, Vantek and Worcket were the 10 startups chosen for the 4YFN debut at the Mobile 360 Series. The MWC innovation platform participated in Latin America for the first time in a bid to strengthen the regional startup ecosystem. The companies had a space in the Startup Zone and made their pitches on the #BetterFuture Stage. First prize went to Blended, a school management platform, thanks to the audience vote. The Argentinian startup has secured its ticket to MWC Barcelona.

In addition, during Mobile 360 – Latin America the 2018 edition of the most complete report on the regional mobile market was launched: “The mobile economy in Latin America and the Caribbean”.