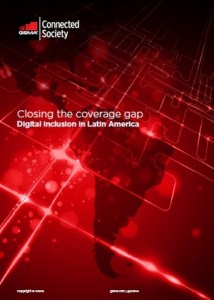 More than 100 million people in this latter category reside in Brazil, the region’s largest market. The demand gap also varies widely across the region, ranging from countries such as Chile and Costa Rica, where the proportion of citizens subscribing to mobile broadband is relatively high, to markets such as Guatemala and Ecuador, where there are significant gaps between mobile broadband availability and adoption.