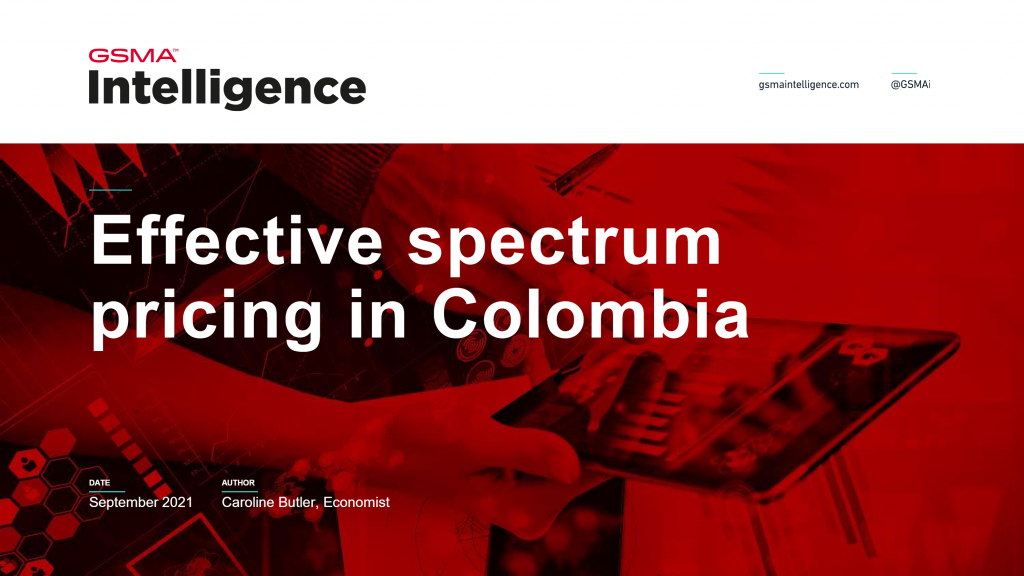 This report is based on a 2019 study carried out by the GSMA to assess the impact of spectrum pricing on mobile markets and consumers in 64 countries. It reveals that spectrum assignment costs per year in Colombia have been higher than the average in Latin America from 2014 onwards. This situation has had a negative impact on consumer outcomes (coverage and speeds).

The report analyses how alternative spectrum prices would have impacted the historical development of the Colombian mobile market between 2014-2019. Based on the results of a simulation, it concludes that lower spectrum costs would have increased the 4G coverage in Colombia from 71% to 76% of the population by the end of 2019, reaching 2 million additional people with 4G network coverage. Lower costs of spectrum would have also increased download speeds by around 40% by the end of 2019.