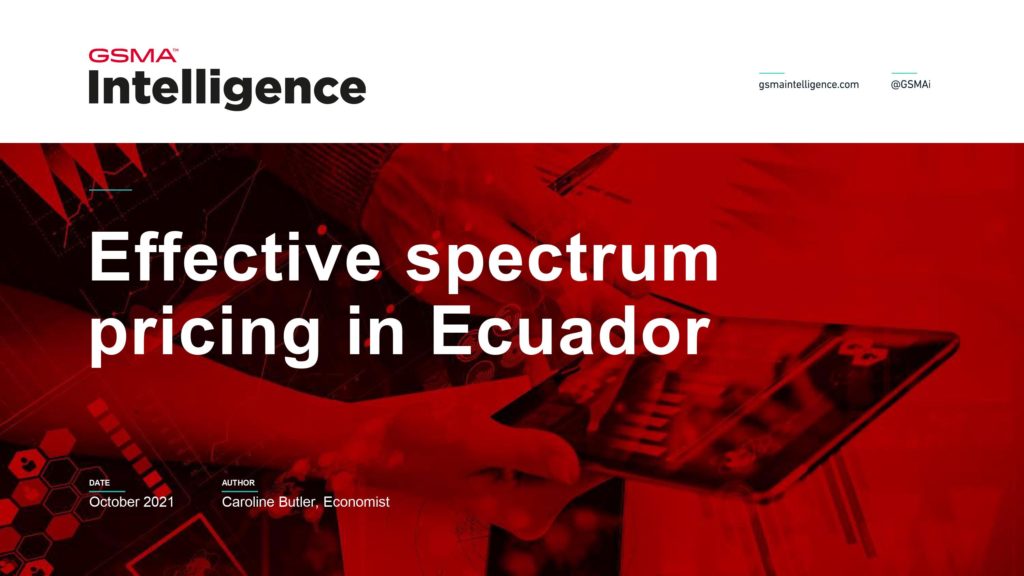 This report is based on a 2019 study carried out by the GSMA to assess the impact of spectrum pricing on mobile markets and consumers in 64 countries.

Higher spectrum prices caused Ecuador to lag behind reaching 80% of population coverage by a year, compared to the modelled scenario and the regional average. Lower costs of spectrum would have increased speeds by around 5 Mbps for the average customer between 2014 and 2020, and by 9 Mbps in 2020. This is equivalent to just over 40% faster download speeds in 2020.