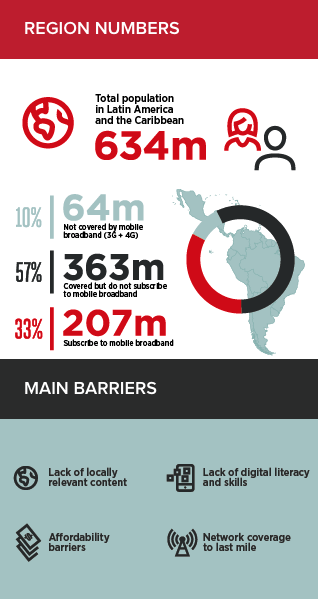 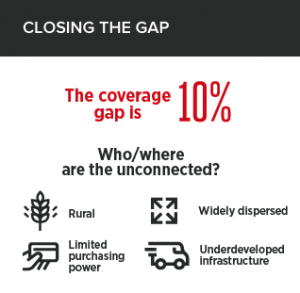 Lack of locally relevant content is the key barrier to overcome 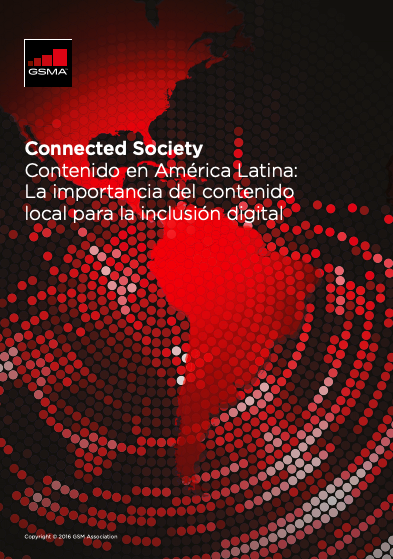 The market context for mobile in Latin America is now about the growth in the mobile internet and the behavioural shift to digital access and engagement. Almost half the population in Latin America now subscribes to the mobile internet. Although this is less than those subscribing to mobile overall (48% versus 69%), it is fast growing, with penetration expected to rise 66% by 2020.

The largest barrier to mobile internet among the unconnected is a lack of relevance, which is directly driven by a lack of locally relevant content. The irony is that while content in general is driving increased internet usage on mobile among existing users, there remains a strong perception among non-users – 40 to 50% of adults – that what is available is largely irrelevant to their would-be digital experience.