Recognized as the leading training provider to telecoms professionals worldwide for more than two decades, Mpirical ...

Quantum Computers will be able to break the encryption commonly used to protect networks and customer data. The telco industry needs to prepare for the Quantum era and plan for the transition towards post Quantum cryptography. This process affects the entire telecom supply chain and ecosystem: operators, network and IT vendors, integrators, standards and open-source communities. This closed door Seminar will provide perspectives from Operators, Vendors and Governments on the following areas:

For more information or to register your interest please click here. Alex Sinclair is the Chief Technology Officer for the GSMA. He has held this position since 2005, having joined the organisation in 2003. In this role, Alex is responsible for driving the technology direction of the GSMA and working with its membership to execute key technology initiatives.

With more than 30 years’ experience in telecommunications in general and mobile in particular, Alex has worked for a number of companies in the UK, Germany and the US. In the early 1990s, he was part of the project team that launched the T-Mobile D1 network in Germany. In 1995, Alex helped Syniverse to launch their GSM clearinghouse business.

Prior to joining the GSMA, Alex was Director of Network Engineering at ICO, a global satellite venture. Alex holds a Bachelors Degree in Electrical and Electronic Engineering from the University of Bristol. 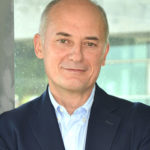 CTO of the Digital Identity and Security Business Unit, Thales

Before his current role, Benoît was Vice President for 5G, responsible for the definition of the 5G strategy and the coordination of 5G activities.

He was also the Vice President, Strategy & Development for the Gemalto Telecom Business Unit, in charge of the telecom strategy and long-range plan, and has held various sales management positions at Gemplus previously. Prior to 1999, Benoît was with Credit Agricole Indosuez (formerly Banque Indosuez). 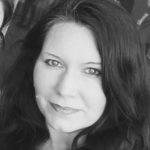 Lory Thorpe is an industry partner leading the IBM Consulting Global Offering Portfolio for 5G and Network Transformation. With over 20 years of experience in digital transformation and telecommunications and a strong technology and innovation background in networks, IoT, security and data/AI. As a technology and business executive, she has worked at the intersection of strategy, information technology, and telco. Currently, Lory is supporting IBM Consulting’s mission in building the global portfolio offering for the evolution to become the leading service partner for next generation networks. She also currently serves as the chairperson for GSMA’s Post-Quantum Telco Network Taskforce, whose goal is to define policy, regulation and operator business processes for the enhanced protection of telecommunications in a future of advanced quantum computing. Over the course of her career, Lory has worked in highly technical roles with major global telecommunications vendors and operators, building extensive industry experience across a broad range of technologies and leading high-performance teams in the definition and commercialization of cutting-edge capabilities. 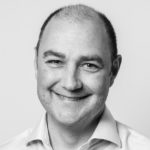 Luke Ibbetson has been with Vodafone since 1996 and currently leads the Vodafone Group Research and Development organisation, responsible for all aspects of future research including trials of emerging / disruptive technologies, new industry partnerships and the creation of future revenue engines through advanced technology. Luke is an active participant in Industry Initiatives including 5GAA (Board member), Chairman of the NGMN 5G Board Committee, Vice Chair for the GSMA Post Quantum Telco Networks Task Force, Advisory Board for UK TechWorks, and Board member for several venture backed new technology companies in which Vodafone has invested including AST Space Mobile. Luke is a proud pioneer of Narrow Band IoT technology and currently shaping Vodafone’s thinking on 6G. Luke is a passionate supporter of innovative thinking, helping to create new opportunities for technology to change lives and society for the better. 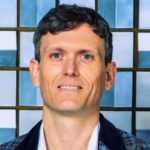 Michael is part of Verizon’s Technology Strategy & Planning team, focused on technology standards related to 5G and Verizon’s Global Networks. In this role, he is a lead delegate in 5GAA, GSMA, ETSI, and other industry groups and SDOs. Before relocating to Germany, Michael was responsible for product and engineering at various SF startups.
Michael has an EMBA from ESMT Berlin. 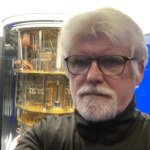 Zygmunt is responsible for Quantum-Safe for IBM’s Global Telecom Industry – how to secure networks, devices and systems in a world where Quantum Computers are widespread. Previously he has worked with clients in 44 countries on Telco Cloud, NFV infrastructure, Edge Computing, Security and IN. Zygmunt is a Member of the IEEE and an alumnus of Imperial College London. 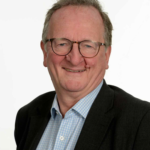 Dr Mike Short CBE, after 30 years in telecommunications with Telefonica, joined the Department for International Trade (DIT) as the Department’s first Chief Scientific Adviser in December 2017. Mike leads the Science and Engineering profession in the Department and ensures its policy is informed by the best science, engineering and technical advice. He advises DIT on the technical aspects of international trade deals, supports inward investment and engineering collaboration, and works with the UK’s research, innovation and academic communities to boost scientific and engineering exports.

Mike has over 40 years’ experience in electronics and telecommunications and served as Vice President of Telefonica, the parent company of the O2 mobile phone network, for 17 years to December 2016. In this post, he managed the launch of 2G (GSM) and 3G mobile technologies in the UK, established an office in Brussels, and went on to lead international research, innovation and standards for Telefonica Europe.

Mike’s career includes the promotion of international technical standards in mobile and digital technology. He is a former Chairman of the Global GSM Association, the UK Mobile Data Association, and was President of the Institution of Engineering and Technology in 2011/2012.

He is currently a Visiting Professor at the Universities of Surrey, Coventry, Leeds and Salford. He has led the development and collaborations in areas such as smart cities, digital healthcare, cybersecurity and driverless vehicles.

He was honoured with a CBE in 2012 for his services to the mobile industry. 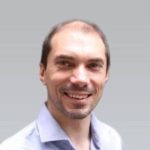 As Chief Open Innovation for SET Division in IDEMIA, Olivier is responsible for the development of partnerships to leverage IDEMIA solutions in different ecosystems and accelerate market disruption in an ever more connected, digital and open world.
Before IDEMIA, Olivier spent over 25 years in strategic business development, innovation and Information Technologies. Olivier focused on how to leverage new technologies to leverage from market disruptions and create value for clients, in various sectors: Retail, Banking, Automotive, Telecom, Energy & Utilisty, Transport & Hospitality.