(Photo source: apec2022.go.th, Delete it in case of infringement)

The four-day APEC Summit was held in Bangkok, Thailand, from November 16 to November 19, 2022. With the theme of Open, Connect and Balance, this APEC Summit expressed the strength, resilience and cooperation among APEC member countries, as well as the vision of the world’s people for the restoration of economy and order in the context of COVID-19. The APEC Summit was canceled in 2019, and held online from 2020 to 2021. This is also the first time for APEC Summit held again offline in the past three years.

24 heads of state or regions were invited. To ensure the smooth running of the Summit, Thailand has invested a lot of local polices. 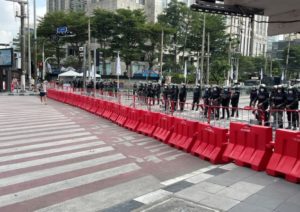 On November 19, the security personnel on Sukhumvit Road

TD Tech participated in the construction of the world’s first standard 3GPP MCPTT broadband trunking network in Thailand in 2016, covering the entire Bangkok metropolitan area and a dozen cities, which has been operating consistently and stably for six years. It also provided customers with different forms of mobile terminals to meet their needs in various scenarios. In recent years, the professional trunking network of TD Tech has played an indispensable role in all major events in Thailand. Similarly, the professional trunking network, as the core communication network, has comprehensively and effectively assisted the front-line personnel and guaranteed the smooth holding of this APEC Summit.

On the day the heads of state arrived, with the help of TD Tech eLTE network capability, the positions of the leaders’ motorcades can be observed in the command room, and the video can be transmitted back to the video wall of the command center in real time. Because the dedicated network is exclusive, even in the case of heavy traffic, it could guarantee that the communication would not be affected by the congestion of the public network, so that the on-site situation could be handled in a timely manner effectively and quickly. 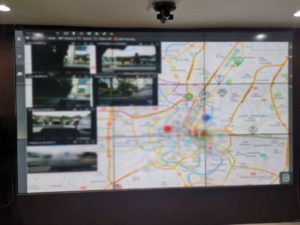 eDC video wall secures the route of heads of state

At the same time, the network coverage in the core area is strengthened by deploying Rapid: in areas where additional personnel are needed for security, Rapid can be quickly deployed within 30 minutes and can be quickly recovered and put into the next use when the security is completed. With the help of mobile deployment of Rapid, staff can achieve effective communication guarantee for key events such as guests, residences, banquets and conference sites. 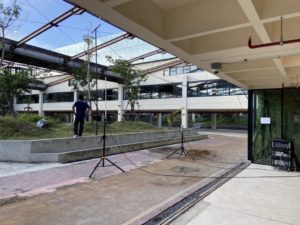 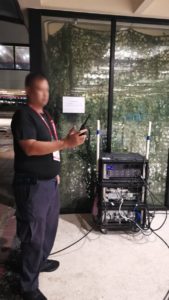 In addition to the platform and transmission capacity, TD Tech handheld terminals were also involved in the APEC Summit security. The EP6xx and EP8xx series handheld terminals used by front-line personnel achieved rapid communication with low latency and high audio quality through the powerful Push-to-Talk function, helping commanders in the command center to better control the overall situation; Different departments achieved rapid linkage through simple operation to perfectly guarantee each process of the APEC Summit.

TD Tech strives to be the global leader in industry connectivity solutions. The successful holding of the APEC Summit in Thailand further demonstrates the powerful strength of TD Tech as a global MCPTT network pioneer. TD Tech’s ICP system cooperated with a variety of handheld terminals to help the staff on site for rapid deployment and effective communication, thus ensuring the smooth holding of the APEC Summit! The wind and rain will not stop us from moving forward, and our future is promising.