A bird’s-eye view of the Samoan digital ecosystem 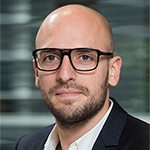 In April 2019, the GSMA Ecosystem Accelerator team visited Samoa to work with Innovation Fund grantee SkyEye and their partners. We met with various stakeholders in the market and thought we would take this opportunity to share a few learnings about the tech ecosystem in Samoa.

On the road to digital and financial inclusion

According to the latest Mobile Economy report covering the Pacific Islands published by GSMA intelligence on 8 April 2019, Samoa counts 93,000 unique mobile subscribers, which translates to a subscriber penetration – calculated over the total population of Samoa which stands just below 200,000 – of about 47 per cent, nine points above the regional average (38 per cent). However, like in most countries in the region, the adoption of advanced mobile services, such as mobile internet or mobile financial services, is yet to pick up significantly. On the mobile money front for instance, though both Digicel and BlueSky (the two local mobile operators) have launched their services in the past, the lack of use cases has translated into limited traction to date.

Nevertheless, there are encouraging signs of both mobile operators currently working on building such use cases to realise the potential of mobile money in terms of financial inclusion. PFIP, the Pacific Financial Inclusion Programme, has also been very active in supporting local projects to advance financial inclusion in the country. Thanks to their support, in late 2018 ‘Ezibank’ was launched, that connects National Bank of Samoa (nbs)’s banking services with Digicel Mobile Money’s payment services. The product allows customers to check their bank account balance, save their remittances received via Digicel Mobile Money into their nbs bank account, make deposits and withdrawals between their accounts. Furthermore, PFIP partnered with Apia Insurance Company to launch funeral insurance that allows Samoans living abroad (estimated at twice the population of Samoans living in Samoa) to cover family members’ premiums. This service is all the more important as funeral payments are one of the main expenses in life, creating severe financial stress for Samoans who try to meet traditional obligations that can cost families up to 50,000 tala ($20,000).

Beyond financial inclusion, local authorities are also working to ensure that the potential for mobile and digital technology to improve the lives of citizens and the economy is realised. In 2017, the Ministry of Communications and Information Technology (MCIT) launched its Digital Transformation Plan, outlining its objectives for the country on the topic. The digitisation of government services, for instance, is one of its top priorities, with a specific focus on the creation of a ‘national ID’ which it hopes to be in place by the next elections in 2021.

Entrepreneurship and innovation are still at a fairly early stage in Samoa, compared to some of its largest neighbours, like Fiji, for instance. Though there are no full-time tech hubs per se – incubators or accelerators – established in the country, there are multiple initiatives designed to foster the emergence of a start-up scene in the country. Youth Co:Lab is one of them, supported by UNDP and implemented by the Samoan Chamber of Commerce, it runs a pitching competition and mentoring activities targeting young innovators. A Samoan Innovation Park hosted at the University of Samoa should also be established soon. Other organisations that are not specifically focusing on tech ventures, like the Small Business Enterprise Centre that runs loan-readiness trainings and facilitation for micro and small businesses, can also play a critical role in ensuring early-stage businesses get access to the financing they need to support their growth.

In November 2018, the Ecosystem Accelerator programme – supported by the Australian Government and the UK Department for International Development (DFID) – awarded an Innovation Fund grant to SkyEye, one of the most active start-ups in the country. Samoa, like most other Pacific islands, has a challenging logistical infrastructure due to the lack of a national addressing system. In particular, this makes it difficult for micro and small businesses to market themselves and to use e-commerce to grow their business. SkyEye is using the grant from the Ecosystem Accelerator Innovation Fund to develop the ‘Maua’ app, an integrated platform to match supply and demand, and facilitate the moving of goods between buyers and sellers. The platform is expected to create opportunities for micro and small businesses and early e-commerce players to sell their goods to a broader audience and for buyers to get access to local goods, as well as to unlock new income for drivers.

Another very important aspect of the project is that it takes into consideration the inclusion of vulnerable populations in Samoa, especially women and persons with disability. Though partnerships are yet to be formalised, SkyEye is in discussions with the Ministry of Women Community and Social Development to leverage some of their existing initiatives that could be digitised through the Maua app. WIBDI – Women in Business Development Inc., founded in 1991 – is another potential partner. The organisation is committed to facilitating the growth of micro-enterprises at farm level in the ‘certified organic’ agriculture value chains and is currently working with 700 of these across the two main islands. The Maua app could improve these farmers’ ability to reach more customers. Finally, SkyEye is also working with N.O.L.A., the advocacy body of persons with disability (PWD’s) in Samoa to ensure that the service is accessible to PWD’s. N.O.L.A.’s ‘Access Audit Team’ will be testing the different versions of the application during its development, and provide feedback on its usability. 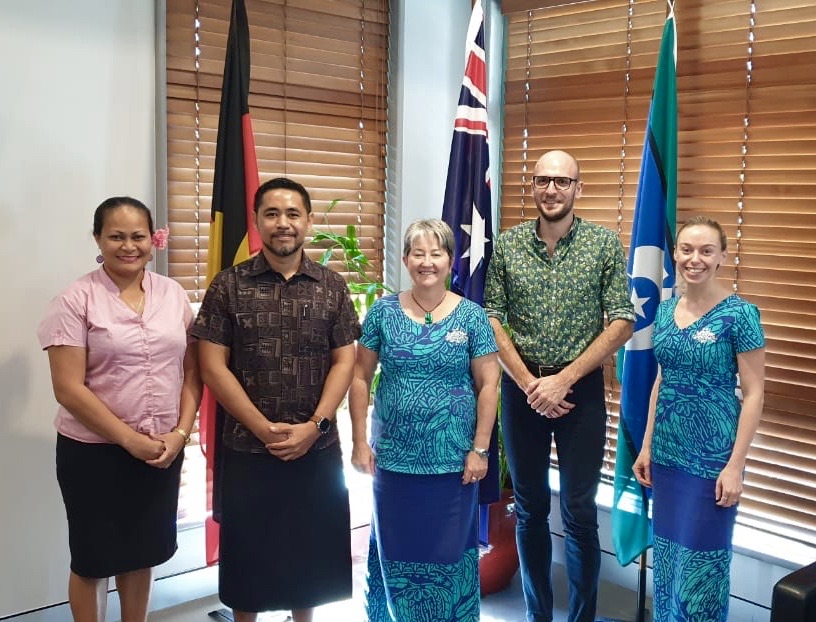 Sam Saili, CEO of SkyEye, presenting his company at MWC 2019 in Barcelona

Finally, to the external observer who might be tempted to dismiss Samoa altogether, based on the fact that its home market is too small in comparison to other emerging economies in Asia-Pacific, it is important to outline that there is potential for replication in the region. In fact, the physical distance between Pacific Island nations should not hide the fact that most nations in the region are facing the same technological challenges, and that solutions developed in a given market are likely to be extremely relevant in others in the region. For instance, the GIS (Geographic Information System) and vehicle tracking solutions that have been developed by SkyEye in Samoa to overcome the inaccuracy of Google Maps’ services and the lack of a reliable addressing systems in the country have already solved similar challenges in ‘neighbouring’ markets.

The Ecosystem Accelerator programme is not only committed to supporting SkyEye’s project, but also to sharing expertise from other Asia Pacific projects more broadly with the Samoan ecosystem, and to increase its visibility in international platforms. We should be announcing a collaboration very soon with a world-class partner which will take this support to the next level. Stay tuned!

We would like to conclude this post by thanking the SkyEye team for hosting us and for opening the doors to all the stakeholders in the Samoan ecosystem we met, and the local Australian High Commission team for their warm welcome and support. 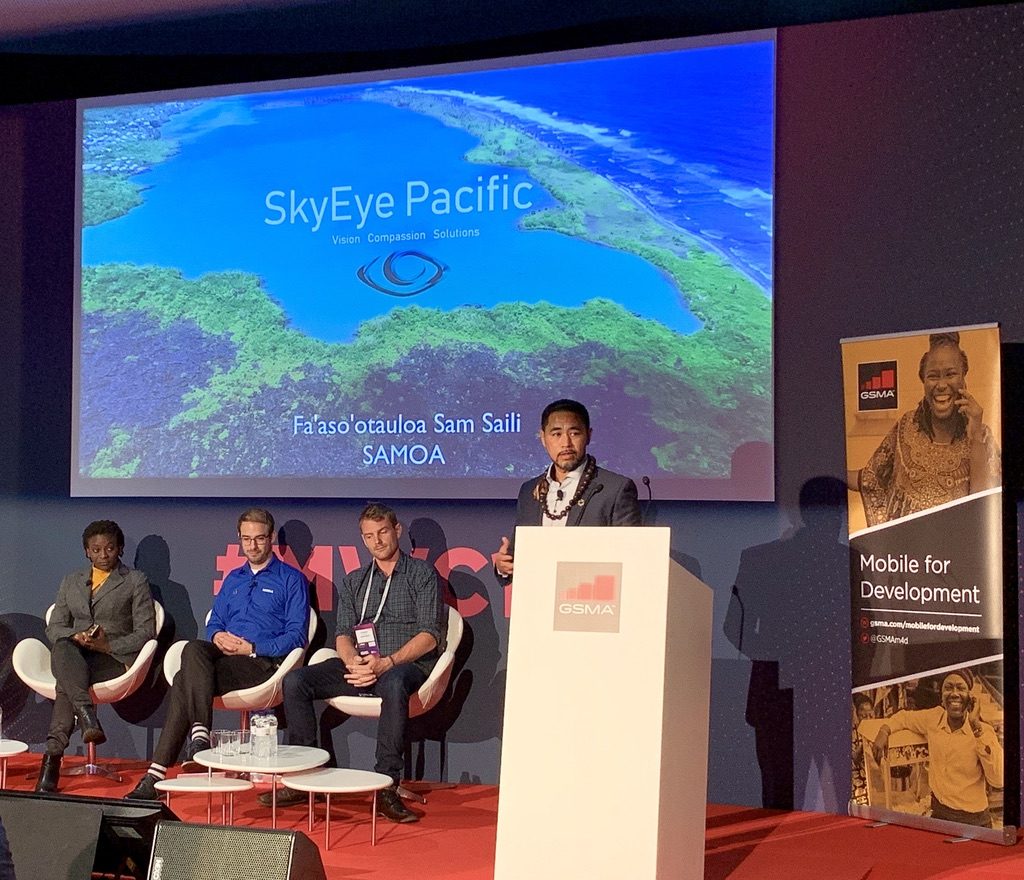 Meeting with the Australian High Commission team in Apia, Samoa