Mobile money: promoting the use of faster, safer and cheaper international remittances 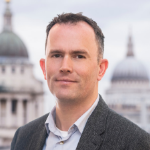 The International Day of Family Remittances (IDFR) is a globally recognised observance adopted by the United Nationals General Assembly, which celebrates the pivotal role of remittances in improving the lives of millions of migrants and their families. GSMA Mobile Money has been pleased to endorse the IDFR since 2016. This year, we were honoured to participate in the Global Forum on Migration & Development’s (GFMD) Observance Event at the UN headquarters in New York. Convening UN member states, relevant UN bodies (IFAD, IOM & UNDSA), multilateral institutions such as the World Bank andprivate sector representatives, the event focused on fostering a favourable environment to maximisethe impact of remittances and diaspora investments on the achievement of the Sustainable Development Goals (SDGs).

This year, with remittances estimated to impact the lives of up to one billion people either as senders or recipients, the GFMD is emphasising how these flows enable migrants, their families and their communities to improve their access to health, education, housing and other financial services, hence enabling them to achieve their own SDGs. This alternative conceptualisation recognises the critical role of migrants as active agents in furthering sustainable development.

The Observance Event highlighted the means of achieving Objective 20 of the Global Compact on Migration for cheaper, safer and faster remittances, together with the partnerships required to achieve the 2030 Agenda. It is estimated that the average cost of sending remittances globally is above seven per cent; however, the cost of sending international remittances via mobile money is just 1.7 per cent, easily achieving the SDG 10.c target of less than three per cent.

Many speakers highlighted the main reasons as to why the costs of remittances remain stubbornly high. Correspondent banking derisking was emphasised as a principal contributor, as were complex local regulatory environments and value chains and a lack of competition across many corridors. Although there is no singular solution that can address these factors simultaneously, industry initiatives such as the GSMA Mobile Money Certification can give both correspondent banks and regulators alike the assurance that high standards of AML/CFT risk management are being upheld on both outbound and incoming remittances.

At the GSMA, we chose to highlight how mobile money can formalise remittance flows and help migrants, their families and their communities achieve their own SDGs. Remittances terminating in a mobile wallet mean that the recipient is both financially and digitally included. Those remittances also become a store of value that can be invested in agriculture, education, health, water and pay-as-you-go utilities, and can be onward invested into government bonds and even housing. Other financial services, such as credit and insurance, may be offered on the back of such remittances. Taken together, these diverse mobile money use cases facilitate local job creation and economic growth that contribute towards achieving the SDGs both at an individual and national level.

The GSMA was proud to endorse the IDFR for the fourth year running, and we look forward to reconvening with the industry in Nairobi in 2020.