Trust, misinformation and the role of technology in the localisation of information: Five key lessons 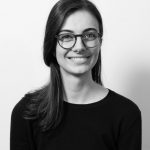 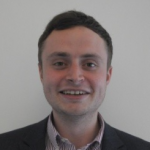 As COVID-19 has illustrated, in the context of a pandemic almost nothing is as important as timely, trustworthy, and actionable information. Due to the circumstances, mobile technology came to play a key role in disseminating information over the last 18 months. And while digital channels provided the benefit of social distance and therefore safety, they also created their own challenges, especially in terms of building trust with users.

Together these representatives shared many great lessons in a panel discussion. Below we have highlighted the top five.

It is important to meet users where they are. A successful technology project often won’t try to get users to use a new platform but rather, to leverage one they are already comfortable with.

“We realised that for us, it was important to utilise an existing platform that users were already familiar and trusted with rather than developing a new platform“.

Both Sesame Workshop and the Solis Bot leveraged Whatsapp for this reason, building on a tool that users already used in their daily lives. IRC also used Facebook, which is popular in Central America and a vital way of distributing content.

“There are vast differences between countries in the way users want to see content – some prefer visual content, others written. Part of localisation is being fluid and responsive to local needs.”

This is equally true for the types of content they prefer. All three panellists spoke about tailoring their content to meet user preferences including emojis, voice notes, visual content, and videos. It is important to conduct proper user research to understand these user preferences.

We often talk about the power of digital channels to reach scale. Information can be disseminated quickly around the world to a vast number of people using technology. However, this benefit needs to be weighed against localisation to ensure it is accessible and relevant to audiences.

“We’ve tested with users what are the key terms that are going to have the most impact with users. We have added the feature of having voice notes; this helps with accessibility and people who are illiterate.”

Additionally, Kim Foulds (Sesame Workshop), highlighted the importance of representation of the Alhan Simsim audiences in their characters. While Sesame Workshop primarily target displaced Syrians, the Ahlan Simsim programme is broadcast around the Middle East, so they include characters from various backgrounds, including diverse Arabic dialects.

“Regardless of where people come from, we want them to see themselves in the characters.”

3. Be responsive to local developments

As COVID-19 was a rapidly developing context, it was important to respond to local developments. This was key in building trust with users. IRC noted that their programme is iterative.

Information and service landscapes are local and should be responded to as such. Rumours will be based on local circumstances, events, and anxieties so organisations must take this into account. George Zahm (Solidarités), noted that the Solis Bot aims to increase responsiveness to community concerns. This responsiveness was one way that they were able to build trust with users.

4. Build trust by delivering on promises

It can be challenging to build trust in a new technology solution, especially in the context of a pandemic. It may sound simple, but one solution that panellists noted to build trust was simply to deliver on services promised. Through consistent, relevant programming both IRC and Solidarités were able to build trust with their users.

“Initially, people didn’t understand or trust the Whatsapp bot. But, through field training, people became familiar with the benefits and began to trust the bot as well as the field workers. The more people understood the benefits, the more they trusted the service.”

Additionally, panellists noted that the technology itself provided some benefits that enhanced trust, like anonymity. With sensitive services like gender-based violence support, digital channels can provide more comfort to users than in-person services.

Overall, panellists agreed that around the world as the use of mobile technology continues to grow, it remains an important channel to reach people. It’s important that humanitarian organisations learn to leverage technology appropriately, reduce risks of digital harm, and ensure that digital infrastructure is extended so digital divides don’t exacerbate existing inequalities.

It is clear from listening to the organisations above that trust in humanitarian contexts is difficult to build. Once trust is established, it is vital to be adaptive, responsive and representative in order to maintain it.

We thank the three organisations for taking part in this session and look forward to further panel discussions in the future. If you would like to watch the session in full, a recording can be found here.