When ID works for women: initial findings from Sri Lanka

As part of the Commonwealth Digital Identity Initiative, our [Caribou Digital] conducted interviews during fieldwork in Colombo and its outskirts to explore the role of ID for women and work. Our research explores the role of ID in enabling women to access a wider variety of income generating opportunities and in enabling women to retain and control their own income.

By and large, Sri Lanka is a country where ID does work for women. Access and ownership of ID credentials is prevalent in Sri Lanka, and therefore almost taken for granted, enabling women to think beyond the need for ID and focus rather on the choices they have when it comes to work and income. As ID ownership is the norm, it is particularly challenging for those who don’t have ID or who have lost it (see Gayani & Puni’s stories below).

There is both high birth registration (97 per cent — according to UNICEF’s 2017 data) and high national ID enrolment (95 per cent of men and 90 per cent of women according to the World Bank’s 2017 Findex survey). Almost everyone we interviewed in Colombo and the outskirts — from the most vulnerable to the wealthiest — had their identification credentials, though we acknowledge this might be different in other parts, especially the post-war north and east of the country. The government is also moving towards smart IDs which have a machine readable bar code in addition to fingerprinting. Some of the women we spoke to had heard about these and a few had them, though the majority still had paper, laminated IDs.

ID is widespread in Sri Lanka thanks to a robust registration system, supported by schools and the village councils, called Gram Sevakas. The National ID (NID) enrolment occurs at age 16 when students sit for “O-level” exams. Obtaining the NID is not linked to passing the exam itself, which ensures the broadest coverage possible. Further, according to UNICEF data from 2017 there is no difference between male and female birth registration — both are at 97 per cent — and according to the World Bank’s 2017 Findex Survey, there is a small gender difference in uptake of national ID — five per cent of male population does not have a national ID, compared to 10 per cent of the female population. The major populations who are affected by a lack of an ID are tea estate workers, who are typically of Tamil origin. Tea estate workers were only recently given voting rights (and therefore voter IDs) in 2007.

In Sri Lanka, the prevalence of IDs for both men and women means that women are enabled to access work and rarely think about the case of not having an ID because it’s so common to have one.

In the sample of 80+ women we spoke with, almost everyone had their identification credentials (the National ID and/or a village headman’s certificate, and the birth certificate). From these interviews, we learned that in the domestic sector employers ask for an ID and keep a photocopy — in particular for “daily” workers who do not live at the house. In factories, whether permanent employee or daily worker, an ID is required to work. However, the need for ID for online work is more nuanced. Some online platforms do not require an ID, and most payments are done as cash on delivery. In some cases though, there may be a need for ID to enable online payment.

In the context of ID prevalence, loss makes vulnerable communities even more dependent on intermediaries

In our demographic, only three people (two women, one man) did not have an ID and this was because they had misplaced and not replaced them. Re-issuing their IDs would require them to go back to their birthplace and be vouched for by someone, which none of them could achieve. Gayani story shows how challenging this is and the impact it can have.

“I tried to apply for my identity card but I was not known in this area (Katunayake, about one hour from Colombo). They [the factory employers] asked me for a certificate from the Village Headman. When I went back to my hometown, our Village Headman did not know me because I grew up in a hostel and from then on I was moving from place to place so he didn’t want to give me a certificate. In the meantime, I used a family member’s, which the factory accepted. I eventually got help from this labour rights NGO, ‘Stand Up’. There I got the help of a lawyer and eventually got the NID.”

Going beyond ID, other factors affect access to better work

The women we spoke to stated education, experience, and connections as additional factors impacting access to work beyond the ownership of an ID, given how prevalent and essential it is for all types of work.

Prevalence of ID does not protect women from work issues

Ownership of ID does not protect under-age workers as some employers still recruit under-18s despite seeing their age. Employment agencies too have a role to play, as some employees mentioned how they facilitate fake IDs for them, especially if they are under-age. 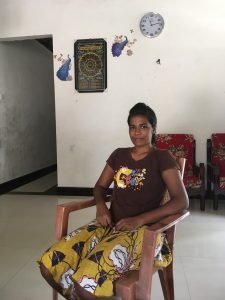 Anusha — a garment factory worker at 17

“I was encouraged to work by my sister who worked in the same factory area. As I was just 17 at the time, I couldn’t be hired to become a permanent employee so I went to a manpower agency who accept those from the age of 16. At the time, I only had the postal identity card not the national identity card. My sister and I have the same initials so I used my sister’s identity card and got the job. After she got married, I couldn’t use her ID anymore, she thought she would get into trouble. But one of the manpower agencies had a set of extra identity cards and photocopies that they would give to people like us who do not have identity cards so I could continue working, factories don’t check photographs just the name. It is not legal to work before 18 — even if I had an ID — so when there are audits at the agencies, the factory will hide those who are underage or ask them to leave by another gate. If you haven’t reached the factory yet when the auditors come, they will tell you to come later. The problem is, you need to compensate later for those hours you haven’t done and because we are not permanent workers we don’t get a better rate for overtime.”

ID is essential for KYC processes in banks and most of the respondents had a bank account — some were encouraged by their employer — although the accounts were not always active. We note that this reflects the situation of Colombo and outskirts only, as it may differ elsewhere in the country.

Despite this move to formal banking, many women we interviewed still use informal savings and loans that do not always require ID but may be less secure, such as friends/neighbour savings groups called “seettu” or pawning of their jewellery.

Mobile money services were not commonly used for a range of reasons both cultural and practical, such as the need to go to an agent as not familiar with the system, the fear of hacking or making a mistake when using mobile money, the concern of using data and that the husband may think they are using the phone too much.

“It’s better to give something you possess and take the money rather than going for loans. We can redeem this at any time when we have the money but the process for getting a bank loan is very long and we need guarantors.” Samanwathi, 28, domestic worker

We will explore the domestic, factory and online sectors in more detail in future blogs, but our initial takeaways are:

Caribou Digital is publishing a series on insights derived from our research on women, work and ID in Sri Lanka and Bangladesh. This is the first of our blogs from Sri Lanka. Bangladesh findings are here.

Exploring the Gender Gap in Identification: Policy Insights from 10 Countries

Our 10-country study explores the intersection between cultural, social and policy barriers facing women and girls when accessing and using ID and provides gender-sensitive solutions for governments to ensure a more enabling ID-related ...

Over one billion people around the world, including more than 230 million women and girls in the Commonwealth, lack official proof of identity. Recognising that mobile technology and mobile network operators (MNOs) are well-positioned ... 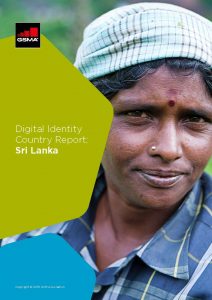 The Commonwealth Digital Identity Initiative is funded by the UK Department for International Development (DFID) and the Australian Government (DFAT), and is supported by the GSMA, its members, World Bank and Caribou Digital