Grameenphone’s GPAY app: How small changes can make a big difference for women 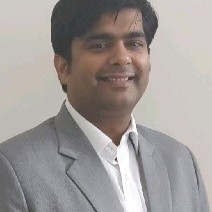 Listening to customers to understand the barriers that restrict women from using mobile services can be instrumental in helping MNOs uncover some cost-effective quick wins for reaching female customers. This blog talks about one such quick win, which was unearthed by Grameenphone, Bangladesh. Insights from their customers helped them to understand the barriers that women face in accessing mobile services. This led them to make a few small adjustments to their mobile money app that drastically increased their daily active user base and female coverage. These learnings can be replicated and put to use by organisations which are keen to reduce the mobile gender gap.

Grameenphone, a Connected Women Commitment Partner, launched a mobile money service  in 2007, available on basic and feature phones via the USSD channel. In line with the regulations in Bangladesh, only utility bill payments and airtime recharges were offered to customers through the service. To access the mobile money (MM) account, customers had to dial a USSD code from their mobile phone. But when Bangladesh witnessed a gradual surge in smartphone users among urban populations, Grameenphone decided to launch the GPAY app as another channel for accessing the MM account and to cater to the needs of more tech-savvy customers. The idea was to provide more value to their customers, limit churn, make women feel safer by enabling non-assisted transactions, maintain their relevance in a highly competitive market, and extend superior user experience to the smartphone-using population.

There was hope that the app would gain traction, especially among women. This hope emanated from discounts offered to customers on bill payments through the app, integration of all major utility service providers on the GPAY app, and the fact that women tend to pay the utility bills in Bangladesh, making it a seemingly natural product to attract female customers. But, contrary to Grameenphone’s expectations, the app did not attract mass market customers and uptake among women was limited.

Grameenphone listened to customers, revamped the GPAY app, and used innovative ways to promote it

To understand how they could improve the app, Grameenphone conducted research with its users. The objective was to understand the barriers preventing customers from using the GPAY app. The research team conducted focus group discussions and interviews with businesspersons, students, skilled workers and housewives. This research highlighted 66 pain points. Among the feedback provided by customers, a theme of improving the User Interface (UI) and User Experience (UX) emerged very strongly. Customers offered some very insightful suggestions including adding a feature to enable repeating previous payments with a single click, a need for a ‘Recent tab’, and adding an autofill feature for account information.

Grameenphone saw this as a potential quick win. They immediately knew that they could correct this easily without needing to outsource this task to an agency and thus heavily reduce the cost of an app revamp. Customer feedback was relayed to the app development team. The new revamped app was released in 2019, initially only to staff members and then to the public. It had the following features:

To promote the app among women, female brand promoters were engaged to reach women and educate them on the app during village meetings. Benefits of the GPAY app were announced on mics in villages. Grameenphone also ran an offer providing some reward funds into the MM accounts of people who attended these meetings. Retail outlets in villages were branded with posters depicting the benefits of using the GPAY app. Grameenphone’s retail agent network was incentivised for acquiring customers for the GPAY app.

The changes led to increased usage among women

This user interface revamp combined with targeted marketing and distribution worked. Grameenphone saw more than a 100% surge in the daily active users and bill payment volumes. The most encouraging figure was a sudden sharp increase of female users from only 12% before the app revamp to 19% post app revamp. The rate of increase in uptake is very promising and Grameenphone is hopeful that it can help to bridge the mobile gender gap in Bangladesh through the GPAY app.

As per our Recommendations #6, #7 and #8 in our ‘Reaching 50 Million Women with Mobile’ report, to reach women effectively, often slight adaptations to existing products work wonders. As Grameenphone’s GPAY app experience demonstrates, these adaptations – when combined with female-centred distribution strategies and involvement of women as promoters of the product or service – lower barriers of mobile money and mobile internet uptake and help strengthen female coverage.