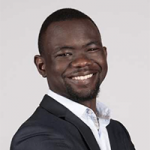 Pakistan faces a multitude of challenges in its healthcare sector. The country ranked 154 among 195 countries in terms of quality and accessibility of healthcare, lagging behind its South Asian counterparts Bangladesh, India and Sri Lanka. Fifty per cent of Pakistan’s population is deprived of basic healthcare facilities and about one per cent of the country’s GDP is spent on healthcare, eight times less than the World Health Organisation (WHO) recommendations. The situation of maternal and child healthcare is worse and the infant mortality rate in the country paints a gloomy picture.

Unfortunately, the lack of female doctors actually practicing medicine coupled with socio-cultural taboos partly explains the inaccessible healthcare. Pakistan produces 150,000 doctors ever year and 63 per cent of its medical students are female, yet only 23 per cent of doctors are women according to 2014-2015 Pakistan Medical and Dental Council.

In light of these statistics, Sehat Kahani launched affordable healthcare solutions to underserved communities across Pakistan in 2017. The start-up created a network of e-hubs (walk-in centres) that uses telemedicine to connect users to qualified online doctors with nurses acting as intermediaries in various communities. Sehat Kahani also has a mobile and web-based telemedicine solution where users can get access to virtual consultation as well as general preventive and mental health information. As of December 2018, Sehat Kahani had completed 27,510 virtual consultations and 36,057 patient visits to its telemedicine e-hubs.