On the 22nd of September 2017, we had the chance to be part of the Jury of the Seedstars competition organized in Dakar, which aims to select the best local start-up and allow it to pitch its business in Maputo in December for the Africa regional summit, and then in Lausanne, Switzerland in April 2018 with 87 other start-ups for the global competition. The winner will get up to $1,000,000 USD of equity investment.

As always, we wanted to share our three main takeaways from this event.

1. English: A linguistic barrier for the Senegalese start-up ecosystem?

After spending one week in Dakar as part of our Innovation Fund’s second round selection, it is becoming clear that French -which is the official language in the country- is the dominant language in the Dakar start-up ecosystem. That might seem obvious, but it could also be a barrier that slows down the growth of this ecosystem.

Claudia Makadristo, who manages the Seedstars competitions in Africa, took this opportunity to remind the participants that last year’s winner, Kémo Touré (Founder of the start-up Witiko) participated twice before winning the local competition. In fact, he finished second in the 2015 edition after doing his pitch in French (while the winner, Volo, pitched in English), but then decided to spend a year perfecting his English and went on to win the 2016 edition after pitching in English.

2. Open innovation as a catalyst for Dakar’s “tech”

Beyond highlighting the work of promising start-ups, an event such as Seedstars also brings together different ecosystem players. We were not surprised to see the very active tech hubs CTIC or Jokkolabs take part in the event, but it was interesting to confirm the commitment and involvement of many corporates towards tech entrepreneurs in the country. “Open innovation” is of huge importance to different corporates that operate at the heart of one of the most dynamic ecosystems in francophone Africa. It is the case in the hospitality industry (with AccorHotels who hosted the event), the finance sector (with Cofina Startup House who co-organized the event, and is the Innovation Lab of the Société Générale) and of course, in the mobile industry with for instances, the initiatives put in place by Orange: 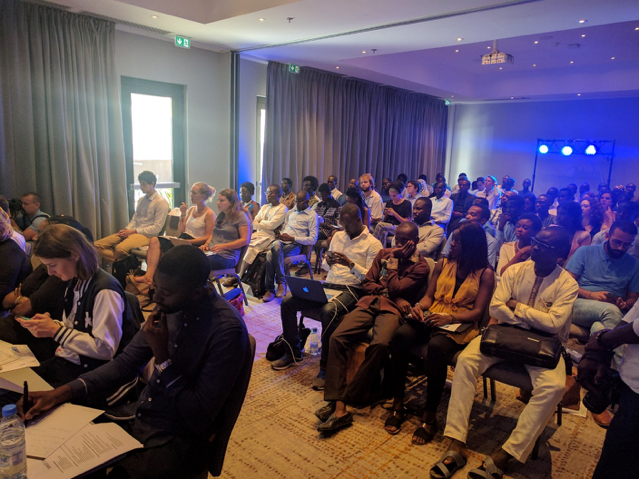 According to some sources, the informal economy represents between 40% and 50% of Senegal’s GDP. Formalising and including buyers of the informal sector (both digitally and financially), who are usually micro-entrepreneurs themselves, is a major challenge for the country in the years to come. A challenge that the three winning start-ups of the Seedstars competition did not fail to address, since they all aimed to contribute to the solution.

This is the case of MaTontine who won the competion. Its team created a solution for mobile and automated tontines (rotating savings and credit associations) that allow members of tontines -usually women owners of small businesses- to access credit and insurance services.

This is also the case of Bayseddo who finished second, and who provides small Senegalese farmers with a crowdfunding tool to better farm their land and crops using external funding.

Finally, Paydunya -who took the third place- provides a digital payment solution that allows small merchants to access the world of e-commerce but also that of CRM.

To summarise the ambition of these entrepreneurs, Babacar Birane, Seedstars ambassador in Senegal and founder of the start-up Concree – a platform that aims to support entrepreneurs with mentorship and financing- said: “Most challenges facing Senegalese people today can be resolved by Startups.” 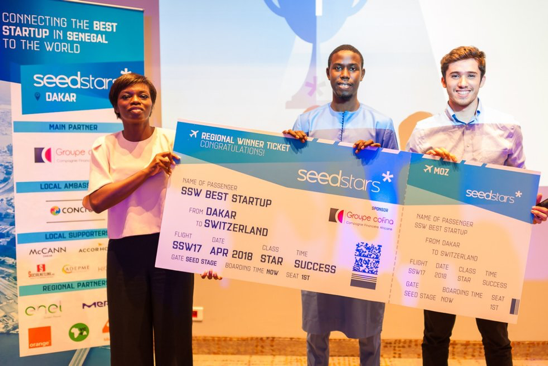