Join us for the launch of the Mobile Gender Gap Report 2021 to hear the latest data and insights on the mobile gender gap across low- and middle-income countries. You’ll also learn how our partners are working tirelessly to improve digital and financial inclusion for women, reaching 50 million women and counting.

Access to a mobile phone and mobile internet provides women with a range of opportunities to improve their lives, including information and services related to income generation, education, health, safety and personal wellbeing. These opportunities are even more critical as the COVID-19 pandemic continues to disproportionately affect women.

Sizing the mobile gender gap and generating country-level data draws attention to this issue and provides key evidence to inform action. We look forward to exploring the new research with you and hearing the perspectives of our partners as they share what they are doing to drive digital and financial inclusion for women.

The Mobile Gender Gap Report 2021 will be launched on Thursday 17 June here.

The Mobile Gender Gap Report 2021: Presentation of the key findings from the latest research 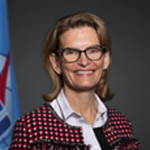 Doreen Bogdan-Martin was elected Director of the ITU Telecommunication Development Bureau in November 2018 and took office on 1 January 2019, and is the first woman in ITU history to hold one of the organization’s top elected management positions.

She is a strategic leader with more than 30 years’ high-level experience in international and inter-governmental relations, and a long history of success in policy and strategy development, analysis and execution. ​

She was an architect of the annual Global Symposium for Regulators, the pre-eminent global event for digital policy-makers, and leads ITU’s contribution to the EQUALS Global Partnership for Gender Equality in the Digital Age. For more than a decade she has served as Executive Director of the UN Broadband Commission for Sustainable Development, and is leading ITU’s collaboration with UNICEF on the Giga project to connect all the world’s schools.

Ms Bogdan-Martin is a frequent speaker at top-level international policy events, and is spearheading ITU’s new Youth Strategy to more actively engage with the young people who are driving the next wave of digital transformation.

She holds a Master’s degree in International Communications Policy from the American University in Washington, DC and a post-graduate certificate in Strategies for Leadership from the Institute for Management Development in Lausanne, Switzerland.

She is an affiliate of the Harvard University Berkman-Klein Center for Internet and Society, and is a Generation Unlimited Champion and a Champion of the EDISON Alliance led by the World Economic Forum. She serves on a number of advisory bodies, including the Geneva-Tsinghua Initiative, the SDG Lab Advisory Board, the UN Technology Innovation Labs, and the Alumni Expert Council of the Internet Governance Lab of the American University in Washington D.C. She is also a qualified amateur radio operator.

Isabelle joined the GSMA in October 2020 as Insights Director for Connected Society and Connected Women. In this role, she leads on the Insights deliverables across the teams to identify synergies and generate broader insights on how to drive digital inclusion in low- and middle-income countries. She is currently focused on applying these insights and data to support the GSMA’s efforts to address the barriers facing underserved populations to access and use mobile technology.

Prior to the GSMA, Isabelle led an insights team at a non-profit think-tank focusing on digital skills, financial inclusion and innovation ecosystems in Africa. Previously, as the Technical Director for Evaluation at World Vision International, she collaboratively built and scaled a global measurement system used by 64 country offices to measure change in well-being.
She holds an MSc from LSE in Development Management and a BA in International Relations with Development Studies from Sussex University. She has lived and worked in Africa and South Asia, most recently in Zambia and South Africa. 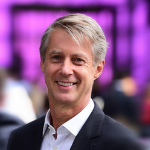 Mats Granryd is Director General of the GSMA and a Member of its Board. He leads the GSMA in supporting its global membership through a range of industry programmes, advocacy initiatives and industry-convening events.

Prior to GSMA, Mats was Tele2’s President and CEO as well as spending 15 years in a variety of roles at Ericsson.

Dominica is Senior Director for the Connected Women team. Prior to joining the GSMA in 2012, she worked with a diverse range of private and non-profit organisations, supporting them with strategy, research, implementation and project management. Dominica spent five years as a management consultant at The Boston Consulting Group, working with clients in the financial, charity, healthcare, media, consumer goods and energy sectors. She has also worked for VisionFund International and Shell’s Future Fuels team. Prior to this she founded a wedding and events business and competed internationally as part of the British Sailing Team.

Dominica graduated from Oxford University with a BA in Geography and an MSc in Environmental Change and Management.

Phumzile Mlambo-Ngcuka is United Nations Under-Secretary-General and Executive Director of UN Women. She was sworn into office on 19 August 2013 and brings a wealth of experience and expertise to this position, having devoted her career to issues of human rights, equality and social justice. Ms. Mlambo-Ngcuka has worked in government and civil society, and with the private sector, and was actively involved in the struggle to end apartheid in her home country of South Africa.

From 2005 to 2008, she served as Deputy President of South Africa, overseeing programmes to combat poverty and bring the advantages of a growing economy to the poor, with a particular focus on women. Prior to this, she served as Minister of Minerals and Energy from 1999 to 2005 and Deputy Minister in the Department of Trade and Industry from 1996 to 1999. She was a Member of Parliament from 1994 to 1996 as part of South Africa’s first democratic government.

Ms. Mlambo-Ngcuka began her career as a teacher and gained international experience as a coordinator at the World YWCA in Geneva, where she established a global programme for young women. She is the founder of the Umlambo Foundation, which supports leadership and education. A longtime champion of women’s rights, she is affiliated with several organisations devoted to education, women’s empowerment and gender equality.

She has completed her PhD on education and technology at the University of Warwick, United Kingdom. 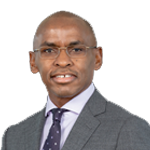 Peter is the CEO of Safaricom PLC, a leading communications company in Africa. Safaricom is also the pioneer of M-PESA, the world’s most developed payment system.

Peter joined Safaricom on 1 April 2020. He is an experienced Board level leader with a wealth of experience in General Management, Commercial and Business Strategy, Sales and Finance Operations, having spent over 25 years in various roles within the Financial Services and Fast-Moving Consumer Goods (FMCG) sectors in Africa and Europe.

In his most recent role, Peter was responsible for Diageo PLC operations in 50 countries in Western and Eastern Europe, Russia, the Middle East, and North Africa regions. Previously, he served as CEO in Guinness Nigeria PLC and Guinness Ghana Breweries PLC, transforming the two operations to deliver double-digit growth by investing in people, introducing new brands, and re-organising the businesses.

As a Chief Executive in several markets within the Diageo Group, Peter demonstrated the ability to transform businesses and organisations to deliver superior results. He has a real passion for delivering value to customers (with his principle of customer first), investing in talent, and getting things done.

Peter served for eight years across a range of senior Executive Director roles at East Africa Breweries Limited (a Diageo subsidiary) based in Nairobi. Serving as the Group Chief Finance Officer (CFO), Group Strategy Director, Sales Director, and as an Executive Director on the EABL Board, he was part of the team that saw the EABL business more than doubled in value – and winning the coveted Most Respected Business Award in East Africa for five years in a row.

Peter is credited with the development of an affordable-beer strategy for EABL resulting in the production of new brands such as Senator beer which became one of the most successful innovations by Diageo. He started his career at PwC, the global consulting firm, where he worked for 11 years. Peter draws his inspiration, in particular from his early upbringing laying the foundations for his strong value set, from his teachers and the legendary Dr Geoffrey Griffin – the late founder of Starehe Boys Centre- his alma mater, and his parents. 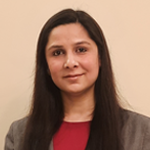 She has around 14 years of experience across telecom and technology sectors including extensive management consulting and business advisory experience with firms such as Ernst & Young and IBM. She has worked on a large number of consulting assignments across different geographies and multiple sectors/domains such as education, health care, IT and telecom.

In her current role at Jio, Vishakha has been driving important strategic programs and digital initiatives with various government organisations as well as other prominent establishments. Her areas of responsibility also include policy advocacy, research on emerging technologies and global regulatory frameworks and business development support for key strategic accounts.

Vishakha is an ardent advocate for gender equality in the digital world and has been driving important initiatives targeted towards bridging the digital gender divide.

Vishakha has done her MBA with a specialisation in Systems and Finance from Symbiosis Institute of Telecom Management and holds a degree in Engineering (B.E) from Mumbai University.

Claire has been working for over 20 years with public, private and international development organisations on social policy and service delivery with a focus on information and communications technology (ICT) policy and practice. She has developed, managed and implemented programmes in Africa, Asia and the UK including as a senior consultant at Atos KPMG Consulting and at IDRC. Claire holds an MSc in Social Research Methods (2012) and an MSc in Social Policy and Planning in Developing Countries (1997) from the London School of Economics and Political Science (LSE).