Authorities should monitor the outcomes of the World Health Organization (WHO) health risk assessment for radio signals and adopt the ...

Convening to protect the mobile ecosystem

Alongside #CybersecurityAwarenessMonth, the 44th Global Privacy Forum (GPA) kicked off in Istanbul on Tuesday. The GPA brings together ...

In many parts of the world, October is known as the Cybersecurity month. For the 10th consecutive year, the European Union Agency for ...

Welcome to the October edition of the GSMA Policy Insights Newsletter. In support of Cybersecurity Awareness Month, the GSMA has ...

Mobile connectivity and digital transformation present a unique opportunity for Sub-Saharan Africa to leapfrog its development. But ...

Protecting consumers in the mobile ecosystem

In the last thirty years, the market for mobile services has grown to represent more than five billion mobile consumers globally. ...

Key principles for network security and device integrity  In a new report, we highlight factors that can affect the security and ...

The GSMA warmly congratulates Ms Doreen Bogdan Martin on her election as Secretary General of the ITU.

This month we release a new analysis on the importance of the 6 GHz range for 5G's future. We also share the key takeaways from Mobile ...

In August, as part of Mobile 360 APAC, the GSMA hosted its annual Asia Pacific Policy Leaders Forum, which brought together key ...

This report looks at EMF and 5G mmWave networks. Importantly, national and international safety guidelines already include the use mmWaves. 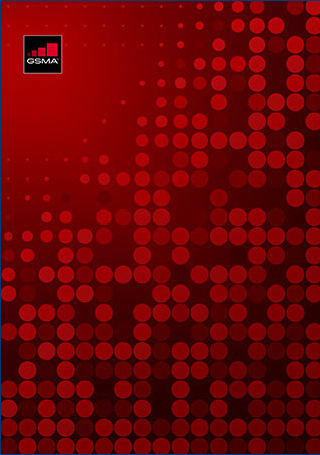 In Latin America the mobile environment is growing, both in subscribers and data traffic; however, roaming services are still emerging. Latin American countries are in different stages of economic development, with significant differences in inflation rates, currency exchanges, labor costs and GDP per capita. GDP per capita in some countries is up to 12 times higher than in others. Additionally, compared with regions such as Europe, roaming penetration in Latin America is small. Just seven per cent of the region’s population traveled abroad in 2011.

Roaming use and its relevance as a service for mobile users varies significantly across the region. As a result, up to 90 per cent of roaming traffic from the region is business-related. Within Latin America, there are around 500 operator roaming agreements and this number is growing. As commerce and tourism develop, more roaming routes are becoming economically viable. Roaming traffic flows are mainly across a number of key routes, although exact traffic patterns vary from operator to operator.

This brochure explains the technical side of mobile roaming and investigates price trends, the impact of regulation and best practice for international roaming in Latin America.