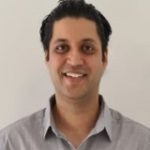 As operators around the world launch 5G and IoT, their roaming departments face complex challenges. Since these technologies require multiple new agreements with existing and new roaming partners. Still, there is a smart way to deal with all this. Here, Shamit Bhat, GSMA’s Interoperability Solutions Director and Blockchain expert, shares how emerging technologies such as blockchain, are rewriting the rules for roaming contract agreements.

A major rehaul for the roaming agreement process. Thanks to secure automation.

Today’s key challenges in the bilateral roaming agreement process, are due to manual and paper-based methods.. For instance, issues with identifying the right monetisation models and delays in agreeing contracts. As well as downstream synchronisation. All have led to disputes, bad debt situations, and sub-optimal revenue recognition.

Significantly, with the use of machine learning and blockchain, operators can now agree contract terms much more efficiently. Moreover, they can share terms transparently, in near-real-time, with all downstream functions. In this blog I will discuss how automation enabled by emerging technologies, will improve roaming contract agreements, and therefore, roaming revenue assurance.

Let’s start by looking at how roaming contract management is currently conducted.

Why do we need to re-look at this process?

Well, it’s been in place for around three decades, and unfortunately, so have these pain points:

Why are these pain points still here?

Through its working groups, GSMA has, on several occasions, tried to solve the issue of helping operators better synchronise amongst themselves, their roaming partners, and respective downstream teams. Yet the centralised nature of these processes and systems, along with the multiplicity of their reporting, create multiple sources of truth. Eventually, leading to discrepancies, disputes, and bad debt situations.

How can we address these issues?

With the advent of machine learning, blockchain technology and mature digital signature solutions, it is now possible to forecast and analyse in a smart and streamlined way, agree contractual terms virtually, and digitally sign a roaming agreement. In recent years, GSMA WAS group has been looking into the use of digital signatures for contracts.

How the industry is using blockchain to automate contracts

Blockchain technology helps to create an easily verifiable ‘single source of truth,’ in the form of an executable piece of code – or a smart contract that addresses a key process pain point. Indeed, this makes blockchain an essential technology for innovating the contract agreement process. Consequently, there have been many industry initiatives to develop its use into a viable solution for operators.

GSMA envisions automating the end-to-end Roaming Agreement process through its Negotiator service. In particular, operators can:

Be an early adopter, join the fast-track Accelerator