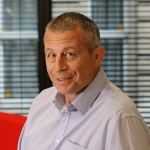 The promotion of P#6 and P#4 promotes commonality between devices and networks and reduces the testing overhead for both networks and devices by reducing the optionality in the IMS parameter settings. In addition, it is recognised that it is simply not scalable to test every device (100s) in every yet-to-be-deployed VoLTE network (circa 500). The mechanism proposed in this blog enables this logjam to be broken by independently testing networks and devices to a common standard and enabling mutual trust between devices and networks.

We started with six, now there are two.

Six recommended IMS profiles were originally defined by GSMA’s NRG to address the needs of Open Market Devices (OMDs) which faced the problem of how to test devices given they could be deployed in any network in conjunction with the variability of IMS settings of deployed networks which tended to be reasonably similar but not identical. As it is impractical to test every device against every network, the six profiles were defined to generically test the IMS capability on a device and thereby make it fit for purpose on any network.

As a further step toward commonality, MNOs were encouraged to adopt one of the six profiles on their networks when deploying VoLTE, this choice being dependent on their IMS service offering.

Helpfully and subsequently, based on vendor feedback, GSMA propose that the recommended six profiles can be further narrowed down to just two, namely Profile#6 (P#6) and Profile#4 (P#4)  in order to further promote commonality, facilitate interoperability and reduce the overall testing burden in the industry.

The two profiles are very common and both support VoLTE and SMSoIP. The essential difference between the two is that P#6 also supports VoWiFi in addition to VoLTE. Therefore, P#6 is a superset of P#4. MNOs who are yet to deploy VoLTE are encouraged to adopt either P#6 or P#4. It is possible for an MNO to initially adopt P#4 and then evolve to P#6 at a later date (i.e. add WLAN access to LTE access for the provision of IMS based services). In turn, OEMs are recommended to ensure their devices support P#6 to ensure alignment with corresponding MNO networks that have deployed P#6 or P#4.

We strongly encourage MNOs who are yet to deploy VoLTE to adopt either P#6 or P#4 prior to having their network accredited via GSMA Interoperability Testing to prove compliance to IR.25. In the event that an MNO decides to adopt P#4 initially and then enhance to P#6 subsequently, the MNO can perform a second accreditation to prove IR.25 compliance for VoWiFi and publish a second certificate for that network.  Following such network accreditation,  the GSMA shall record the achievement on its Interoperability Test results page  and also inform all OEMs currently accessing GSMA’s Network Settings Exchange (NSX) platform.

In addition, OEMs are recommended to test their devices against P#6. Note that P#6 is a superset of P#4 (essentially adding WLAN access and VoWiFi on top of P#4) and thus a device tested against P#6 is also compliant to P#4.  Device testing can be done either by the GSMA via its Interoperability Testing service or else in-house (“self-accreditation”). In the case of self-accreditation, traces must be provided to the GSMA as evidence of compliance to IR.25. The GSMA would  publish all such accredited devices on its Interoperability Test results page and also inform all MNOs currently accessing GSMA’s Network Settings Exchange (NSX) platform.  The GSMA would also requests that all accredited devices unlock VoLTE for corresponding accredited networks using P#4 or P#6.

The mutual adoption and support of P#6/P#4 by MNO networks and devices is intended to address the logjam of having to test every device in every network and to facilitate VoLTE interoperability and deployment.