The operator employed GSMA Device Map to provide a detailed picture of the devices connecting to its networks. This data was used to advise their executive teams on key aspects of the business, including network maintenance, optimisation and evolution, device behaviour and marketing campaigns.

“We had TAC data from other sources, but the GSMA Device Map provides far more information about the device’s operating system, browser and other software, opening the door to many research and consulting projects.”

GSMA Device Map data played an important role in informing major business decisions, such as when to switch investment from 3G to 4G and when to deploy VoLTE (voice-over-LTE) services. These were key investments with hundreds of millions of dollars at stake. “We decided to delay the deployment of VoLTE after Device Map revealed that relatively few customers had devices that can support this new service.  That insight has enabled us to allocate resources to more urgent projects.” 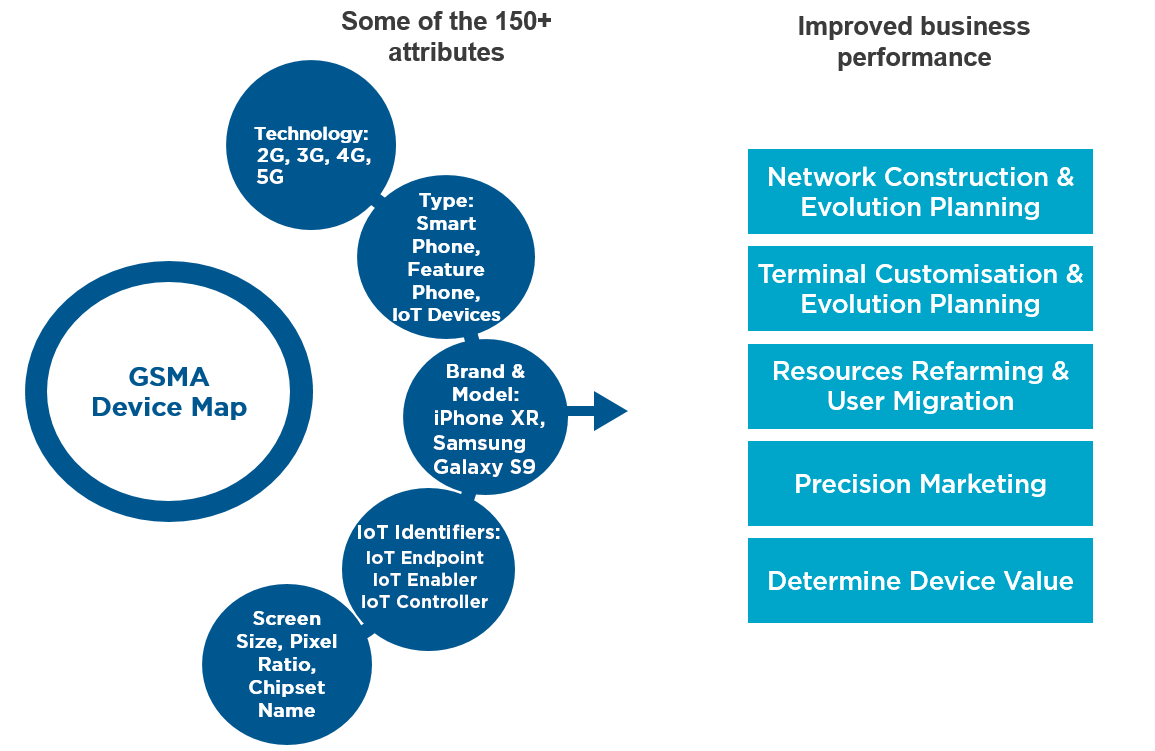 The Asian MNO also uses Device Map to identify which frequency bands the devices on its network support, so it can gauge when to refarm the 900MHz or 1800MHz bands for 4G.  Their strategy is to move as many possible users to 4G, to free up the 2G frequencies, so they needed to know how many 2G phones are still being used.  Device Map revealed that most 2G connections were not phones, but data cards for Internet of Things devices. This critical information allowed them to make informed decisions on which base stations can transfer specific frequency bands to 4G and which can’t yet be migrated.

Operators can also use GSMA Device Map for a wide range of purposes, including: