The Reduction of Mobile Money Levy in Tanzania

Through the Finance Act 2022, the government of Tanzania has introduced a further 43% reduction in the mobile money levy in Tanzania. ...

To tax or not to tax the digital economy in Sub-Saharan Africa?

Is it time to tax the digital economy in Sub-Saharan Africa? Digital transformation is bringing manyfold benefits to all sectors of the ...

A CASE FOR RETHINKING MOBILE TAXATION IN TANZANIA

Mobile is an important driver of economic growth across all sectors. In Africa, the International Telecommunication Union (ITU) ...

GSMA and Mobile Operators Launch “We Care” in DRC

The launch of the ‘We Care’ campaign in DRC took place on 21 July 2021. Mobile operators and government institutions  ...

On 9 February, as part of the Safer Internet Day celebrations, the GSMA among other MNO stakeholders including Safaricom PLC, Airtel ...

Akinwale Goodluck, Head of Sub-Saharan Africa took part in an online Mobile Broadband Inclusion media roundtable at the request of ...

In commemoration of International Girls in ICT Day, the GSMA partnered with the African Centre for Women, Information and ...

STATEMENT BY THE GSMA (SUB-SAHARAN AFRICA) ON COVID-19

The COVID-19 pandemic continues to be a global threat and the GSMA would like to applaud the efforts that governments within the ...

Launch of the Report on Digital Transformation in Tanzania

The report on Digital Transformation in Tanzania was launched on 18 March 2019 in Dar es Salaam, Tanzania. The Report highlighted the role of the mobile industry in achieving Tanzania’s Second Five Year Development Plan (FYDP II) and Tanzania Development Vision (TDV).

The objective of the event was to raise awareness with members, stakeholders and government on the mobile industry’s contribution to the economy of Tanzania, and its impact on various sectors such as agriculture, healthcare, financial services and employment, through digital technologies. 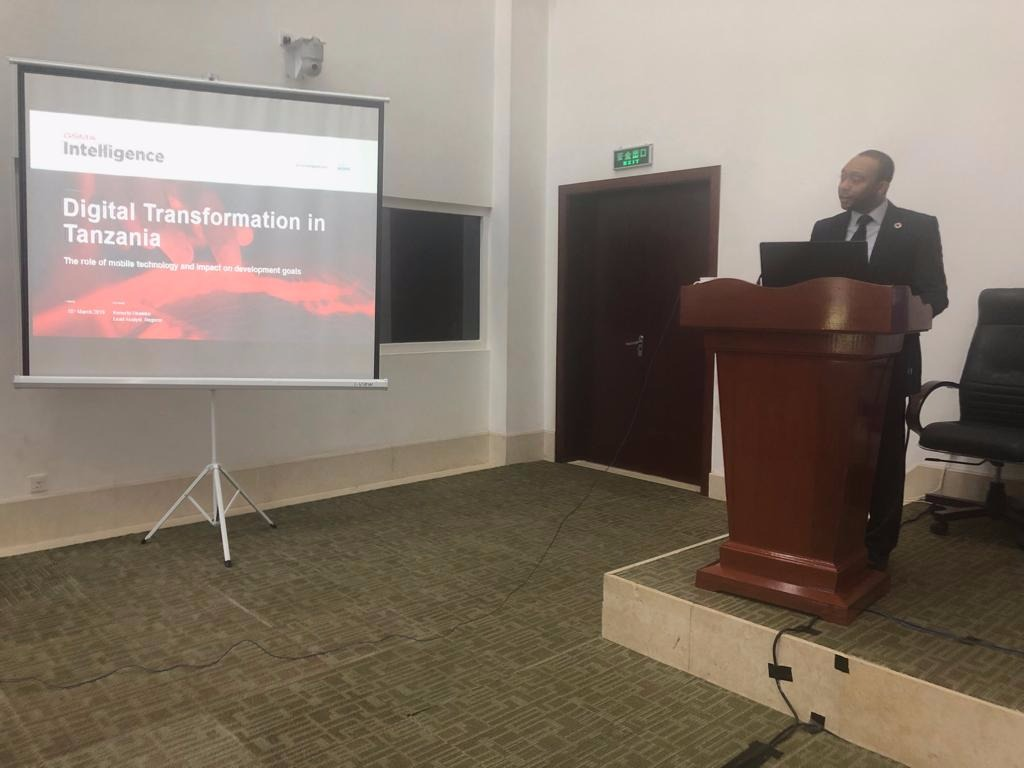 The launch also aimed at highlighting industry and regulatory challenges that need to be addressed to ensure the long-term sustainability of the industry and its capacity to extend life-enhancing services to underserved communities.