Scan this QR code download this case study to your phone:

Today, industrial transfer robots generally move heavy objects along fixed routes that are expensive to alter. That limits the flexibility of the factory to respond to changes in demand. Moreover, for safety reasons, these transfer robots have to be kept completely separate from the workers, which can mean a large amount of space is wasted.

A leading automaker in Beijing is now deploying 5G industrial transfer robots based on technologies supplied by Qualcomm and Thundercomm. The robots employ artificial intelligence (AI), developed by Thundercomm, which can help improve their performance over time. The still or moving images captured by the robots’ on-board cameras are used to help train them to recognise specific objects. Although the machine learning takes place in the cloud or at an edge computing facility, the results are used to improve the image recognition software running on the robot’s on-board modules.

Thundercomm believes most factories in China will ultimately come to rely on 5G connectivity. It estimates 5G could improve productivity in manufacturing plants by more than 10%, potentially adding hundreds of billions of dollars to China’s economic output. 5G robots, equipped with machine vision, could also make factories safer – they will be able to detect workers in the vicinity and take appropriate actions to prevent accidents.

Together, robotics, 5G and artificial intelligence are a potent combination of technologies that could be applied to develop valuable propositions, including self-driving cars and drones. Thundercomm is also working with Meituan, a leading Chinese Internet company, to develop 5G connected delivery drones, which are essentially flying robots. Having developed a prototype, Meituan plans to begin using the 5G drones for deliveries during 2022.

Moving on from expensive and inefficient fixed routes

In many manufacturing plants today, industrial transfer robots move heavy objects along fixed routes, which are expensive to alter. A new configuration will often require the supporting equipment on the entire assembly line to be changed. For safety reasons, these transfer robots are generally kept completely separate from the workers, which can mean a large amount of space is wasted.

A leading automaker in China is replacing these inflexible systems with 5G industrial transfer robots based on the Qualcomm Robotics RB 5 Platform. The robots are equipped with a Thundercomm T55M-EA 5G module, integrated with the Qualcomm Snapdragon X55 5G Modem-RF System, which supports 5G in sub-6 GHz and millimetre wave (mmWave) frequency bands. The module also supports GPS/GLON ASS/Beidou/Galileo/QZSS satellite positioning to ensure it can be accurately located as required.

Thundercomm has developed specialised software to run on the Qualcomm robotics platform. The company says its dedicated Robot OS, which is based on Android, has an optimised board support package/kernel, custom framework layers and integrated software package, algorithm, sensor engine, and interface for developers. To enhance the user experience, the Robot OS also integrates Thundercomm’s core technologies, such as fast boot, power consumption optimisation, face recognition, scenario recognition and an object-tracking algorithm. 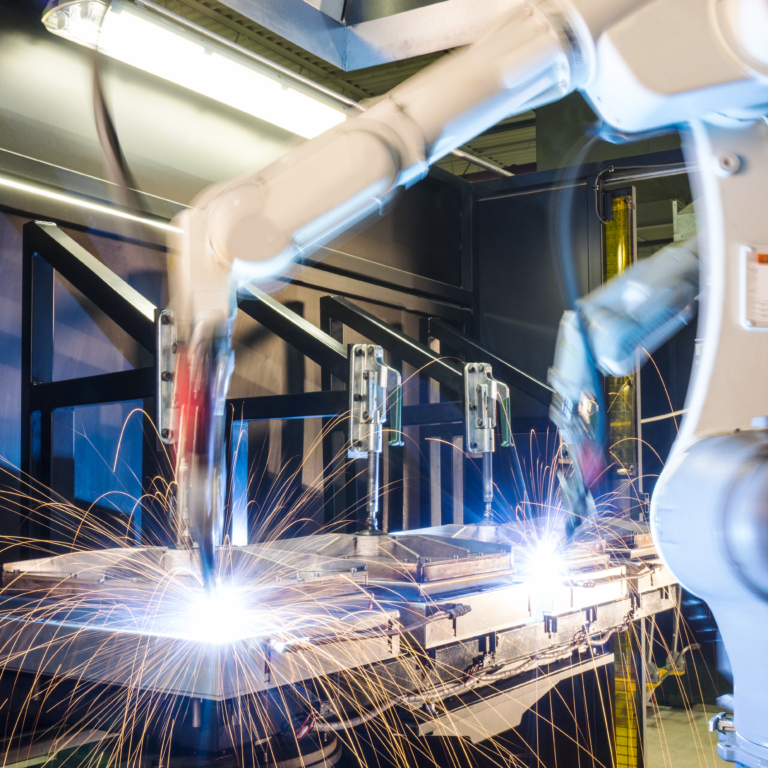 Industrial robots that rely on Wi-Fi can become temporarily disconnected when they move from one hotspot to another, potentially resulting in downtime, according to Thundercomm. By harnessing 5G connectivity, industrial robots can move freely within the network coverage of the whole factory and surrounding campus. Moreover, a 5G network can accommodate many different wireless devices connected to the same network.

Another key factor is the responsiveness of 5G, says Xinhui Yang, Vice President of Thundercomm. “The customer choice of 5G, compared with 4G, would be because of the low latency,” he says. “5G has better performance for latency and can have rapid response for some actions. Low latency is a key point.”

Although Thundercomm says the high throughput offered by 5G can be very important for many manufacturing use cases, Xinhui Yang also flags the value of NB-IoT, which is designed to support low power and bandwidth connectivity over wide areas. “There are more and more IoT scenarios where you only need low bit rate connectivity,” he says.

Over time, Thundercomm expects more and more manufacturers to use 5G and Wi-Fi 6 in tandem. “Most customers will use 5G to connect to the Internet or cloud, and Wi-Fi 6 for local connection,” notes Xinhui Yang.

Thundercomm believes most factories in China will ultimately come to rely on 5G connectivity. It estimates 5G could improve productivity in manufacturing plants by more than 10%. As China’s manufacturing output was US$3,854 billion in 20201, according to the World Bank, a productivity improvement of 10% could be worth hundreds of billions of dollars to China’s economy.

Xinhui Yang notes that robots can work longer and faster than human beings, and will also become less expensive. “In the factory, robots should deliver components - you don’t need a human being to do that kind of work,” he adds. “We hope robots can both replace human beings and help human beings.” Using robots for repetitive tasks, such as delivering parts, frees up workers for more complex, skilled roles. 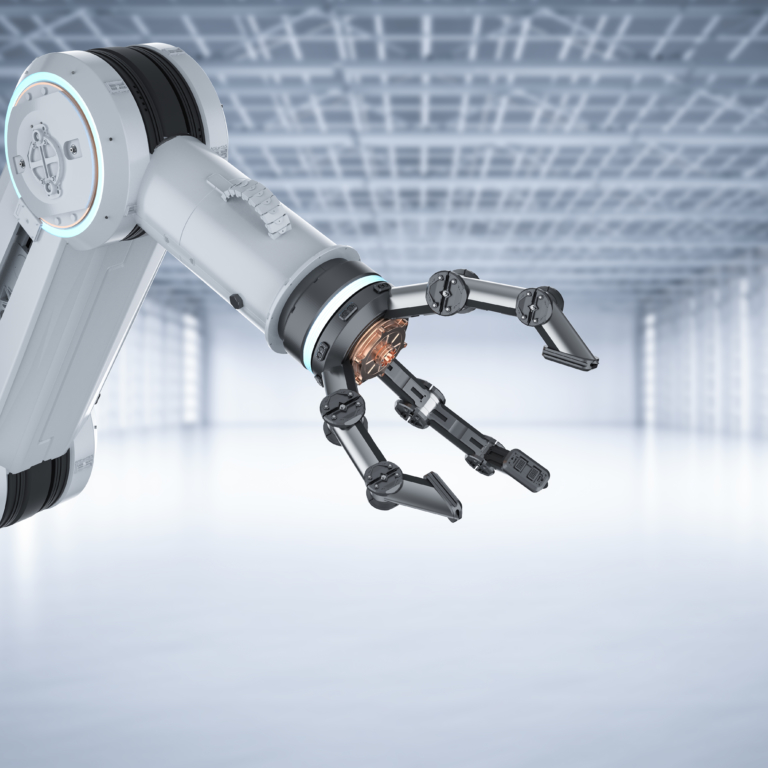 5G has better performance for latency and can have rapid response for some actions. Low latency is a key point. In the factory, robots should deliver components - you don’t need a human being to do that kind of work. We hope robots can both replace human beings and help human beings 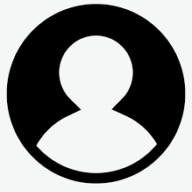 Thundercomm has developed artificial intelligence (AI) that can help improve the performance of the 5G robots over time. As a robot’s on-board camera captures still or moving images, they can be used to help train it to recognise specific objects. Although the machine learning is carried out in the cloud or at an edge computing facility, the results are used to improve the image recognition software running on the robot’s on-board modules.

Thundercomm’s AI, which can analyse video images in real-time, is designed to work in tandem with its EB5 Edge AI Box – an edge computing platform that manufacturers can deploy on site. Already deployed by Thundercomm customers in the U.S. and Japan, the EB5 Edge AI Box features advanced AI and codec capabilities for processing high-resolution video images. The EB5 supports 5G and Wi-Fi 6 connectivity.

“We provide an AI training service for the customer,” explains Xinhui Yang. “If you don’t know how to use AI, you can just capture a picture and upload it to our system and mark some information to teach the AI how to recognise what it is.” Over time a robot equipped with a camera can be used to detect defects in industrial equipment and machinery, thereby reducing the risk of a failure and subsequent downtime.

In this way, 5G robots, equipped with machine vision, are set to make factories significantly more efficient. These manufacturing facilities should also be safer – 5G robots will be able to detect workers in the vicinity and take appropriate actions to prevent accidents.

We provide an AI training service for the customer. If you don’t know how to use AI, you can just capture a picture and upload it to our system and mark some information to teach the AI how to recognise what it is. 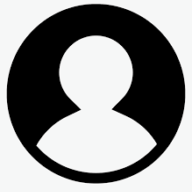 Broader commercialisation over the next three years

Together, robotics, 5G and AI are a potent combination of technologies that could be applied for many purposes, including self-driving cars and drones. Xinhui Yang says that Thundercomm is working with Meituan, a leading Chinese Internet company, to develop 5G connected delivery drones, which are essentially flying robots. Having developed a prototype, Meituan plans to begin using the 5G drones for deliveries during 2022.

At the 2021 World Artificial Intelligence Conference in July in Shanghai, Meituan demonstrated how drones and delivery riders could conceivably work together to deliver orders. Meituan said it is seeking to establish a demonstration centre in Shanghai’s south western district of Jinshan. This centre will run pilot operations for an urban low-altitude logistics network, the first of its kind to be established in China. The combination of drones, ground support infrastructure (landing ports, battery changing stations), and cloud-based dispatching systems will aim to achieve a 15-minute delivery time for destinations within a three km radius.

In fact, wireless robots are already used by some Chinese hotels and restaurants to deliver goods to customers. But deploying wireless robots in an industrial environment can be more complex. Xinhui Yang believes the 5G networks, the chipsets and the AI algorithms need more time to develop. He says most industrial 5G robot deployments are at the proof of concept (PoC) stage. “In China, we are just in the initial period with PoC projects, so there are not so many commercial cases,” explains Xinhui Yang. “But we can find in the future, in maybe two-three years, more commercial use cases will happen.”

The speed at which 5G brings about productivity improvements in factories could be governed in large part by network coverage. “For this question, the number one factor is the network, and different countries will have different speeds of building out the network,” notes Xinhui Yang.

“China already has two-to-three years of building out 5G networks and already has a good network situation. This is the basic condition for the 5G robot. But we also need some real requirements from the customer. In the Chinese market, we may find that uptake of the commercial robots is faster than with the domestic robots.”

As the cost of 5G equipment falls, Thundercomm is confident the technology will overtake 4G in industrial deployments. Xinhui Yang forecasts that could happen as early as 2025. “The price of the 5G module will be going down. There will be low cost equipment, and support for more scenarios and 5G can be used in more and more projects,” he adds. “Price is a key factor to replace 4G.” By using the existing public 5G networks run by China Mobile, China Unicom and China Telecom, rather than private 5G networks, manufacturers will also be to keep costs down, Xinhui Yang notes.

The GSMA is a global organisation unifying the mobile ecosystem to discover, develop and deliver innovation foundational to positive business environments and societal change. Our vision is to unlock the full power of connectivity so that people,
industry, and society thrive. Representing mobile operators and organisations across the mobile ecosystem and adjacent industries, the GSMA delivers for its members across three broad pillars: Connectivity for Good, Industry Services and Solutions, and Outreach. This activity includes advancing policy, tackling today’s biggest societal challenges, underpinning the technology and interoperability that make mobile work, and providing the world’s largest platform to convene the mobile ecosystem at the MWC and M360 series of events.

The GSMA 5G Transformation Hub is a source of information on some of the most innovative 5G solutions in the world. This portal contains case studies detailing design, benefits, key players, measured value and the future impact of scaling up these 5G solutions worldwide. The 5G Era is now firmly established and this family of standardised GSM technologies, including mmWave, are being rolled out successfully across the globe. The GSMA 5G Transformation Hub, launched at MWC Barcelona in 2022, provides details of how 5G is best placed to deliver real value for a range of key sectors including manufacturing, energy, transportation, media and live entertainment, smart cities and construction.. Many more case studies will be added, in the coming months, covering even more industries and the GSMA is asking Members to nominate innovative 5G case studies to add to this global digital showcase. The 5G Transformation Hub and this particular Case Study are both sponsored by Qualcomm.

About this case study

This case study is for information only and is provided as is. The GSM Association makes no representations and gives no warranties or undertakings (express or implied) with respect to the study and does not accept any responsibility for , and hereby disclaims any liability for the accuracy or completeness or timeliness of the information contained in this document. Any use of the study is at the users own risk and the user assumes liability for any third party claims associated with such use.