Mobile IoT Doubled in Range – Without the Need for Hardware Upgrades 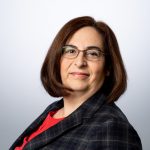 Mobile IoT has turned a corner: one that makes connection of even the remotest areas, such as those in rural Australia, all the more feasible.  Last month a partnership between Ericsson and Telstra successfully tested a deployment of NB-IoT fully 100km away from the nearest base station – the longest-range connection of its kind so far,  representing a leap of more than 100% above the previous normal range of around 40km. Perhaps most significantly, this was achieved wholly through upgrades to software: there was no requirement to overhaul infrastructure, and no need to replace or modify devices.  In Telstra’s case, that has equated to an extension of coverage to 3.5 million square kilometres without needing to replace a single sensor, install a single extra base station, or insert a single extra chip.

The implications of this sudden advance in capability are highly significant. The increase in coverage and penetration enables service to devices which might otherwise not have been economical to connect – smart metering in highly remote locations, for instance, will become far more viable in cases where no additional transmission hardware is necessary.  There are also profound implications for the future of smart agriculture: as the world’s population grows to a projected 10 billion by mid-century, the ability to connect huge tracts of land far from more built up areas – and help to increase crop yields and efficiency – will prove invaluable.

This is by no means however solely, or even primarily, a way to reach distant outposts. Such deployments serve as a useful illustration of what is now possible, but will always make up a small minority of the use cases – and, as such, cannot underpin the business case. Smart cities and industrial centres will make up the bulk of the commercial opportunities here – the key win comes from reducing the number of base stations needed to achieve the same level of coverage.  Smart industry can be made far more economical, boosting local economies and freeing up money for jobs and investment, and allow industrial workers to be relieved from the most dangerous duties with connected hardware. Ericsson anticipates of one such innovation in industry that “this solution alone, which only costs US$20 per screwdriver, will cut manual maintenance work in half.”

So how has this been possible?  Traditional LTE networks transmit data in two separate streams – one for user data, and one for managing the connection itself.  Mobile IoT allows everything to be transmitted in a single stream – allowing for simplified signalling and encoding, channel spacing, and the use of repetition in subcarriers. Streamlining the infrastructural requirements alongside these existing advances over traditional LTE means mobile network operators are now able to provide new technologies available with a single flick of the switch and open up new opportunities for service providers, municipal authorities, industry and individual citizens – at lower cost to all involved. We’ll keep you informed of where this sharp uptick in connectivity takes us over the next few months, and are looking forward to finding out.