Crunch time in Brazil ahead of 6 GHz consultation 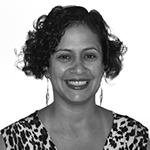 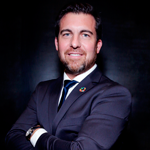 Wireless connectivity is a crucial part of Brazil’s infrastructure and the decisions we make about the 6 GHz band must be based on a deep understanding of the way our market works.

Access to 6 GHz spectrum is a high priority for Brazilian mobile operators and will play a crucial role as they seek to increase 5G capacity. The availability of sufficient mid-band spectrum such as 6 GHz will impact on the ability of 5G to close the digital divide: it can decrease network density and lower the cost of broadband.

As Anatel considers its consultation on 6 GHz, here are three big issues that should form the backbone of the public debate:

The days of Wi-Fi offload are fading in the most developed telecommunications markets. A trend the rollout of 5G is likely to accelerate. Not only does 5G offer speeds that can compete any wireless technology (when rolled out with sufficient spectrum), but it also offers superior privacy and security. Importantly, users can rely on their SIM card for authentication, instead of connecting to unknown and unsecured hotspots.

In Brazil we may still ask for the Wi-Fi password in restaurants but in 5G markets, and as 4G reaches maturity, this is becoming a thing of the past. This happens because mobile connectivity – LTE and certainly 5G NR – is faster, simpler and safer.

Also, as markets mature, data packages become more comprehensive while the increased spectral efficiency of 5G NR means a lower cost per MB. This both lowers the need for Wi-Fi in public spaces and sees increased use of cellular networks for Wi-Fi onload: providing a 4G or 5G FWA link to Wi-Fi routers in homes and businesses.

Lack of access to spectrum in Brazil will compromise the future of 5G services. We have some of the largest and most densely populated urban centres on the planet. A recent study[1] by the London-based consultancy firm Coleago found that Sāo Paulo would not just need 700 MHz of 6 GHz spectrum for 5G but, under certain scenarios, the city would need the entire band – 1.2 GHz of spectrum.

Latin Americans continue to adopt mobile communications. It holds one of the highest engagement rates in digital applications in the world. Mobile data usage is rising incredibly fast as 4G matures – doubling from 2018-2019 to 4.7 GB per subscriber per month across the continent.

Brazilians love connectivity, but we rely on wireless access for our broadband to a much greater extent than in countries with universal fibre infrastructure. Like all countries with rapidly developing telecommunications markets, we also need to keep costs down and wireless has a role to play in that too. In Brazil, 4G has reached critical mass, become the dominant technology and has powered a country of smartphone users. The GSMA expects 88% smartphone adoption in Brazil by 2025 and 98% of users on 4G or 5G by that time. As operators refine their commercial 5G offerings, critical industry benchmarks, such as the launch of the 5G iPhone, are occurring. We need to back up this growing demand with spectrum.

Protection of existing backhaul services is crucial throughout the entire 6 GHz range. There are over 20,000 links that need to be protected in this band. It is not just the mobile operators that rely on this spectrum for backhaul. Microwave links operate in this band all over Brazil. They provide fixed-link connectivity and one of their roles is to link rural areas to the rest of the country both for high-speed and basic telecommunications needs.

Unlike licensed 5G, Wi-Fi use would go unchecked in the band and put all this at risk: as an unlicensed service, anyone would be able to buy a router from a local shop and self-install it anywhere. As of now, there are no sharing studies, analysis or tests to show that Wi-Fi can co-exist with backhaul and the possibility of using the whole 6 GHz band for Wi-Fi in Brazil raises deep concerns among Brazilian operators. The spectrum that may be used as backhaul would face interference from the Wi-Fi service that it is supposed to connect.

For these three reasons, the GSMA supports a balanced development of 6 GHz in Brazil, allowing spectrum for both Wi-Fi and 5G. This would see the band 5925-6425 MHz discussed for unlicensed use, while 6425-7125 MHz would be used for licensed 5G. This is the safest option going forward and will ensure that both technologies are allowed to flourish, since it is not a decision that will be easily reversed. We hope that a balanced solution can be found for the band to allow benefits for all Brazilian consumers.

As this debate occurs in Brazil, the GSMA is looking forward to engaging further on these issues all over the world. We want to ensure that network capacity is there for the digital future of everyone.

To learn more about the global importance of 6 GHz for the future of 5G, read our first blog on this key band here.