Papua New Guinea – how can mobile technology be harnessed for digital transformation? 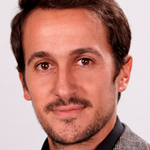 This blog was co-authored by Catherine Highet, Michael Nique, Amanda H A Watson and Amber Wilson.

Under the theme of ‘Harnessing Inclusive Opportunities, Embracing the Digital Future’, Papua New Guinea’s capital, Port Moresby, hosted the Asia Pacific Economic Cooperation (APEC) sessions in 2018, prioritising how Information and Communication Technologies (ICT) could promote inclusive and sustainable growth for all. In line with the 2018 APEC activities, and commissioned by DFAT InnovationXchange, GSMA Mobile for Development collected information on this theme through a series of meetings from September 2018 to February 2019 with local stakeholders from the public and private sectors. The result of this analysis and consultation is this report providing an overview of the current state of access to mobile services in Papua New Guinea (PNG). The report also explores how mobile technology can be harnessed across sectors to maximise its impact on national development. The report argues that mobile technology could be an enabler of a digital transformation, defined as changes to policies, programming or projects within national or organisational strategies, which lead to positive, sustainable results towards the 2030 development agenda. 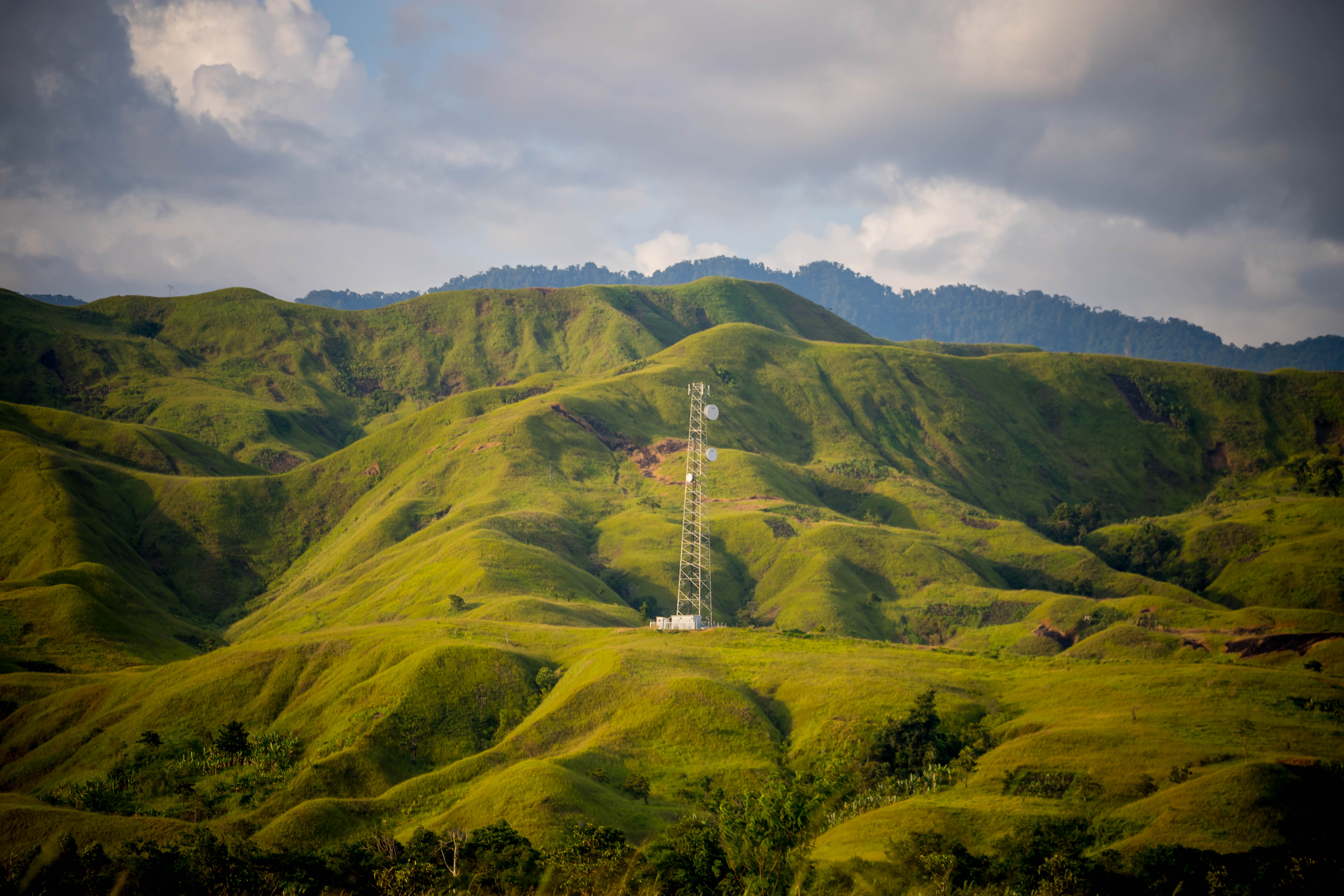 PNG has more than 7.6 million people, over 800 spoken languages, and one of the lowest population densities in the world, with people scattered between islands, coastal areas and mountainous highland terrains. There is real potential for mobile technology to be transformational in helping the country to achieve upper middle-income status by 2050, a key part of PNG’s strategic Vision 2050.

Underpinned by collaboration between the government, the mobile industry, the wider private sector, civil society organisations and development agencies, mobile technology can play a role to address major challenges the country faces:

Stakeholders need to act now to ensure that PNG’s digital future is inclusive and leaves no one behind. Four key areas of the report are outlined below: Digital inclusion, financial inclusion, innovation, and agriculture.

Supporting digital inclusion for all

Access to and use of mobile technology in PNG have been shaped by several events and daily realities, such as the arrival and investment of a large mobile group in 2007 (Digicel, which is currently the dominant player), a predominantly rural and off-grid population, and low average revenue per user (ARPU). In 2016, PNG began a process of compulsory SIM card registration, largely driven by a security agenda, requiring every SIM card holder to register in person with their mobile network operator. PNG’s infrastructure and literacy challenges have made it difficult to register SIM cards in rural communities where most central government services do not reach. In August 2018, deactivation commenced in urban areas, with further extensions for people in district towns (December 2018) and rural areas (April 2019).

With 67 per cent of the population within reach of mobile coverage, a large proportion of PNG’s population remains unconnected, mainly due to the complexity of extending mobile networks in remote and mountainous areas with low population density. Although mobile internet penetration continues to grow (reaching up to one million unique subscribers and with 4G representing 21 per cent of all connections), mobile broadband availability and network quality, affordability of devices and services, and limited digital literacy skills are key barriers to adoption and use. With less than 15 per cent of the population having access to electricity and 87 per cent living in rural PNG, more needs to be done to ensure the majority of the country’s population has access to reliable and affordable electricity, one of the chief enablers of a digital ecosystem. Prioritising efforts to target these barriers will be key to ensure the digital divide doesn’t grow and further exclude communities, including women. Previous research has shown that key barriers to mobile phone ownership and usage faced by women in PNG include affordability, accessibility (including limited access to identification documents, electricity and limited mobility to access network coverage), safety concerns, and usability and skills.

Mobile technology as a vehicle for financial inclusion

Although the percentage of PNG’s population with access to formal financial services has largely improved over the past years (37 per cent in 2018), financial exclusion remains the norm, especially for rural communities, women and among micro, small and medium enterprises (MSMEs). Under the Second National Financial Inclusion Strategic Plan (2016-2020), the government aims to reach two million more unbanked, low-income citizens, 50 per cent of whom will be women. To achieve this goal, digital finance has been prioritised for scaling up financial access and reaching remote parts of the country. With efforts from local banks and mobile operators, mobile money services could improve financial inclusion through widespread digital financial education and training, an extensive mobile money agent network to facilitate transactions and the digitisation of payment streams, including for wages, farming activities, and health payments. Launched in 2012, MiBank offers MiCash mobile financial services (leveraging Digicel’s network), and has a total number of 67,263 MiCash accounts, of which 55 per cent are active, across the urban (56 per cent) and rural (44 per cent) customer base (as of December 2018).

As PNG’s Minister for Commerce and Industry has stated, “technology and connectivity are extremely important in the MSME sectors”. As the capital, Port Moresby, eagerly awaits the new internet Coral Sea Cable System (to be connected by the end of 2019) and as the country becomes a cradle for digital experiments with frontier technologies such as blockchain, there is an opportunity to harness the entrepreneurial energy PNG has to offer to address local challenges. A new generation of talented entrepreneurs is emerging and further support needs to be provided to educate and train leaders, and create start-up success stories. Two potential examples are ReferTech and Pacific Ads Group. With support from the Australian government, ReferTech has developed a web-based patient management system and data analytics engine for use in an urban tuberculosis clinic in Port Moresby; the team hopes to have over 1,000 registered patients within 12 months of system installation. Pacific Ads Group is receiving funding from the GSMA Ecosystem Accelerator program to create two platforms, pnghometask and MyWanTok, to connect MSMEs to homeowners and other consumers who require their services. Frontier technologies such as big data, also offer potentially powerful ways to address development challenges. UN Pulse Lab is collaborating with Digicel to analyse anonymised call detail records across Digicel’s Pacific operations to ultimately inform public policy and humanitarian action.

The agricultural sector represents a large part of the PNG economy (between 25 to 40 per cent of GDP in the last 40 years) and digital tools would help modernise the sector and make it better equipped to face current and upcoming challenges. With a large proportion of stunting children in some regions and extreme weather events on the rise, addressing food security issues will increasingly be one of the biggest challenges for development. By enabling farmers to have access to better information on agricultural inputs, nutrition, crop prices, and weather data, and by facilitating access to finance through mobile money channels (as stated in the Second National Financial Inclusion Strategic Plan), some of these challenges could be addressed and productivity boosted. As an example, the Fresh Produce Development Agency (FPDA) has developed the FARMIS platform, a one-stop information portal with end-to-end solutions for farmers growing fresh produce in PNG. The active participation of mobile operators would help unlock the opportunity to digitise agricultural value chains in PNG, primarily to enable coverage and connectivity in rural areas, but also to support functioning and liquid mobile money networks. Under funding from Australia’s DFAT, the GSMA mAgri programme is currently working on a feasibility assessment of digital agriculture interventions in PNG. Research findings will be presented in a report due to be published by June 2019.