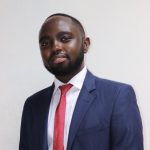 The number of people living in informal settlements is expected to reach three billion by 2030. At the same time, two billion people currently lack even a basic level of sanitation service. With urbanisation accelerating across low- and middle-income countries (LMICs), providing sanitation services for the urban poor is one of the biggest challenges facing cities.

The increase in urban population has outpaced growth in sanitation access. Without innovative alternatives to sewered sanitation, many nations will fail to meet the Sustainable Development Goal 6.2 on sanitation and hygiene. With only nine years left until 2030, the rate at which sanitation coverage is increasing will need to quadruple to achieve the SDG 6.2 targets.

This blog explores the role of digital solutions in ensuring that container-based sanitation models remain commercially viable and shares some successful examples of start-ups accelerating a circular economy by adopting key technologies.

The economics of container-based sanitation

Container-based sanitation (CBS) solutions, where human excreta are captured in sealed containers, are a viable alternative uniquely suited to serve densely populated areas without access to sewered sanitation. CBS involves transporting these containers to a treatment facility, where waste can be safely disposed of, or processed into products such as fertiliser, charcoal briquettes, animal feed or energy.

According to research by EY, CBS models can be less costly compared to other safe sanitation methods, such as septic tanks and sewers, when operated at scale. Large scale CBS services are modelled to cost 83 per cent less than sewered sanitation per household, and 38 per cent and 74 per cent less than pit latrines and septic tanks respectively. However, the smaller the scale of the CBS operation, the comparatively more expensive it is. CBS models, therefore, depend on scale to drive down per household costs.

Figure 1: Percentage difference in annual cost per household of CBS services vis-à-vis other forms of sanitation

CBS is a necessary intervention, especially in dense, low-income settlements as there are few safe sanitation alternatives in these hard-to-reach areas. Due to working in these challenging areas, and with a service focused on low-income customers, many CBS providers rely on external funding. CBS providers address the entire service chain from containment to safely managing and treating the waste. As such, they have a wider set of costs compared to sanitation providers specialised in one part of the value chain, or those that manage waste unsafely. Smarter subsidies, coupled with social impact investments, mean providers can reduce their costs, ensuring those who need sanitation services the most are reached. Additionally, CBS is a nascent model, processes are constantly being redesigned and iterated to make delivery more cost-efficient.

While many would assume that costs can be recovered from user charges or the sale of by-products, this is not the case. Increasing charges isn’t an option for many CBS providers, as low-income consumers are significantly affected by any change in costs. A study on Ghanaian CBS provider, Clean Team, revealed that willingness to pay for CBS plummets when its price is above $5 per month. Thus, improvements in providers’ revenues are unlikely to come from a rise in prices considering the expected fall in demand.

Many CBS models integrate the sale of by-products to diversify revenue streams. In many cases, the revenue models assume that the price of the reuse product would be equal to the product it is replacing, for example, chemical fertilisers or high-end fuel sources like diesel. However, these theoretical prices are rarely achieved in practice. An in-depth review of faecal sludge reuse in low-income countries revealed that reuse activities are realistically not valued above $5 per person, per year.

Significant improvements in CBS revenues will likely come from a combination of increase in economies of scale as well as a reduction in costs. As seen in Figure 1 above, scale is of extreme importance to the commercial sustainability of CBS providers. With such high profit margins, the role of digital tools, or any other methods that lower operating costs, is critical to achieving sustainable CBS models.

How digital solutions are key to CBS

The GSMA Digital Utilities team has observed the benefits of digital solutions to sanitation services over the past eight years. Technologies and business models that either lower the operating costs of providers, or offer more affordable payment plans to households, are most likely to make a substantial contribution to the development of safely managed services. Additionally, models that can effectively incorporate government subsidies, sanitation levies, cross-subsidy from other core utility services, or results-based funding may stand to benefit from the shift to more innovative finance mechanisms in the sector.

The expansion of mobile internet and rise of smartphone ownership in LMICs, particularly in urban areas, is a key enabling factor for innovations. Providers can roll out apps and collect users’ data, helping them to optimise some of their operations. This, paired with a drop in cloud computing costs and declining costs of sensors, have been critical developments in the utilities sector. The increasing ubiquity of devices and connectivity means in many contexts that these can be built-in as a core element of business models. For example, a recently study in Nepal evaluating the viability of CBS found 90 per cent of those surveyed in low-income settlements, reported owning a mobile phone.

How technology can enhance efficiency across different CBS processes

According to an analysis of Clean Team, the social enterprise needs a gross margin of at least 50 per cent to sustain their services. For Clean Team, reducing the number of collections from three times to once a week would increase its margin by 34 per cent.

For SOIL, acommunity-based non-profit organisation that provides sanitation solutions in Haiti, cost breakdowns show that transport and collection account for over 58 per cent of SOIL’stotal costs (see Figure 2). In 2020, SOIL partnered with TaroWorks to develop a mobile application to optimise waste collection during the pandemic. They also developed new software with DataKind to optimise collection route efficiency to allow for service expansion. The application resulted in a five per cent decrease in overall mileage covered during collection.

Source: Process cost analysis for the optimisation of a container-based sanitation service in Haiti

Beyond logistics, mobile technology can also facilitate and improve revenue collection. Many CBS providers already use mobile payments to reduce the costs associated with fee collection. In fact, some are offering discounts and launching campaigns to drive its adoption. In Kenya, Sanergy has been using M-Pesa as a mobile payment platform, given its widespread use in the country. Clean Team also achieved an increase in gross margin by deploying a mobile payment platform which eliminated the need to go door-to-door collecting and chasing cash payments. Mobile money could unlock access to toilet hardware on a subscription or pay-as-you-go (PAYG) model to suit the needs of low-income populations. This can help sanitation companies set up payment instalments that are flexible, which is especially important for seasonal or informal workers.

In countries where mobile payments are less widespread, such as Haiti, this can be more difficult to achieve and requires specific communication campaigns. As of May 2018, SOIL had put in place several strategies to increase mobile payment uptake with successful results. Following a promotional campaign, mobile payment rates reached 30 per cent in Cap-Haitien and 65 per cent in Port-au-Prince.

While having an IT platform is an added expense, the opportunity cost of not investing in digital solutions comes at a higher price. Depending on factors such as hosting platforms and backend development, IT costs charged directly to customers can fall between three per cent and 66 per cent of the monthly price i.e. anywhere between from $0.06 to $3 per toilet. These costs can be decreased if CBS providers use a common platform and split the cost amongst themselves. The Container-Based Sanitation Alliance (CBSA), which unites CBS providers from Ghana (Clean Team), Kenya (Sanivation and Sanergy), Haiti (SOIL), Madagascar (Loowatt), and Peru (X-Runner) received a grant from the GSMA Digital Utilities Innovation Fund in May 2018, to develop a mobile app and web-based platform to support CBS operators offer efficient delivery of household sanitation services. The mobile application, called VeriSan, was designed to help CBS providers track waste collection processes, collect payments with mobile money and communicate better with its customers.  Beyond being able to share hosting and development costs, the platform also incentivises CBS providers to learn from each other and collaborate to benefit from economies of scale.

There is an immense opportunity to develop new, and innovative ways of improving sanitation services across LMICs. Increasingly, there are potential synergies between sanitation and other core services such as energy, where digital tools can play a key role in connecting fragmented value chains. While more evidence about the CBS model across different contexts and scales is still required, CBS is playing a great role in helping us move towards a circular economy by providing access to sanitation to those who need it most. For us in the GSMA Digital Utilities team, we are committed to promoting the digitalisation of urban services, accelerating the transformation to a more sustainable circular economy.