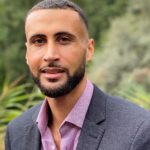 On 2 and 3 July, the GSMA Mobile for Development (M4D) Utilities team was pleased to join several pay-as-you-go (PAYG) service providers, donors, mobile operators, and investors in Kinshasa for a conference entitled, ‘The Renewable Energy Investment Opportunity in the DRC: Accessing the $1 Billion Market’, which sought to highlight the Democratic Republic of Congo (DRC)’s immense off-grid energy potential. The conference was organised by the DRC’s recently established renewable energy association (ACERD) and ÉLAN RDC, a private sector development programme supported by the UK Department for International Development (DFID). In this blog, we will share our main takeaways, and highlight why urban energy access and reliability should not be overlooked by energy access practitioners in the DRC and beyond.

Off-grid energy in the DRC – bound for take-off

Due to political and security challenges, the DRC has often been overlooked as a market for off-grid solar products, but increasingly, international and local pay-as-you-go solar providers are aiming to seize the country’s tremendous market potential. A large majority of the DRC’s population of 86 million (expected to reach 120 million by 2030 according to UN DESA) lacks access to energy. While rural energy access rates are expectedly low at less than 1 per cent given the country’s vast size and infrastructural challenges, what unfortunately makes the market truly unique is an urban energy access rate of 19 per cent ((Chad (13 per cent), Liberia (16 per cent), Madagascar (22 per cent), and Uganda (23 per cent) are other countries in Sub-Saharan Africa with particularly low urban energy access rates (Source: Power Africa (2019)), which puts it below many Sub-Saharan African countries’ rural energy access rates.

Even those privileged few with access to the grid have to look for alternatives. The DRC’s state-owned utility company Société Nationale d’Électricité (SNEL) is highly reliant on colonial-era hydroelectric power plants. According to a survey conducted in eastern Congo’s North Kivu province, SNEL only works for an unpredictable 6.7 hours per day, while 67 per cent of businesses surveyed said they didn’t trust their SNEL bill.

For off-grid energy providers, urban economic hubs with chronic power shortages are an attractive entry point. It allows solar companies to reach the economic sustainability of the pay-as-you-go business model much faster than usual. Urban households and small businesses have relatively higher levels of demand and ability to pay. A recent pay-as-you-go pilot by BBOXX, DFID, Shell Foundation, USAID, and Power Africa in North Kivu’s capital, Goma, revealed that average revenues per user (ARPU) from BBOXX customers in Goma were “~4x greater than the average off-grid solar customer in East Africa” (read more here). This is mostly due to a more sophisticated product mix than in rural contexts (urban customers often prefer to purchase their solar panels along with high-value add-on products, particularly TVs), and the ability to tailor products to different income segments.

A key enabler for pay-as-you go entrants is a vibrant mobile money ecosystem. As emphasised in our panel during the conference, on ‘Consumer finance for renewable energy’, pay-as-you-go enabled by mobile money is not only critical for companies to scale up, but is also an important avenue for financial inclusion. Indeed, mobile money allows previously unbanked customers to save, build a credit history, and gain access to financial services and add-on products such as smartphones, solar water pumps, or refrigerators. Though there is still more progress to be made in terms of driving mobile penetration and mobile money usage in the country, we were encouraged that several local and international solar and clean cooking companies represented at the conference (among them Altech, Greenlight Planet, dlight, Kit4Africa, NovoMoto and Burn) are already piloting pay-as-you-go solutions in the country, or are exploring possible partnerships with mobile operators. Meanwhile, Akim Musimwa Cizige, the director of Orange Energie in the DRC, underlined Orange’s ambition to continue to roll out its own PAYG solar business in the country. With increased interest from investors such as SunFunder and support from enabling institutions such as UNCDF, the off-grid solar sector in the DRC is likely to build on its recent growth path (see graph below).

According to GOGLA, off-grid solar lighting sales have started to pick up in H2 2018

As Denis Banlier, ACERD’s President, rightly emphasised, the DRC cannot afford to solely focus on the completion of large power projects, which are complex to deliver, but also has to embrace quick-wins at the intersection of digital technology and renewable energy. Though the Inga 3 hydroelectric dam project has an expected generation potential of 10-12GW, making it one the largest hydro projects in the world, it has been on the drawing board for 30 years, and still faces significant hurdles and implementation challenges.

It is therefore critical for the country to diversify its energy mix. For instance, mini-grids are increasingly regarded as a viable option for certain off-grid communities. The African Development Bank Board recently approved the allocation of $20 million in loans to the DRC, to support renewable-based, mini-grid solutions to the off-grid cities of Isiro, Bumba and Genema. As the DRC Mini Grid Market Opportunity Assessment by the AFDB and SE4ALL stresses, there is tremendous potential for mini-grid deployments in the country, and mobile technology can be a key enabler for further expansion of the sector (read our blog).

Anthony Nkinzo Kamole, the Managing Director of theNational Agency for Investment Promotion, emphasised that despite its highly publicised challenges, the country is open for business. He also encouraged private sector stakeholders such off-grid solar providers to not limit themselves to Kinshasa or the federal government as entry points into the Congolese market, but to also engage provincial governments that are motivated to close their energy access gaps. 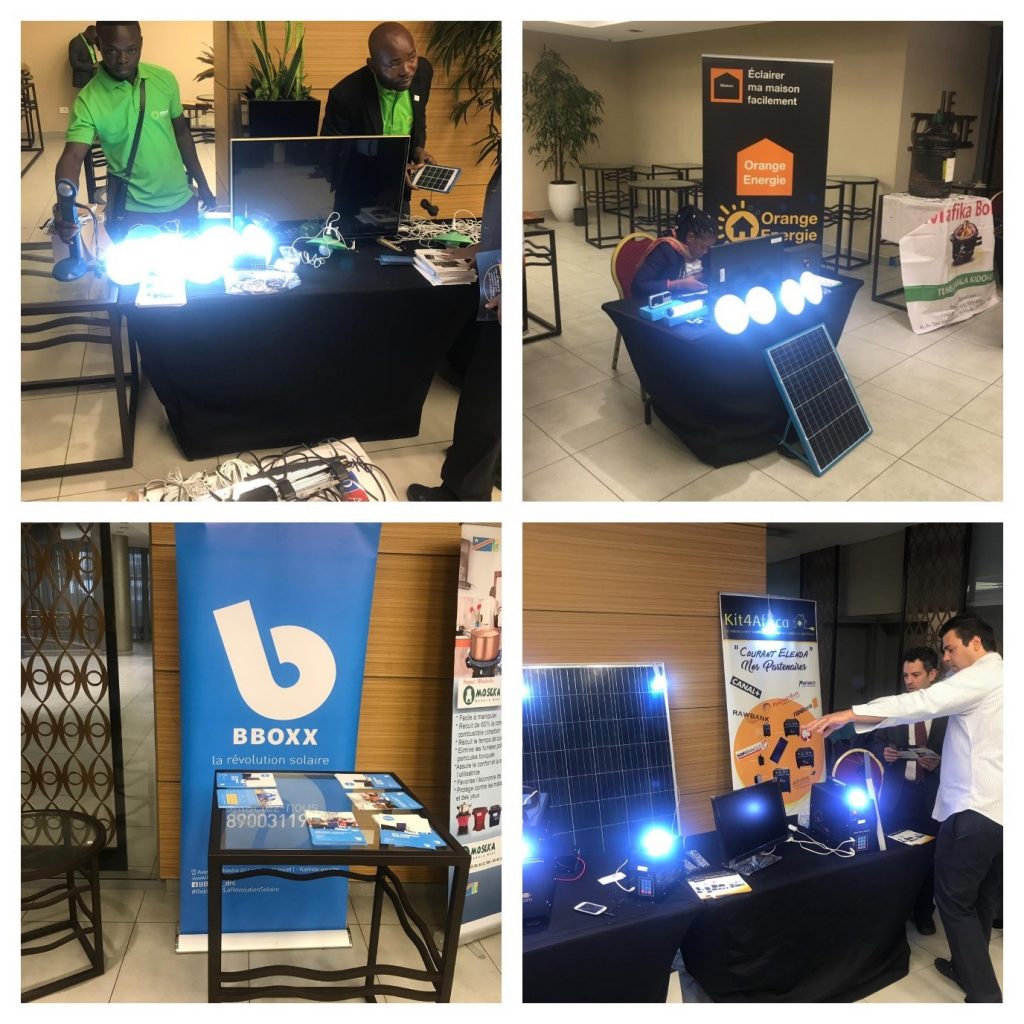 As highlighted by the case of the DRC, the realities of rapid urbanisation across many cities in the global south require us to reconsider the consensus on energy access policy priorities. For many donors, and policymakers, driving energy access is primarily associated with a focus on rural areas. Generally speaking, this makes sense since urban energy access levels in least developed countries (at 79 per cent) significantly exceed rural energy access levels (at 37.8 per cent) according to the World Bank. Yet, this perspective overlooks an important, but growing challenge that will only be amplified by rapid urbanisation and climate change: – lacking, overly expensive, or inconsistent energy access for the urban poor.

According to Rebekah Shirley, Research Director at Power for All, at least 110 million of the 600 million people still living without access to electricity in Africa live in urban areas. In addition, estimates for the proportion of ‘under-the-grid’ populations range from 61-78 per cent (many of the urban poor live near existing power lines, or even directly under the transmission lines, but still do not have access to the national grid). Even when grid connections are in place, they do not necessarily guarantee consistent energy access. Nigeria has annual outages of up to 4,600 hours (equivalent to 191 full days), while Niger faces up to 1,400 outage hours annually (reminde that there are ‘only’ 8,760 hours in a year). Blackouts significantly dampen economic growth and private sector development, as businesses have to constantly adapt and invest in costly alternative energy sources such as diesel generators. This also affects markets in emerging Asia. The World Bank estimates that the cost of power outages and distortions in Bangladesh, India, and Pakistan is equivalent to 4 – 7 per cent of GDP a year.

In Nigeria, the country with the largest urban off-grid market globally, the situation has given rise to an unprecedented proliferation of small diesel generators. According to a recently released study by the Access to Energy Institute and Dalberg, at least 22 million small gasoline generators are being used to power households and small businesses on a daily basis. Supported by government gasoline subsidies to the tune of $1.6 – $2.2 billion per year, their capacity is eight times larger than the grid’s peak capacity.

Pay-as-you-go solar providers such as Zola or Lumos have been targeting this challenge and see urban off-grid customers as key to their firms’ growth. Over 60 per cent of Lumos’ – an M4D Utilities grant recipient – customer base in Nigeria can be classified as ‘urban or peri-urban’. Meanwhile, pay-as-you-go providers such as Zola have developed a product, which can power productive-use appliances such as fridges or water pumps, while also being able to connect to the local grid or back-up generator to ensure reliable power in the case of cloudy weather or a failure of the electricity grid. It therefore has the potential to make a major contribution towards energy efficiency by choosing the cheapest, most reliable energy source at any given time. 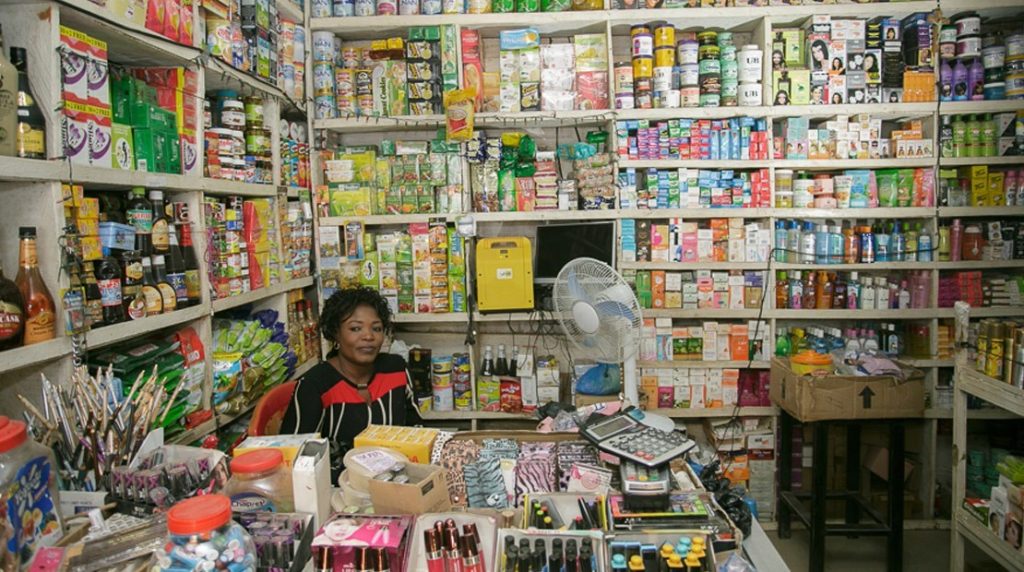 It is insufficient to merely equate urban with grid, and rural with off-grid solutions. As underlined by the Utilities 2.0 initiative, the combined challenges of rapid urbanisation, climate change, and pervasive inequality will require energy stakeholders to “combine centralised and decentralised technology into an integrated, intelligent, and interactive energy network that can deliver customer-centric, clean energy solutions.”

We would like to end this blog by thanking ÉLAN RDC and ACERD for inviting us to take part in the conference, and look forward to support the continued growth of off-grid energy sector in the DRC.