Typhoon Rai Response: The role of the mobile industry 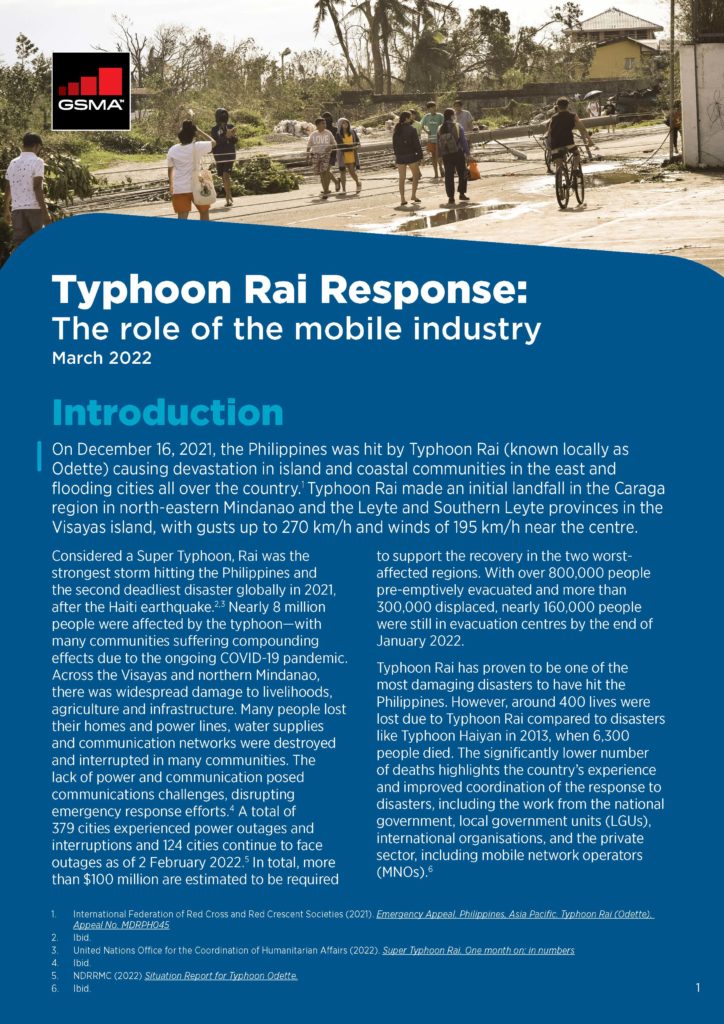 On December 16, 2021, the Philippines was hit by Typhoon Rai (known locally as Odette) causing devastation in island and coastal communities in the east and flooding cities all over the country. Nearly 8 million people were affected by the typhoon – with many communities suffering compounding effects due to the ongoing COVID-19 pandemic.

Around 400 lives were lost due to Typhoon Rai compared to disasters like Typhoon Haiyan in 2013, when 6,300 people died. The significantly lower number of deaths highlights the country’s experience and improved coordination of the response to disasters, including the work from the national government, local government units, international organisations, and the private sector, including mobile network operators (MNOs).

As public utilities, MNOs, are required to support disaster preparedness and response activities in the Philippines. Both Globe and Smart have been active in the response to the typhoon, supporting the government, first responders and the residents in the Philippines. Download the case study to learn more.