Lessons from spectrum auctions – the good, the bad and the ugly 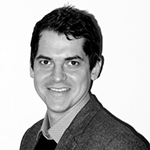 5G auctions are picking up pace and garnering headlines, but at the same time vital spectrum for 3G and 4G services is also being auctioned in many markets. Getting auctions right is challenging. So, the GSMA has launched a paper outlining spectrum auction best practice for governments and regulators who value fast mobile broadband speeds, broad coverage and a reasonable cost of services.

A perennial interest for the media, and national treasuries, is how much money a spectrum auction will raise. Attention skyrockets when in-demand mobile spectrum sells for much more than expected. The truth is that the most successful auctions aren’t necessarily the ones that bring in the most revenue, and in fact, GSMA research shows just the opposite.

Spectrum auctions first appeared at the same time as many telecom markets began to privatise in the 1980s and 1990s. Before privatisation, spectrum assignment was easy. Spectrum was given to the state-owned incumbent operator.

But when competition is introduced, governments and regulators must decide how to assign the spectrum – who should get licenses, and how much spectrum should they each get? Several approaches were tried – from administrative awards (so-called ‘beauty contests’) where applicants submit proposals outlining their ambitious plans for using the spectrum (which may or may not turn out to be true) to lotteries.

Auctions have become one of the most used spectrum assignment mechanisms for many reasons. An auction is an objective way decide among competing applicants for a spectrum license. The company willing to pay the most tends is the auction winner and gets the license.

The idea is that the company that is willing to pay the most has an incentive to put the spectrum to its best use. Auction awards have also proven to be less prone to legal challenge by non-winners and generally to be faster than administrative reviews. Of course, the fact that governments can raise significant revenues was an added bonus.

Revenues came into sharp focus in 2000 when the UK 3G auction raised £22bn. Shortly afterwards the German 3G auction raised even more, making it the most expensive auction held to sell anything in history. These headline grabbing sales had some governments looking to replicate what appeared to be a success – though these auctions were ultimately seen to be failures by many.

But with growing budget gaps, some governments did – and still do! – look to maximise revenues to help balance national budgets. This doesn’t always work. Even recently, several spectrum auctions have failed because governments set starting prices (aka. reserve prices) so high that operators couldn’t even afford to participate (e.g. Bangladesh in 2018, Ghana in 2015 & 2018, India in 2016, etc).

Reserve prices are not the only means of pushing revenues higher. Governments can also inflate prices by limiting how much spectrum is made available. Fewer (or smaller) licenses means operators are forced to bid aggressively for this essential fuel for mobile networks. While it might push operators to pay a lot for spectrum, which has its own bad consequences for mobile services, limiting the amount of spectrum on offer also means operators have access to less of the airwaves to provide very fast data speeds.

Last year, Italy designed its auction of 5G spectrum in the 3.5 GHz band in a way that meant only two of the national operators could secure the wider channels that 5G most benefits from. Not surprisingly, the prices paid were astonishingly high, and consumers will suffer.

Needless to say, it is clear that auctions need to be carefully planned – and in fact, in some cases administrative assignment methods may be better options. Last year, the Finnish regulator and the national mobile operators managed to agree a mutually beneficial split of 5G spectrum (also in the 3.5 GHz band) for a fair price thus removing the need for an auction. Such agreements will not always be possible but are an option when consensus can be reached.

A growing number of countries are also realising the most successful auctions aren’t the ones that bring in the most money. “The objective of awarding the frequencies was not to maximise auction revenue, but to allocate the frequencies efficiently to ensure excellent mobile communications services for Switzerland,” the country’s regulators recently said after awarding spectrum in bands including 3.5 GHz.

The GSMA’s new paper provides background on why auctions are used, explains some different types and describes the wider process of running an auction. It also includes the GSMA’s positions on recommended best practice, these are:

The full paper which outlines the positions in more detail is available here in English, French and Spanish