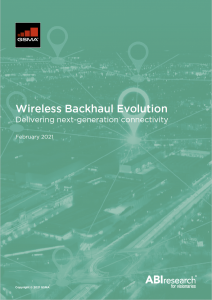 High wireless backhaul spectrum prices are a real barrier to 4G and 5G evolution, and this includes improved coverage. For countries that want to encourage the roll out of mobile broadband, reform of backhaul should be a priority.

The GSMA’s latest report ‘Wireless Backhaul Evolution’ and the ‘Spectrum for Wireless Backhaul’ paper outlines the evolution of this important area. Importantly, wireless backhaul for 5G era and the role played by new backhaul and existing bands, as well as technologies that improve spectrum efficiency. 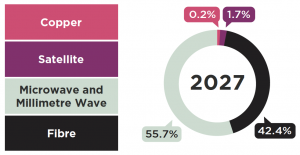 The report finds that higher capacity backhaul bands (both mmWave and microwave) will be vital in meeting 5G traffic demands. Without access to new spectrum there is an imminent risk that network become congested. Also, terrestrial wireless backhaul is the most technology now and in the future.

Also, high backhaul spectrum costs can present a significant burden to mobile operators, and even deter technology upgrades. The report highlights large variances in different parts of the world. For example, the highest spectrum prices in some markets were found to be 22X higher than the global median and 59X higher than the lowest priced markets.

The position paper spectrum for wireless backhaul, on the other hand, highlights how governments and regulators can help set the stage for best-in-class mobile networks. Its recommendations include: 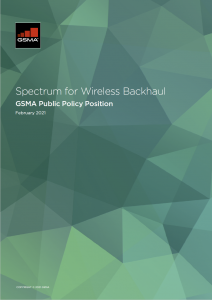 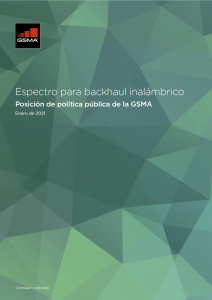 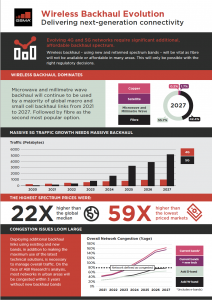