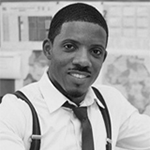 5G in Africa took a great leap forward in March 2022. This was driven by a multi-band auction of mobile spectrum concluded by South Africa’s regulator ICASA that eases spectrum capacity concerns of the mobile community. This was a significant spectrum release in low and mid-bands and gives mobile operators the resources they need to invest in their networks and push forward their vision of a competitive, digitised economy in South Africa. One mobile operator has already released targets of 25% 5G population coverage by the end of the year.

With South Africa actively engaged in discussions over the use of the 6 GHz band for mobile, the medium-term vision for 5G is also being clarified as the government looks to enable affordable connectivity through mobile for all South Africans.

The auction was designed to facilitate access to new spectrum for the players with the smallest retail market share and those who operate in limited parts of South Africa. It thus included an initial phase for Rain, Telkom, Cell-C and Liquid Telecom who ICASA had designated as either ‘Tier-2’ operators or Sub-National RAN operators in the lead up to the auction. This phase was designed to ensure that, after the retail-market-share leading Tier-1 operators MTN and Vodacom entered at the second phase, each operator held a ‘minimum spectrum portfolio’ of 2 x 10 MHz of low-band and at least 60 MHz above in mid-bands.

After the initial phase with the Tier-2 and Sub-National RAN operators, a multiple round ascending bid phase was held with all six players. MTN and Vodacom spent bigger (over R5bn each) and acquired the most spectrum but, when combined with existing spectrum holdings, all players now have significant assets in low and mid-bands.

“It always seems impossible until it is done”

The build-up to this spectrum auction has been long: it is the significant assignment for some of the players since 2005. While some legacy fixed spectrum holdings, including in the 2.3 GHz band, have been reworked and proved fertile new mobile spectrum, refarming 2G and 3G spectrum has driven the vast majority of 4G connectivity and meant that network densification has reached extremes in urban areas to meet demand.

The assignment process, and ultimately the auction, has changed forms many times since its inception. 2.6 GHz was initially planned for WiMAX and plans for government-held assets to use it were proposed but then abandoned. Legacy CDMA 850 also needed re-working to clear 800 MHz.

One of the most significant issues, however, has been the DSO and delays in switching off analogue television have slowed this process up to the present. The DSO has been delayed many times over the past decade, but it was hoped that this would be finalised by March 31st 2022. However, a new deadline for analogue switch-off has now been set for the end of June 2022 – a date which coincides with the expiry of the provisional spectrum licences issued to operators under the ICT COVID-19 National State of Disaster Regulations. With this new deadline and the cessation of court actions related to it, a final tranche of 800 MHz spectrum can now be put on the market after the June DSO. For this process, auction results will be considered along with any ‘imbalances in the sub-1 GHz bands’.

The auction is the end of a long road for regulator ICASA that has seen 13 communications ministers come and go through multiple attempts to successfully award high-demand spectrum. No doubt this is the reason for the recent use of the famous Mandela quote at the bottom of ICASA press releases: “It always seems impossible until it is done.”

End of the WOAN?

Outside the auction, the South African government has also reversed its decision to support a wholesale open access network (WOAN).

The South African cabinet has approved an amendment to the policy on high-demand spectrum and the policy direction on the licensing of a WOAN. The proposed amendment will remove the requirements to license the WOAN in totality if finalised. As this law-making process develops, ICASA is still withholding the spectrum assets reserved for the WOAN from the market.

Such government-backed monopolies have been discussed in various markets over the last ten years but enthusiasm for this SWN model is fading as real-world examples have not proved successful.