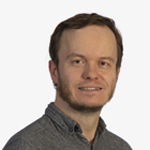 Since the beginning of the COVID-19 pandemic, the need to stay connected has never been more important. With protection measures introduced across the world, the internet has taken more space in our lives – helping us to stay active professionally, access information and to keep in touch with family and friends. In emerging markets, a mobile phone remains the primary – and very often, the only technology available for accessing the internet.

The GSMA’s State of the Mobile Internet Connectivity 2020 report highlights that in Sub-Saharan Africa mobile broadband coverage has seen improvements in recent years and affordable handsets have become more widely available. However, one in four people are still not covered by any mobile broadband signal, and half of those who are covered do not use the internet. In this blog, we explore the key trends and discuss how the barriers to internet adoption can be addressed.

The findings in this blog are based on the 2020 Mobile Connectivity Index, the GSMA Consumers in Focus[1] survey and insights from guest speakers invited to the “Accelerating Digital Inclusion” panel that took place during the GSMA Thrive Africa event.

Continued infrastructure investment and innovations in technology that support the deployment of broadband have significantly contributed to narrowing the coverage gap[2] in Sub-Saharan Africa, and there were two important breakthroughs in the region: 1) 2019 marked the first year with more mobile broadband (3G and 4G) connections than 2G; and 2) the coverage gap halved from 50% in 2014 to 25% in 2019.

While this is remarkable progress, the coverage gap in Sub-Saharan Africa remains the highest globally – the region is home to 67% of the world’s population that are not covered by mobile broadband. A key concern for reducing the gap is that the deployment of new sites in sparsely populated rural and remote areas is a significant economic challenge, as it can cost up to twice as much to deploy new base stations in rural areas than in urban ones, and can be three times more expensive to run. In this context, innovative technologies (RAN, backhaul, energy)[3], new business models and supportive policy frameworks[4] will play a key role in improving the commercial feasibility of rolling out mobile internet broadband networks.

Carefully planned Public-Private Partnerships (PPP) can be important instruments to support the expansion of coverage to previously underserved areas, along with investment-friendly policies (e.g. waiving import duties), as highlighted by Mr. Kofi Asante (GIFEC[5]) in our recent panel ‘Accelerating Digital Inclusion’. While PPPs should be explored in areas that lack sufficient potential for private investment in connectivity, Mr. George Lokossou (Orange DRC) flagged the importance of clarifying the roles of different ecosystem players, especially the role of governments.[6]

Addressing coverage is just half the battle. The far more challenging part lies ahead: reaching those potential users who don’t currently connect to mobile internet, despite living within the footprint of a mobile broadband network (what we call the usage gap) and ensuring mobile internet devices and services are affordable for all.

Despite remarkable improvements in mobile broadband coverage worldwide, mobile internet usage remains far from universal. 3.4 billion people who can access coverage (44% of the global population) still do not use mobile internet.

The situation is more challenging in the context of Sub-Saharan Africa. Across the region the usage gap has increased from 36% in 2014 to 49% in 2019, as mobile usage does not grow as fast in the newly covered areas as network deployment.

This is especially noticeable at sub-regional level (see Figure 1). Take Eastern Africa for example – the share of those not covered (20%) was lowest out of all regions in 2019 but showed the most significant usage gap at 60%, up from 42% in 2014.

The usage gap disproportionately affects the underserved, i.e. the rural population, women and those with low incomes. A large gender gap and rural-urban gap in mobile internet use persist in Sub-Saharan Africa, standing at 37% and 60% respectively. This is much higher than the low- and middle-income countries (LMICs) average – and both the gender and rural-urban gaps do not yet show any signs of narrowing.[8]

Why don’t people use mobile internet? A lack of awareness of mobile internet is a key barrier for further adoption – and in the LMICs surveyed in our Consumers in Focus Survey last year, almost 25% of adults were not aware of it. However, for those already aware of mobile internet, the biggest barrier to adoption is a lack of literacy and digital skills, followed by affordability and perceived relevance.

Fostering literacy and digital skills will be essential for building the foundations of digital societies, and this will require a substantial groundwork of educational initiatives and a strong collaboration and collective effort between ecosystem players, including mobile operators, device manufacturers and policymakers.

Affordability is a critical barrier to mobile access, but progress has been made with the availability of more affordable internet-enabled handsets. In Sub-Saharan Africa, the average cost of a device decreased from 57% of monthly income in 2015 to 30% in 2019. Similar to South Asia, one of the key drivers for this trend is the emergence of ‘smart feature phones’ for prices as low as $20 – notably the new generation of KaiOS phones.[9] While these devices do not share the full capabilities of a smartphone, they typically allow for the installation of popular apps and connection to 4G networks, which provides a much faster and better browsing experience than traditional feature phones.

The perceived relevance of mobile internet as a barrier has reduced slightly in Sub-Saharan Africa, as mobile users increasingly see mobile internet as important to their livesand are using a wider range of services, with more locally relevant content developed to meet their needs. However, a high degree of linguistic diversity in Africa makes it challenging for content providers to develop sufficient scale for their services. Irshaad Gouse (MTN Group) addressed the importance of keeping in mind the varying relevance of content for diverse demographic groups when designing digital skills training programmes: “The key is not to educate people about content and how to use it, but rather teaching them about how to look for the content relevant to their needs.”[10]

All of these challenges need to be addressed hand-in-hand. As an example, MTN implemented its CHASE strategy in 2018 to address several barriers for mobile internet use. As well as highlighting the importance of coverage, the framework focuses on improving the affordability of handsets and data; offering services relevant to customers; enhancing digital literacy; and increasing the awareness of digital services.[11]

Significant advances are being made across multiple countries in Sub-Saharan Africa, and it’s helpful to conclude by identifying these successes.

The GSMA Connected Society programme monitors closely the mobile connectivity barriers with the Mobile Connectivity Index, which measures the performance of 170 countries against four key enablers of mobile internet adoption. These are infrastructure, affordability, consumer readiness, and content and services.

In 2019, Mali, Nigeria, Togo, Burkina Faso and Eswatini saw the highest increases in their Mobile Connectivity Index scores compared to 2018, while Kenya, Cote d’Ivoire, Tanzania, Sierra Leone and Zambia made the most significant progress in their scores since 2014. Progress has been mostly driven by improvements in the affordability of handsets and extended 3G and 4G coverage, with related improvement in network performance. Enhancements in cybersecurity (more secure servers) and the availability of more locally relevant apps also played an important role in the growth of these markets.[12] The key changes behind the four MCI enablers for Sub-Saharan Africa are highlighted below.

[1] The Consumers in Focus Survey has been carried out by GSMA Intelligence every year since 2017, and in 2019 included 15 low- and middle-income countries. For more information, see Consumer Insights Survey: Mapping Mobile Internet Use, GSMA Intelligence, 2020.

[2] The coverage gap is defined as the percentage of the population that do not live within the footprint of a mobile broadband network.