Rural women have so much to gain from mobile, but are being left behind 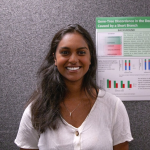 This blog is a deep dive into mobile access and use among rural women. It draws on data from the GSMA’s Consumer Survey 2021, a nationally representative survey conducted in ten low- and middle-income countries. Note that ‘rural’ is defined in accordance with census data and local national statistics offices and may vary between countries.

Rural women are the most digitally excluded

In all ten countries covered in GSMA’s Consumer Survey 2021 rural women are less likely than rural men to own a mobile (Figure 1). Rural women also have lower levels of mobile ownership than urban men and women. Mobile gender gaps in rural areas tend to be wider than those in urban areas, highlighting that rural woman are being left behind.

Figure 2: Urban and rural mobile internet use, by country

For rural women who do own a mobile, the benefits are clear

We asked mobile owners the degree to which mobile helps them in various aspects of their life and, despite the relatively low levels of mobile ownership and mobile internet use in rural areas, many rural female mobile owners reported that they see these benefits. Across all ten survey countries:

Even in countries where overall mobile penetration is lower, the segment of rural women who are mobile owners tend to report benefits of mobile to a similar degree as urban female owners. Furthermore, once rural women own a mobile, they are using their phones for similar use cases as other mobile owners e.g. primarily for network calls, instant messaging, social networking and watching free videos.

Why are rural women lagging so far behind?

Once rural women are aware of mobile internet, the barriers they face to adopting mobile internet are similar to those experienced by rural men, and also urban men and women: handset affordability and a lack of basic literacy and digital skills. But rural women tend to feel these barriers more acutely due to structural inequalities and social norms. Social norms preventing women’s access and use of mobile tend to be stronger and more pervasive in rural settings making it difficult for rural women to even access mobile handsets or to find support to use them. For example, rural women usually spend more time than men doing paid and unpaid household work, limiting their mobility, and gatekeepers’ may restrict who women can interact with e.g. mobile agents. As such, the compound effect of being rural and a woman means that social norms will likely play an even larger role in preventing their uptake of mobile phones and the internet.

Tackling the barriers rural women face to accessing and using mobile phones will require significant and targeted action as they are currently being left the furthest behind. But addressing this mobile gender gap is likely to produce the greatest benefits, given they make up the majority of the unconnected in low- and middle-income countries, resulting in substantial social and commercial gains for rural women and their families, communities, and economies more broadly.

Rural gender-disaggregated data from the GSMA’s Consumer Survey 2021 will also be featured in the forthcoming ‘The Status of Rural Women in Agri-food Systems: 10 Years after the SOFA 2010-11. What has changed?’ report by FAO.

The Connected Women programme is funded by the UK Foreign, Commonwealth & Development Office (FCDO) and the Swedish International Development Cooperation Agency (SIDA), and is supported by the GSMA and its members.