Too many are still offline: Global figures mask regional and demographic disparities 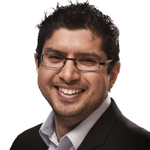 Earlier this year, the ITU, UN Tech Envoy and other partners through a multistakeholder process set out a course to achieve meaningful connectivity for all by 2030, as part of the Decade of Action to deliver the Sustainable Development Goals. This emphasises the importance of not only bringing everyone online, but also ensuring people are able to use the internet to meet their needs in a way that is safe, satisfying, productive and affordable.

With 95% of the world’s population covered by a mobile broadband network, addressing the usage gap – the proportion of the global population covered by a mobile broadband network but not using the internet – is the main challenge ahead of us. The GSMA will be publishing its annual State of Mobile Internet Connectivity report at MWC Africa in October, which shows the latest trends on mobile internet coverage and usage worldwide, along with the key barriers to mobile internet adoption in low-and middle-income countries (LMICs). The report draws on the GSMA Consumer Survey[1] and the recently updated GSMA Mobile Connectivity Index, which measures the performance of 170 countries against the key enablers of mobile internet adoption.

The usage gap has narrowed but it remains high

Our latest data show that by the end of 2021, 4.3 billion people were using mobile internet, equivalent to 55% of the world’s population. Almost 300 million people came online last year. As a result, for the second year in a row, there was a reduction in the usage gap. Since 2019, the usage gap has fallen from 45% to 40% in 2021.

Base: Total population, 198 countries (totals may not add up due to rounding)

Mobile broadband network deployments have been slowing since 2018

Meanwhile, the coverage gap has been falling more slowly and currently stands at 5%, meaning there are now 400 million people that do not live in an area covered by a mobile broadband network. The slowing progress in closing the coverage gap over the last three years highlights how the remaining uncovered populations – almost entirely rural, poor and sparsely populated – are the most challenging to reach in a financially sustainable manner. This will require continued collaboration and innovation by the mobile industry, governments, and their partners.

The biggest increases in adoption were seen in South Asia and East Asia and the Pacific. Sub-Saharan Africa now has the largest usage gap at 61%, as well as the largest coverage gap at 17%. Our upcoming report will provide more granular analysis of the trends in mobile internet adoption and use and key barriers to adoption, in particular awareness, literacy and digital skills, affordability, relevant content, and safety and security. For the first time, the report will also include analysis of mobile internet adoption amongst adults aged 18 and above. This is important because many countries, especially in Sub-Saharan Africa and South Asia, have disproportionately young populations that we would not expect to have a mobile internet subscription.

Accelerated efforts are needed to stop the digital divide from widening

While important progress has been achieved in increasing internet adoption and usage, there is a growing digital divide between and within countries. The social and economic impacts of COVID-19 disrupted almost every aspect of people’s lives, but they were especially devastating for the poorest and most vulnerable, as 93 million more people fell into extreme poverty and the pre-pandemic trend of lowering inequality was reversed. As a result, internet adoption has increased more slowly amongst the world’s poorest populations. At the end of 2021, only 20% of the population in Least Developed Countries were using mobile internet, compared to 55% in other LMICs and 83% in high-income countries. Moreover, there is a worrying slow-down in mobile internet adoption for women in LMICs, as highlighted in our recent Mobile Gender Gap Report 2022.

By not having access to the internet, the unconnected – who are more likely to be poor, living in rural areas and women – are less able to cope with the continuing economic and social disruptions caused by the COVID-19 pandemic, climate change, rising energy prices and the cost-of-living crisis. This emphasises the importance and urgency of accelerating internet access and achieving universal meaningful connectivity as quickly as possible.

Our upcoming State of Mobile Internet Connectivity Report 2022 will provide a detailed analysis of the current state of mobile internet connectivity to help inform efforts to address the digital divide. This includes for the first time, not only an analysis of mobile internet connectivity among adults, but also by income group, as well as an assessment of the situation in the Least Developed Countries. It is critical that we ensure no one is left behind in an increasingly connected world.

Our State of Mobile Internet Connectivity Report 2022 will be available here from 19 October 2022.

[1] Carried out every year since 2017, this survey is used to understand access and use of mobile and mobile internet in LMICs. In 2021, it was conducted in 10 low- and middle-income countries.

The Connected Women programme is funded by the UK Foreign, Commonwealth & Development Office (FCDO) and the Swedish International Development Cooperation Agency (SIDA), and is supported by the GSMA and its members.