Beyond one billion accounts: The evolution of Africa’s growing mobile money market – Part 1 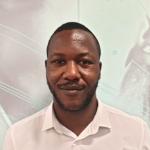 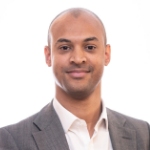 Webinar on demand: Beyond one billion: Exploring the state of mobile money in Africa.

This is the fifth in a series of blogs focusing on the findings of the 2019 State of the Industry Report on Mobile Money.

The African continent pioneered the success of mobile money and has long been viewed, and rightfully so, as the epicentre of this growing industry.

In 2019, the global mobile money industry reached a major milestone by exceeding one billion accounts. This remarkable feat was supported by impressive growth coming from the African continent, which added 51 million new accounts to reach a tally of 471 million registered accounts. Consequently, the region is now firmly on track to exceed half a billion accounts by the end of 2020. In addition to strong accounts growth, mobile money account usage has increased across the continent with active (90 day) accounts growing by 15% Y-o-Y to reach 183 million. Africa now hosts 40 services with more than one million active accounts and notably 6 service with over 5 million accounts.

Mobile money clearly continues to play a crucial role in the financial inclusion of the African population. In African markets where mobile money is available, 1 in every 4 adults is now an active user. Increased urbanisation and downward price pressure on smartphones is also changing consumer behaviour and demand. This, in turn, is attracting new levels of foreign investment, with markets such as Nigeria seeing big-ticket investment in fintech in 2019 (See “A sleeping giant awakens: Nigeria’s payments ecosystem in 365 days”). Continued investment in both mobile money and fintech solutions is a promising sign as this will likely lead to an unprecedented increase in the number of people accessing formal financial services on the continent.

With regard to distribution, mobile money agents in rural areas and hard-to-reach places continue to play a pivotal role in the digitisation of cash in many African markets. As of December 2019, the continent had 3.4 million agents[1] of which 1.9 million were active on a 30-day basis. In terms of reach, this translates to approximately 340 agent outlets per 100,000 African adults compared to only 6 bank branches and 13 ATMs per 100,000 African adults. This extensive distribution network was key to digitising $124 billion on the continent in 2019.

2019 saw a pivotal shift in the use cases of mobile money across the continent. Traditionally, the industry has been dominated by cash-based transactions, but for the first time, digital transactions make up the majority of African mobile money flows. More notably, in December 2019, $13.6 billion circulated in the African mobile money ecosystem. When compared to the amount of money leaving the ecosystem, this was the first time that more money circulated in the system than exited. This is an encouraging sign as it indicates that the mobile money industry in Africa is maturing and is developing into a more viable and sustainable venture.

This shift towards digitisation has been largely driven by customers increasingly diversifying the way in which they use their mobile money accounts beyond basic use cases. The growth in digital payments has been underpinned by increased interoperability with banks as well as a number of strong partnerships with governments, businesses and other third parties, resulting in a stronger digital ecosystem. As of December 2019, more than 3 in 4 African mobile money markets are interoperable (mobile money account-to-account [A2A] and bank interoperability).

In addition to increased interoperability domestically and across the continent, recent trends indicate a further inclusion of the continent as a whole into the global economy. For instance, Visa has partnered up with MFS Africa, a Pan-African digital payments hub connecting over 200 million wallets on the continent, to enable people with mobile money accounts to conduct online transactions within and beyond the African continent.
The interconnectedness of mobile money with the formal national and international financial systems will also be crucial in the coming years, as the industry transitions to what is now being called ‘payments as a platform‘ – and Africa is holding much promise in leading this transition.

Beyond one billion: Exploring the state of mobile money in Africa
Register now for the next SOTIR19 webinar on the success of Africa’s mobile money industry.