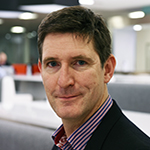 Voice over LTE (VoLTE) is one of the foundational next-generation communications services that global operators are providing to their customers, along with Video over LTE (ViLTE), Voice over Wi-Fi (VoWiFi) and Rich Communications Services (RCS). All of these are underpinned by all-IP networks that can be further enhanced by network interconnection, giving consumers global access to operator-led ‘advanced communications’ services such as pre-calling, instant messaging, live video and real-time photo or file sharing, which work natively on any device and network without the need to download an app.

We highlighted a few in-market VoLTE developments in China and Russia in previous blogs but wanted to provide a global update on the work the GSMA’s Network 2020 programme has been doing to accelerate the adoption of VoLTE around the world and our efforts to remove market fragmentation.

The adoption of VoLTE is quickly becoming mainstream, with over 74 successful commercial operator launches in 41 countries to date, providing subscribers with enhanced voice and sms services and an improved user experience though additional features such as HD Voice and fast call setup. This is in line with the rollout of LTE networks, where there have been 492 LTE launches in 164 countries, meaning the service is now available to approximately 50% of the world’s population. Since VoLTE also utilises an all-IP IMS network its deployment lays the groundwork for advanced communications services such as VoWiFi, RCS and multiple device support. The integration of IP communications in smartphones has also progressed quickly, with 221 VoLTE handset models now available, providing access to rich communications features such as voice, video and messaging .

However, with the rapid increase in VoLTE deployments, minor differences between network implementations have been causing significant issues for interoperability and interconnection. Previous versions of the VoLTE specification IR.92 allowed for optionality and a broad range of parameters to adopt to different network conditions. Consequently, when networks started to interconnect their VoLTE services, different options chosen by different networks caused major delays to making the networks work together. Furthermore, these differences have created problems for device manufacturers, requiring them to spend extra resources customizing their devices for each network. This has resulted in higher costs, fewer devices available, less interoperability and increased time to market. The differences between networks also made introducing VoLTE in Open Market Devices even more difficult, as the manufacturers cannot know which network an Open Market Device will be activated on.

New VoLTE Specification
To address these issues, the GSMA released IR.92 Version 10, an updated version of the VoLTE technical specification which now provides default options and parameter values and a minimum functionality set for all IP-based voice and SMS communications over LTE. The updated specification draws on an industry-wide effort led by the GSMA to address the specification options and differences that led to interconnect issues. It captures the lessons learned from over 70 VoLTE deployments as well as feedback from mobile operators, OEMs and other vendors. Over 550 issues were captured and organized into the GSMA Network 2020’s IP Communications Shared Solutions Registry (IPSSR) and can be accessed via Technical Support. The updated specification will optimise VoLTE and provide a high degree of commonality and interoperability, as well as giving flexibility to MNOs to deal with unique and regional needs. It also covers Open Market Devices, which represent approximately 60% of the handset market. Several markets including China, Korea, Russia and Germany have already committed to supporting the latest specification and have developed regional profiles for both the device interface (UNI) and inter-operator interconnection (NNI).

The GSMA has also developed a list of common configuration parameters which allow device OEMs to adapt their devices to specific MNO or regional configurations. Work is also underway on a new centralised database of operator specific configuration settings as well as a standardized device configuration mechanism which will allow device manufacturers to remotely configure each device with the appropriate settings for the network, the first time the SIM card is inserted into the device. This in turn will allow manufacturers to offer VoLTE in Open Market Devices.

The GSMA has a wide variety of resources available that can help organisations manage details such as cost, time to market and device availability, as well as access to the updated specifications. All of this will help with driving faster and more efficient VoLTE deployments and ensure that future deployments enjoy broad device availability.