Headquartered in Brussels, Belgium, GSMA Europe represents and leads mobile network operators in Europe, Russia and Commonwealth of Independent States (CIS). In this region more than 200 mobile network operators provides connections to 697 million unique subscribers. We use our combined expertise to give the mobile communication industry a single and powerful voice.

The GSMA represents the interests of mobile operators worldwide, uniting more than 750 operators with almost 400 companies in the broader mobile ecosystem, including handset and device makers, software companies, equipment providers and internet companies, as well as organisations in adjacent industry sectors. The GSMA also produces the industry-leading MWC events held annually in Barcelona, Los Angeles and Shanghai, as well as the Mobile 360 Series of regional conferences. 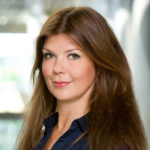 VP and Head of Europe, Russia and CIS, GSMA

Afke is the Regional Lead and Vice President Europe, Russia and the Commonwealth of Independent States (CIS) for the GSMA. Afke is responsible for all Public Policy advocacy activities, Strategic Engagement and Technology Programmes (Digital Identity, Internet of Things, Future Networks, Regulatory Modernisation and Spectrum) of the GSMA in the wider European region.

Afke is also the Vice-Chair of the Alliance of Europeans Telecoms and Automotive (EATA). The main goal is to promote the wider deployment of Connected and Automated Driving in Europe. The Alliance includes almost 40 companies, including telecom operators, vendors, automobile manufacturers and suppliers for both trucks and cars.

Before joining the GSMA, Afke led Microsoft’s EU Institutional Relations Team in Brussels, responsible for Microsoft’s engagement with the EU Institutions, Council of Europe, the OECD and the World Economic Forum (WEF).

Prior to this, Afke served as a Member of Parliament in the Netherlands and was the spokesperson for Economic Affairs and Innovation, Technology and ICT for the People’s Party for Freedom and Democracy (VVD). Previously, she was responsible for KPN’s policy interests and governmental affairs in Europe.

She is a current board member of idate.org, the E-Society Platform, “Onvergetelijk Leven” (specialist day care for elderly people) and has been a board member of ECP-EPN, platform for public-private cooperation in the information society and a board member of the European Internet Foundation (EIF).

Laszlo Toth is the Head of Public Policy of GSMA Europe.  Laszlo leads the public policy team in Brussels, overseeing all the advocacy activities of GSMA Europe and representing European mobile operators on a broad range of policy and regulatory matters. He works closely with members to facilitate coordinated advocacy efforts at the EU level in order to create a policy environment that maximizes the mobile industry’s ability to invest in infrastructure and drive economic growth and social development.

Laszlo started his professional career working at telecoms operators. Prior to joining GSMA in 2011, he spent nine years at the Hungarian public administration, including spells at the Ministry responsible for ICT and at the national telecoms regulator. Laszlo has an MSc. in economics and holds a degree in computer sciences. 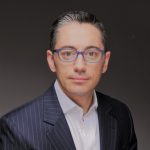 Javier is a telecom strategist, digital transformation and business development executive that works as Head of Innovation for the GSMA in Europe, the association that represents the interests of mobile network operators worldwide. Javier has more than 20 years of experience in the telecom, media and internet space.

Based in Brussels and London, he travels extensively and meets with policy makers and C-level executives of telecom operators and digital ecosystem companies to identify future opportunities for ecosystem collaboration at the edge of innovation: 5G, Artificial Intelligence, IoT, blockchain, and more.

Prior to joining GSMA 5 years ago, he worked for 13 years at Telefonica both in Europe and Latin America. He also worked several years as Telecom & Media corporate finance analyst for HSBC Investment Bank in London.

Javier holds an Advanced Management Program from INSEAD France, an Innovation Program from IMD Switzerland, an MBA from IESE Business School-Barcelona and a double bachelor’s degree in Economics and Business Administration from ICADE-Comillas Pontifical University.

As Senior Director, Strategic Engagement, Kobus Smit is responsible for the engagement of mobile network operators (MNOs) and related parties with GSMA programmes and activities in Europe. This entails bringing together stakeholders around key strategic initiatives for the benefit of mobile operators, the industry as a whole and the millions of people using telecommunication products every day.

Prior to joining the GSMA, Kobus spent 8 years with Deutsche Telekom, where he was responsible for the development and evolution of Voice and Messaging products. During this time, he was Chair of the “IP Communication Leadership Team” – a cooperation between the world’s leading telecommunication companies to deliver enriched, quality communication services globally.

Earlier in his career, Kobus was CMO of Nimbuzz (mobile chat, messaging and VoIP provider), headed a mobile start-up, led Product Marketing for a major energy provider and held positions in Management- and Strategy Consulting.

Kobus holds an MBA from the Rotterdam School of Management and degrees in Industrial Engineering from the University of Pretoria. He has lived and worked in South Africa, the United Kingdom, the Netherlands and Germany. 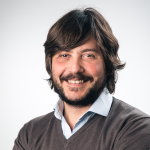 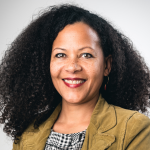 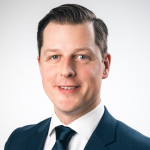 Tomas Jakimavicius is a Public Policy Director for the European region at the GSMA. He is working on government and regulatory affairs, where he focuses on the EU telecoms & digital regulatory and policy developments that affect mobile communications industry. In his role, he creates public affairs strategies for the GSMA membership, as well as facilitates the association members when executing advocacy campaigns geared toward their public policy and business goals.

Prior to joining the GSMA, Tomas has served as a diplomat with the Lithuanian Permanent Representation to the EU, where he represented Lithuania at the EU Council as the Telecoms and Digital Affairs Attaché in 2010-2014. He was also a Chairman of the EU Council’s ‘Telecommunications and Information Society’ Working Group during the Lithuanian Presidency of the Council of the EU, in the second half of 2013.

Prior to this role, he served at the Ministry of Transport and Communications of the Republic of Lithuania, where he was a Chief Policy Expert at the ICT Policy department in 2009-2010.
Earlier in his career, Tomas held advisory and consultancy positions in the private IT and trade business sector companies.

Tomas received a Masters of Leadership with an International Relations concentration from Boston University, Mass. (US), a Masters of Enterprise Information systems from University of Westminster, London (UK) and a Bachelors of Informatics from the Kaunas University of Technology in Lithuania. 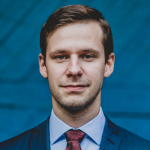 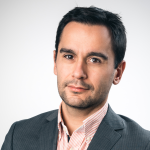 Joop Hazenberg deals with external relations at GSMA Europe, focusing on topics like Connected Cars, Mobile for Development and renewable energy for mobile networks. He has worked for over a decade on European integration and is based in Brussels since 2013.

After a career in governmental circles in The Netherlands, Joop became a freelancer, developing projects on major shifts in society. Since 2009 he has published five books and one documentary, has given over a hundred keynote speeches at (international) conferences, had many media appearances (including BBC World) and has founded a think-tank in the Netherlands.

He has a Masters degree in History and Journalism from the Rijksuniversiteit Groningen. 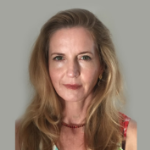 Noelle is a veteran business journalist with more than 25 years of experience at nine media companies. In 2015, she helped launch Politico Europe in Brussels as the technology editor. Before that, she was the editor of CFO coverage for The Wall Street Journal in New York and reported on the financial crisis whilst at the Associated Press.

Fluent in French, Noelle opened the Brussels bureau for USA Today in 2003 and reported stories from 16 countries. An active mentor throughout her career, Noelle is one of the leaders of the mentoring program for Professional Women International in Brussels. Originally from San Diego, California, she studied economics at the University of California at Berkeley.

As Antitrust Counsel Maria provides advice and counsel to GSMA departments on all aspects of antitrust law and policy. Additionally, Maria follows antitrust policy and enforcement developments in the world with a particular focus in Europe and the European Union Institutions.

Before joining the GSMA in 2017, Maria worked for a Public Affairs consultancy in Brussels, where she developed and implemented public affairs, communications and public relations campaigns for clients in the technology, competition and social affairs sectors. Maria moved to Brussels in 2012 to work for the European Commission Competition department and prior to that worked as a competition and EU lawyer for an international law firm in Madrid (Spain). 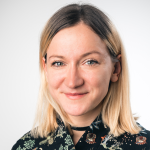 As Senior Marketing Manager, Ruta is heading marketing and communications activities and partnership management in Europe, Russia, and CIS countries. In her role, she collaborates closely with colleagues from the regional team, Industry Programmes, Advocacy Initiatives, and the Mobile 360 Series team to create and implement region-specific marketing campaigns.

Before to joining the GSMA in 2017, Ruta was responsible for communications and outreach activities at the European Internet Forum (EIF), a high-level platform bringing together members of the European Parliament, tech business leaders and relevant stakeholders to discuss the future of digital/tech/mobile in the EU. Prior roles on her CV include working in the European Commission’s external communications team and within the advertising and banking sectors in Lithuania. 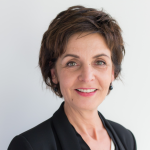 Anne-Benedicte holds the post of Office Manager at GSMA Europe office in Brussels, where she develops, coordinates and manages financial, logistic and administrative matters. She is also the personal assistant to the VP and Head of Europe, Russia and CIS. Prior to joining the GSMA, she worked many years as a lawyer in Brussels before embarking on an exciting family life for 15 years in England and the US, where she relished being just a Mom. 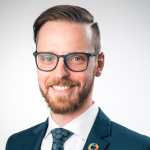 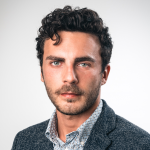 Pierantonio Rizzo is a Public Policy Manager for the Policy & Regulatory Affairs team at GSMA Europe, working primarily on Consumer Protection, Platforms, Copyright and Cybersecurity issues. In his role, Pierantonio creates public affairs strategies for the membership and represents the GSMA towards the EU Institutions.

Prior to joining the GSMA in 2017, Pierantonio worked at the European Parliament, where he followed the workstream of the IMCO and AFET Committees. He began his career as an articled-clerk in an Italian law firm and then moved to Brussels to intern for Rohde Public Policy, a public affairs consultancy firm. 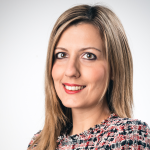 Maria’s responsibilities at the GSMA include building a strategic outreach approach to achieve the association’s policy goals as they relate to the EU, in particular to the European Parliament. She monitors regulatory matters affecting the GSMA members in the areas of artificial intelligence, electronic evidence and illegal content online and facilitates developing public policy positions on the aforementioned topics. Maria coordinates the activities of the EMF & Health Operator Expert Group and the work around the annual EMF Forum. She also supports the events management, including the Mobile Meetings Series, the MEP delegation at MWC as well as the marketing activities.

Before joining the GSMA, Maria worked for the European Young Innovators Forum, where she managed the strategic partnerships with BNP Paribas, Huawei, Deutsche Bahn, MIT Technology Review, as well as the cooperation with the EU Institutions. Prior to this role, Maria worked for HM Government of Gibraltar Representation to the EU and the European Commission’s DG CONNECT. She also acquired work experience at the national government level (Embassy of France in Athens, Embassy of Greece in London).

Maria received an MSc in European Studies from the London School of Economics (LSE), after completing her studies in Conference Interpreting in Greece and having lived in several countries, namely the UK, France, Belgium and Turkey. Maria is a Greek native speaker with excellent language skills in English, French and Italian.

Outside of the GSMA, Maria is leading the events team of the LSE Alumni Association Belgium. 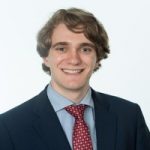 Paul Alix is Government Affairs Coordinator for the Public Policy and Regulatory Affairs team at the GSMA Europe office. His work includes facilitating engagement with EU institutions and policymakers in the EU Member States and supporting GSMA’s advocacy on regulation concerning the European Digital Single Market. Prior to joining GSMA, Paul worked in the US finance and legal sectors and interned at UNDP. Paul holds an MPA in Development Practice from Columbia University’s School of International and Public Affairs and a BA in International Affairs from Vesalius College.