Does just being a woman reduce the likelihood of using mobile? 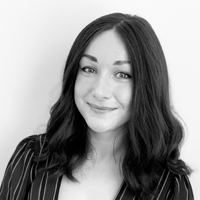 While this ‘mobile gender gap’ is well-documented, new econometric analysis by GSMA Intelligence and GSMA Connected Women finds that women are less likely than men to own a mobile phone, use mobile internet, or own a smartphone, even when other relevant socioeconomic and demographic factors are controlled for.

As a result, women are prevented from accessing essential services for health, education and finance, especially during the COVID-19 pandemic. In order to address this issue, it is essential to understand what the underlying drivers of the gap are.

Are women less likely to use mobile because of broader gender inequalities in literacy, education, income or employment? Or are there other factors at play?

In order to answer these questions, we have carried out new quantitative analysis[2] to better understand the key drivers of mobile ownership, mobile internet use and smartphone ownership, using three years of data (spanning 2017-19) across 31 LMICs from GSMA Intelligence’s face-to-face consumer surveys.

The results show how key demographics influence uptake of mobile handsets, mobile internet and smartphones, building on previous research by various organisations on how different factors impact the mobile gender gap. Our findings show that:

Women are less likely than men to own a mobile phone, use mobile internet or own a smartphone, even when other relevant socioeconomic and demographic factors are controlled for.

Due to broader gender inequalities in literacy, education, income or employment, women are less likely to adopt and use mobile technology than men according to the results above. However, addressing these inequalities will not close the gender gap completely. Even if women in LMICs had the same levels of education, income, literacy and employment as men, our analysis finds that there would still be a gap in the adoption and use of mobile technology.

In other words, this additional negative effect can be solely attributed to gender.

This ‘gender effect’ could be attributed to mechanisms which are hard to measure such as discrimination and social norms. We found that this gender effect is worse for women living in rural areas, women that are unemployed, and women with lower levels of literacy. By region, this gender effect was particularly strong in Africa and Asia, whereas in Latin America women are just as likely as men to own a mobile, use mobile internet or own a smartphone, once other relevant factors are controlled for. This suggests that certain types of women face different degrees of the gender effect which prevents them from becoming digitally included.

The results of this study have important implications.

They suggest that even if broader gender inequalities in socio-economic outcomes are addressed, such as equalising access to income and education among men and women (which in itself is unlikely to occur in the short-term[3]), there is still likely to be a persistent mobile gender gap. These less visible drivers, which could for example relate to discrimination or social norms in certain countries, and which certain segments of women appear to experience more acutely, need to be better understood and addressed if the gender gap is to ever be closed.

[2] A working paper is available upon request from GSMA Intelligence