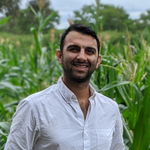 Many industries have a publication that showcases the sector’s progress. For the financial inclusion space, there are two: the GSMA’s annual State of the Industry Report on Mobile Money and the World Banks’ Global Findex. Published every three years, the Global Findex measures account ownership around the world. The latest version was released in 2022, and covers the period from 2018-2021. This edition includes part of the COVID-19 pandemic’s impact on global financial service use trends.

Mobile money use had been growing prior to 2020, but the onset of the pandemic accelerated the use of digital financial services further: a fact that the latest Global Findex supports. For instance, each of Benin, Cameroon, the Republic of Congo, Gabon, Ghana, Malawi, Togo, and Zambia witnessed double-digit growth in the use mobile money accounts for financial transactions. In addition, social payments were made to beneficiaries’ mobile money accounts, serving as an essential cushion against any risks to livelihoods.

Beyond this, the 2021 Global Findex has highlighted a few important mobile money-related trends:

The gender gap in developing economies persists, but mobile money has been narrowing the gap
About 54% of all unbanked people globally are women. In developing countries, there is an 8% gap in account ownership between men and women. In 15 Sub-Saharan economies in which 20% or more of adults have only a mobile money account, all but Uganda have a statistically significant gender gap for account ownership overall (i.e., all types of financial accounts). Yet in seven of these countries, more women than men had only a mobile money account.

In fragile and conflict-affected states, mobile money is the most common type of financial account
This reflects the ability of the service to thrive even in difficult environments. The growing use of mobile money for humanitarian cash transfers is one example of how that is working in practice. Fragile and conflict-affected states saw an increase of over 70% in the share of adults with a mobile money account, in parallel with a stagnation or a decrease in the share of adults with a financial institution account.

To tackle financial exclusion in Sub-Saharan Africa, Findex 2021 highlights opportunities to target the most common use cases – all of which are available through mobile money:

Utilities: 620 million
At least 620 million adults with an account still use cash to pay utility bills. Most are in developing countries, where 49% of adults made regular utility bill payments. In countries where at least a third of adults have a mobile money account, the majority still use cash to pay for utilities in Benin, Cameroon, the Republic of Congo, Ghana, Liberia and Togo.

Agriculture: 145 million
About 11% of unbanked adults in developing countries, i.e., 145 million people, received cash payments for the sale of agricultural products. Of these, around 65 million people are women. Nearly half of the 145 million are in Sub-Saharan Africa, while around 55% have a mobile phone.

Between 2018 and 2021, many economies in Sub-Saharan Africa saw growth in mobile money accounts accompanied by a decline in financial institution accounts (e.g., bank accounts). Where this was the case, only four countries saw a drop in the overall percentage of adults with an account of any kind. Mobile money is now considered a mainstream financial services, and is being used for much more than just payments.

To find out more about the growth of mobile money, read through our milestone 10th State of the Industry Report on Mobile Money.