Mobile money in the Solomon Islands: Why Our Telekom’s launch can improve financial inclusion 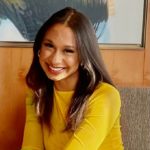 By early 2023, mobile money services are expected to be launched in the Solomon Islands via local mobile network operator Our Telekom, in partnership with United Nations Capital Development Fund. This will be a pivotal moment as the population of the Solomon Islands (around 700,000) has chronically struggled to access financial services. This launch is important for the region as well, as there are only three other Pacific Island nations with mobile money services.

Among different groups in the country, women, rural residents, and elderly populations tend to be underserved. According to the UNCDF’s 2021 Inclusive digital economy scorecard, Solomon Islands scores an overall 54% for digital inclusiveness and 76% for women-inclusiveness. While the level of inclusion for women is higher than in neighbouring countries such as Papua New Guinea and Vanuatu, the digital divide for rural, youth, elderly, migrants, disabled and refugees is around 50%. The Solomon Islands’ score for digital literacy is 42%, indicative of low internet use in the country and low smartphone ownership.

Mobile money has the potential to improve financial inclusion in the Solomon Islands by overcoming both geographic and socioeconomic barriers. Given its geography and that 75% of the population is rural, traditional brick-and-mortar financial services are extremely hard to reach. The average distance to all financial service points exceeds an hour due to poor road networks and low branch density. In fact, nearly a third of the population uses a canoe or boat to reach their nearest bank branch. By allowing users to transact from anywhere, mobile money can greatly reduce the opportunity and economic costs for the population to transact, especially for the majority rural population.

Mobile money can raise rural incomes and offer access to savings to the rural population – many of whom derive their primary income from subsistence-based activities. As a result, most rural dwellers have to travel great distances to urban centres to transact and store their money. The average one-way cost to reach a traditional bank branch in the Solomon Islands is US $8.67 — almost twice the annual gross national income per capita per day (about US $4.40).  Ultimately, mobile money offers subsistence-reliant populations more time and opportunity savings by limiting the need to travel great distances to a bank or financial institutions and lowering transaction costs in the process.

This move towards mobile money translates to even larger gains for the country as a whole. Increased time and opportunity savings can lead to improved food security, and higher and more stable education enrolment levels. On top of this, mobile money can increase disaster resilience, as accessing funds may become easier in times of need, as will sending and receiving funds both domestically and internationally. Mobile money offers Solomon Islanders the ability to respond more quickly to exogenous shocks at large, such as climate, disaster and epidemiological shocks, and can allow development progress to continue.

Several best practices from past and existing mobile money services should be considered to ensure that Our Telekom’s launch is successful and sustainable. As the total addressable market within the country is quite small, to make mobile money profitable for providers, there should be a focus on customer acquisition through encouraging an increase in transactions per person. This involves encouraging businesses, government, and utility companies to use mobile money for billing and payments. In addition, the KYC requirements should be designed to be accessible for all Solomon Islanders, particularly the majority rural population. This would mean accepting documents other than those issued officially by the government, such as written references from village elders/chiefs, student cards, or public utility bills.

To ensure mobile money reaches the bulk of the Solomon Islands’ population, providers should ensure that their products, advertising, and agents are offered in the country’s major languages. Lastly, to ensure services capture the entire market, special attention should be paid to reaching women and their catering to financial needs. This can be done via gender-diverse agents, as women feel more comfortable dealing with female mobile money agents. Ultimately, mobile money has the power to create lasting change for all Solomon Islanders and the nation’s development path — it is up to mobile money providers and the government alike to ensure the service is sustainable and strives to reach all people.

To find out more about the growth of mobile money, read through our milestone 10th State of the Industry Report on Mobile Money.