A spotlight on Libra – Part I: Assessing the true potential of Libra’s financial inclusion objectives

In June 2019, Facebook announced the launch of Libra, a digital currency based on a new decentralised blockchain, backed by a reserve of real fiat currencies guaranteeing built-in low volatility.

In this first blog of a series exploring Libra, we will assess Libra’s financial inclusion potential based on a quantitative breakdown and key qualitative considerations. The second and third part of the series will look at the technological setup of the platform and explore the regulatory constraints facing Libra’s intended global expansion.

As one of its key objectives, Libra aims to reach the 1.7 billion adults who remain outside the formal financial system by reducing the costs of circulation to zero (or almost zero) for customers. Transaction fees remain one of the main barriers to increasing uptake and usage of financial services, and removing these barriers would certainly be a strong catalyst for the service.

When assessing Libra’s true potential in reaching the financially excluded, however, the following challenges are set to limit its intended reach, at least during its first years of operation: 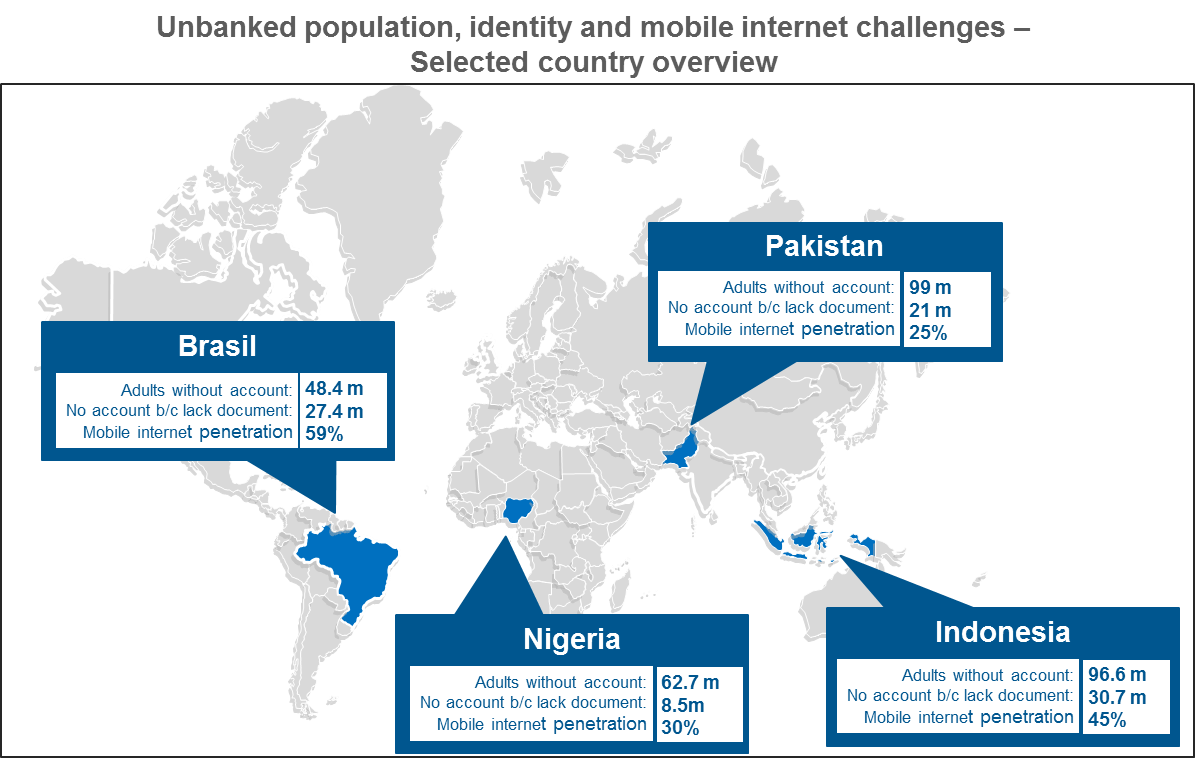 Even discounting the large number of unbanked adults who don’t have formal ID or mobile internet, and whom Libra won’t be able to reach in its initial stages, we estimate that Facebook’s digital currency still has the potential to reach between 370 and 800 million unbanked people1 by providing access to financial services, cheap capital, and the open, instant, and low-cost movement of money. When assessing the longer term picture, research shows a move from cash to digital and a strong increase of smartphone adoption and access to internet in emerging countries over the next five years. However, when addressing financial inclusion even in the longer term, some further constraints will need to be addressed by Libra:

As the mobile money industry can testify, trust and reliability are critical to the success of a digital financial service and must be established both with consumers and, particularly in the context of emerging markets, regulators and policymakers. In the next blog, we will explore the main regulatory challenges facing Libra in its pursuit of ambitious objectives.