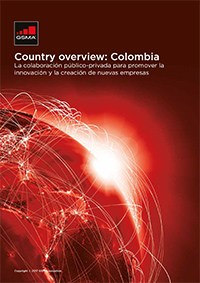 Mobile industry collaborating with government to promote entrepreneurship and innovation

Colombia, Latin America’s third largest country by population and fourth largest economy, has performed well economically over the past decade. Government initiatives and policies under the Vive Digital (Live Digitally) plan have played a part in the economy’s strong performance.
The plan sets the country up for the long term in terms of the economy and improving the quality of life for citizens. The first phase promoted broadband coverage and adoption across the country – demographically, geographically and across all social classes. Mobile operators, incentivised by this digital agenda, have played their part, investing $9 billion in networks and spectrum since the start of the decade. As a result, mobile broadband coverage in Colombia exceeds 90% for 3G, with 4G coverage expanding rapidly and now reaching nearly two-thirds of the population. 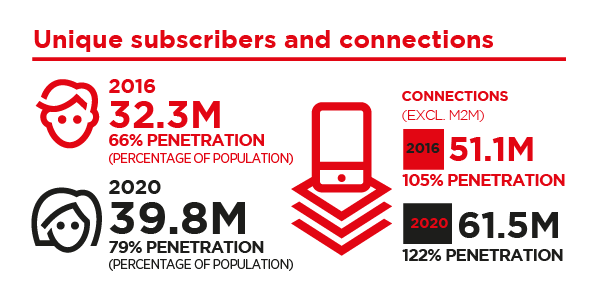