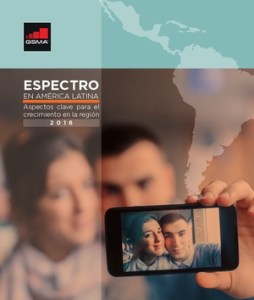 In the last six years, mobile operators in Latin America have invested more than $11.2 billion in acquiring new spectrum. The average spectrum assigned per country in the region is currently 311 MHz, up 40 per cent from 2012. This increase is the result of licensing the 4G spectrum bands (AWS 1700–2100 MHz, 2.6 GHz and 700 MHz) throughout the region.

A constant and growing demand for data by mobile phone users has been identified in the last few yeas. According to Ericsson, traffic has quadrupled since 2010. This is the result of a higher number of connected Latin Americans (almost 400 million by the end of 2015, more than 50 per cent of the population according to GSMA Intelligence), who increasingly consume more data per user.